By Tom Beck
Corinthians are desperate to get the Brazilian striker off their books, with the former Serie A star eager to test his ability in England's top-flight

Chelsea are edging ever closer to sealing a deal to bring former Brazil international Alexandre Pato on loan to the club from Corinthians, according to the Daily Mail.

The report states the Stamford Bridge club are eager to bolster their attacking options - especially in Europe - and take the goalscoring burden off main striker Diego Costa.

Pato enjoyed relative success earlier in his career with Serie A side AC Milan, where he scored 63 goals in 150 games, before returning to his native Brazil three years ago.

The Blues are interested in a short-term deal for the 26-year-old with the possibility of a permanent switch to follow. 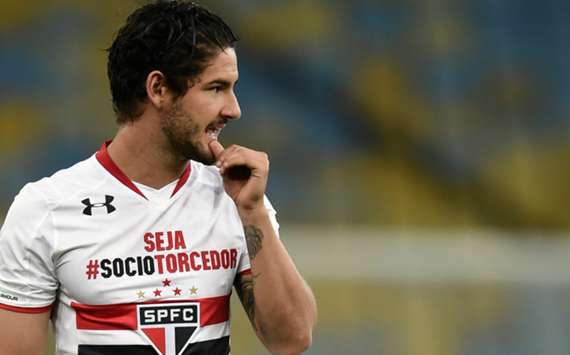