The Valencia centre-back arrived in England on Monday to seal his switch to the Etihad Stadium although Eliaquim Mangala will not be heading in the opposite direction
Valencia defender Nicolas Otamendi has arrived in England to complete his move to Manchester City.

As reported by Goal on Sunday, the Premier League club are closing in on a £25 million deal for the Argentina international centre-back, and Otamendi has now joined agent Jorge Mendes in Manchester for talks.

The move will not, however, include Eliaquim Mangala heading in the opposite direction, with City having abandoned plans to offload the Frenchman, who gave arguably his strongest performance for the club in Sunday's 3-0 win over Chelsea.

Goal understands that talented forward Marcos Lopes, 19, could now be heading to Valencia as part of the deal for Otamendi, who had previously been a top target for rivals Manchester United in the summer transfer window. 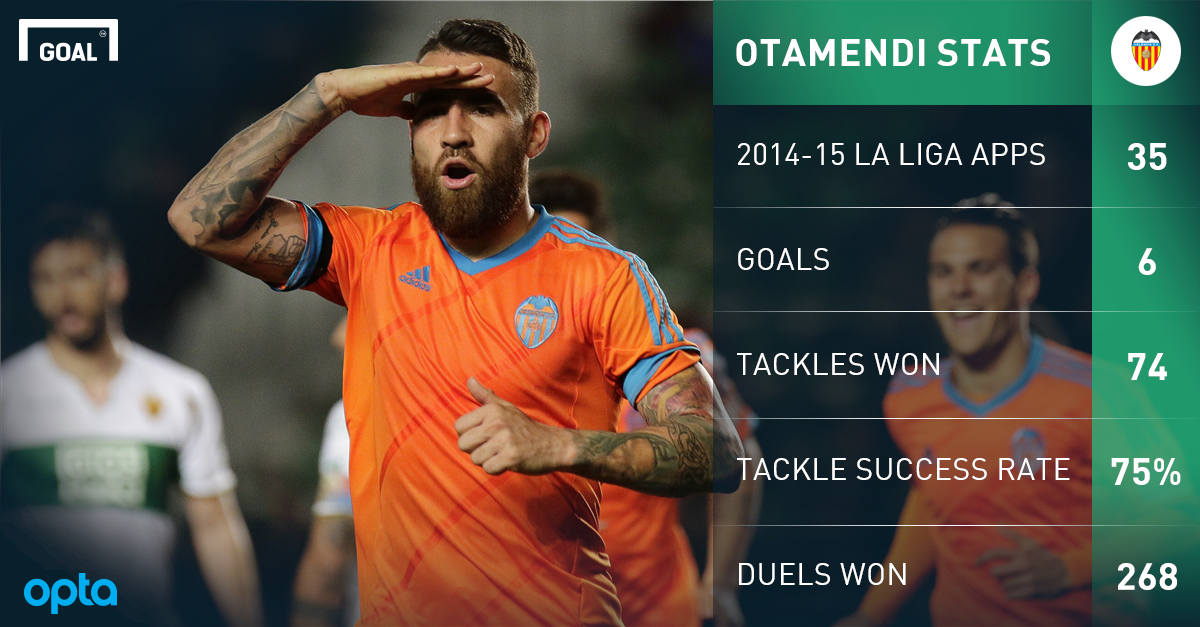 Despite their positive 2014-15 campaign, Los Che, who still owe City for the signing of Alvaro Negredo, remain in a position of financial vulnerability and are under pressure to sell to ensure they meet Financial Fair Play obligations.

The Belgium international, who was the subject of a £45m bid from City, insisted on Monday that he will be playing for the Bundesliga club this season, effectively ruling out a switch to the Etihad Stadium.