A deal for the Torino right-back is expected to be announced in the coming days, though negotiations for a top-level centre-back have proven far more complicated

Manchester United are set to complete the signing of Torino right-back Matteo Darmian and are still in talks to sign Nicolas Otamendi, Goal understands.

United are believed to have agreed a deal worth €18 million (£12.9m) plus €2m (£1.4m) in add-ons with the Turin club for Italy international Darmian, and an announcement is expected in the coming days.

Negotiations for a top-level centre-back have proven more troublesome, however. Despite a very real intent to sign Sergio Ramos from Real Madrid, the club are reluctant pay more than £35m and have also been thwarted in their attempts to include him in any deal that would take David De Gea to the Santiago Bernabeu.

United and Madrid cannot agree on the valuation of the Spain international, with the English side said to be holding out for a world-record fee for the goalkeeper despite his contract expiring at the end of next season. 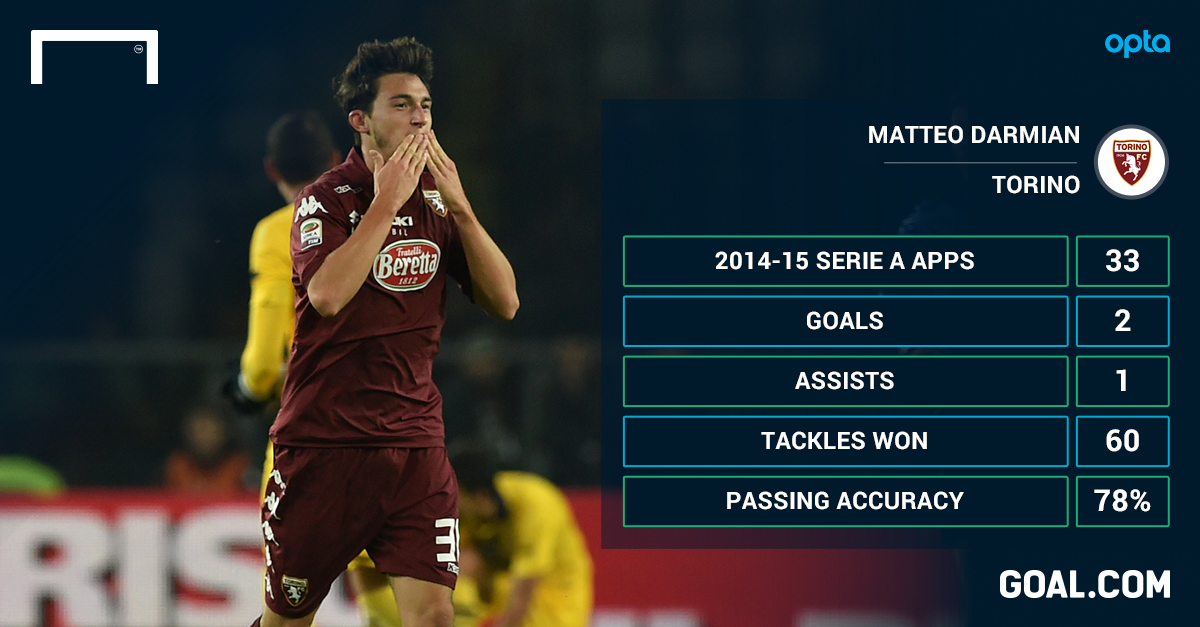 Interest in Ramos, which emerged in the middle of June, appeared to put the breaks on what had seemed an imminent move for Otamendi.

But Goal understands the club remain interested in the Argentina centre-back, who shone for his country at the Copa America despite finishing on the losing side in Saturday's final, and they are hoping to negotiate a deal via influential agent Jorge Mendes.

The main stumbling block to date had been Valencia's insistence on receiving €50m (£35m) for Otamendi's services.

That stance, however, was most aggressively taken by executive president Amadeo Salvo, who refused to consider anything less than the club's stated asking price in public and in private.

But Salvo left the club at the end of June as Valencia president Peter Lim continues his overhaul at Mestalla, and there is now hope at Old Trafford that they can sign Otamendi for a reduced fee. 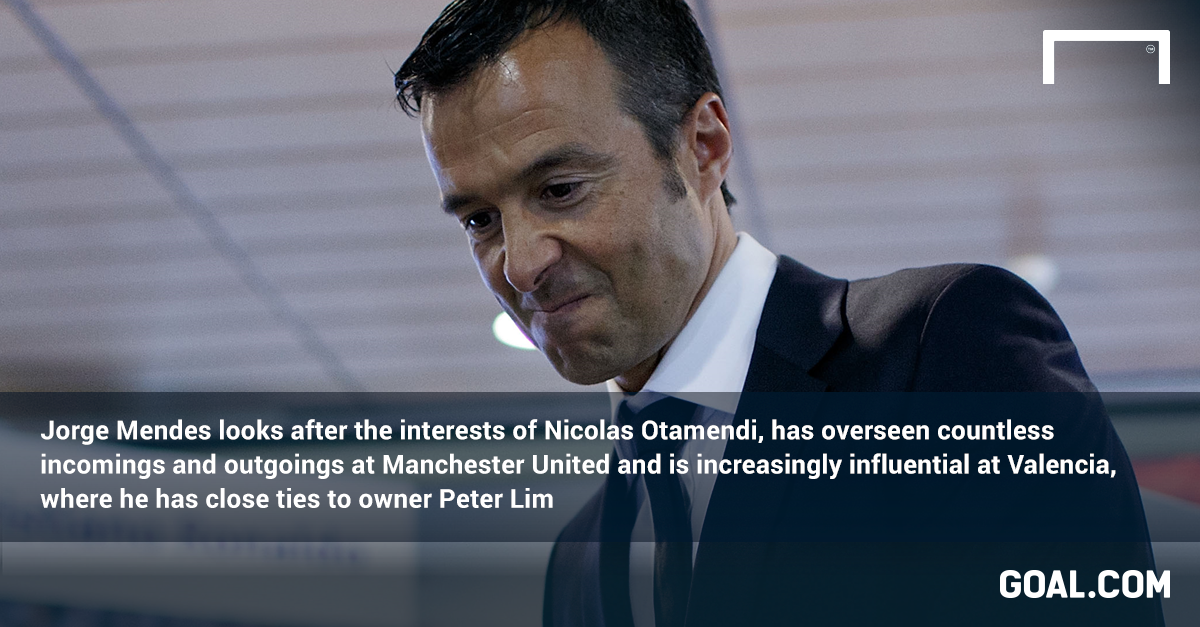 Mendes maintains a strong relationship with all parties involved in the deal and it is hoped he can smooth over negotiations.

The Portuguese super-agent, alongside Eugenio Lopez, looks after Otamendi's interests and helped broker his controversial move from Porto to Valencia, via a six-month loan spell at Atletico Mineiro, in 2014.

He has also brought several players, including De Gea, Cristiano Ronaldo, Nani and Radamel Falcao, to Old Trafford in recent years and has a good relationship with United CEO and transfer chief Ed Woodward, who replaced David Gill in 2013.

Likewise, Mendes is close to Valencia owner Lim and as recently as January oversaw a €25m (£17.9m) move for Enzo Perez from Benfica. 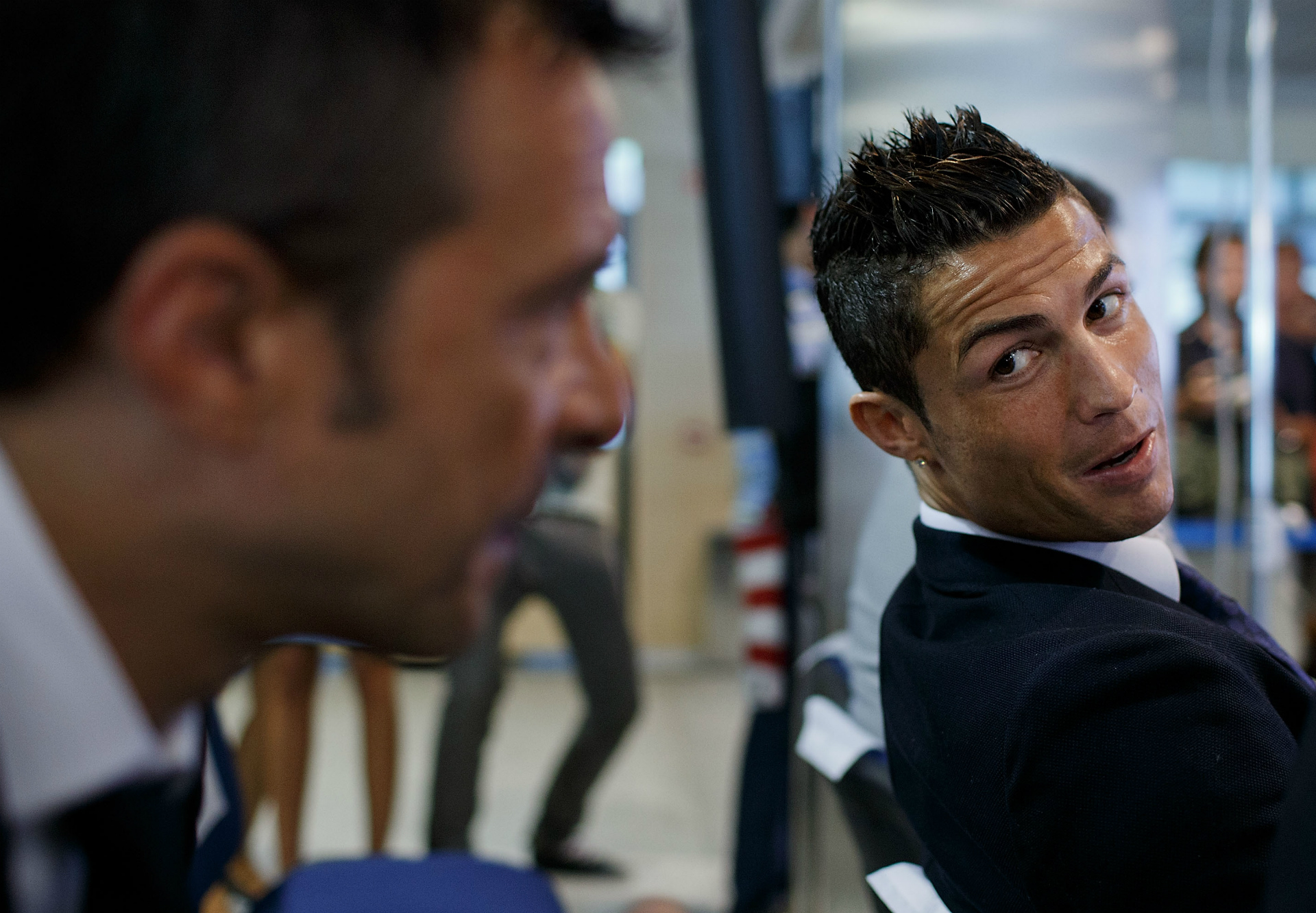 Otamendi's representative Lopez made it known in the middle of June that he would negotiate his client's exit from Mestalla with Mendes, not Salvo, as his frustrations bubbled over.

With United wary of being used to help secure a new contract for Ramos at Madrid, they have continued talks for Otamendi as they forge ahead with their recruitment drive ahead of the new season.

Valencia, too, are on the look-out for a new centre-back and Otamendi's Argentina colleague Ezequiel Garay, another Mendes client, has been linked with a move from Zenit St Petersburg.

Garay was Otamendi's partner at the Copa America until picking up an injury ahead of the 6-1 semi-final victory over Paraguay, and he has also been linked with a move to Madrid should Ramos depart this summer.
Close