Memphis Depay has told Manchester United he wants to join them as they close in on a deal to bring the PSV star to Old Trafford.

The €31 million-rated winger is one of European football's hottest properties and is also a leading target for Liverpool and Tottenham this summer, with both clubs sending scouts to watch him in recent weeks.

United, though, are confident Depay will join the club and sources have told Goal they are making 'strong progress' both in negotiations with PSV and the 21-year-old’s representatives.

Goal first revealed last summer that Manchester United manager Louis van Gaal had urged the 21-year-old to stay in the Netherlands for a year with a view to a big-money move at the end of the current season.

The pair have a strong relationship after Van Gaal handed Depay his international debut before taking him to the World Cup, where he scored twice and was shortlisted for the young player of the tournament award.

Depay has sought assurances that he will feature heavily in Van Gaal’s plans at United so he can build on the sparkling form that has seen him score 22 goals in 33 matches in all competitions this season.

United have close ties with Depay’s management group and believe they have seen off strong competition, particularly from Tottenham who saw a bid rejected last summer, to sign the speedy winger.

The 13-time Netherlands international is almost certain to leave PSV this summer with the Eindhoven club runaways leaders in the Eredivisie, holding an 11-point advantage over second-placed Ajax. 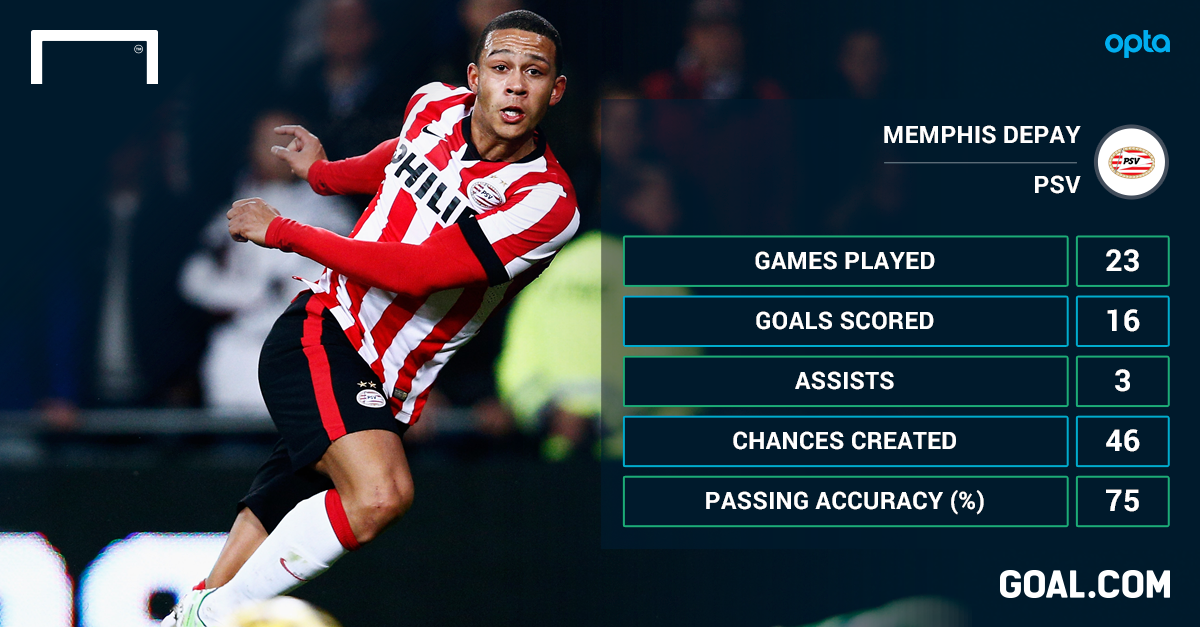 Executive vice-chairman Ed Woodward is keen to tie up transfer deals early despite doubts over whether the club will finish in the top four and book a place in next season’s Champions League.

The 20-time champions are prepared to spend another €209 million this year to strengthen the squad and provide Van Gaal with a team capable of challenging for the title next term.

Depay’s anticipated arrival at United could raise fresh doubts over the future of some of their stars, including record signing Angel Di Maria.

The Argentine has struggled to settle on and off the pitch since his €83m switch to United from Real Madrid last summer, scoring just four goals in 26 appearances.

Di Maria was sent off during the FA Cup quarter-final defeat to Arsenal earlier this month and Van Gaal recently admitted he will not stand in the attacking midfielder’s way if he seeks a summer move.

"As a manager, you can never say no or yes because the player at the end shall always decide but I don't think he shall move," the Dutchman told reporters. "Despite his incident with his wife at home, he is very pleased to be here at Manchester United.

"I'm always like that. When you see my history – that's part of my philosophy. A player is not just a man who kicks the ball from A to B. Also, his environment is influencing him.

"So I shall always be open for that conversation but I know also the commercial interests of the club and we have to respect that. You cannot give a lot of money for a player and then, next season, put him out of your selection.”
Close