The Wolfsburg midfielder has been identified as a key target after the former Liverpool man confirmed his desire to depart the club, with Munich his likely destination
EXCLUSIVE
By Adrian Boullosa

Real Madrid will turn to Wolfsburg midfielder Luiz Gustavo in the wake of Xabi Alonso's dramatic request to leave the club and join Bayern Munich.

The 32-year-old informed Madrid on Wednesday of his desire to leave and it is believed that his likely role as a substitute in the season ahead, due to the arrival of Toni Kroos, has influenced his decision to move on.

The midfielder will formalise his intention on Thursday, with Pep Guardiola keen to tie the player onto a two-year contract at Bayern. Guardiola has been active in the transfer market as a response to the injury setback suffered by Javi Martinez, who could miss the entire 2014-15 campaign due to a cruciate ligament injury sustained in the DFL-Supercup against Borussia Dortmund.

Defender Mehdi Benatia arrived from Roma on Tuesday, and with ongoing concerns over the fitness of Bastian Schweinsteiger and Thiago Alcantara, Guardiola has decided to add experience in the form of the Spain legend, who also announced his decision to retire from international football within the last 24 hours. 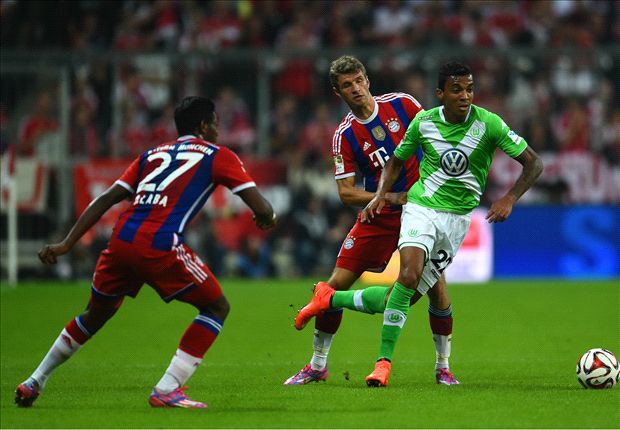 WARRIOR | Luiz Gustavo battles past challenges in the Bundesliga clash with Bayern last week
Madrid have already identified their replacement and Goal understands that a deal for Luiz Gustavo is close to being concluded, with the player keen to feature for the Champions League holders next season. The club are confident of having all the necessary paperwork complete in time for the transfer window closing on September 1.

Madrid have been extremely active in the market already this summer, with the acquisition of Kroos, Keylor Navas and James Rodriguez, while Angel Di Maria completed an €84m move to Manchester United earlier this week and Alvaro Morata departed for Juventus in July.

One player who will not be leaving, however, is Alvaro Arbeloa. Goal understands that the right-back has no intention to depart and will remain until at least the end of next season as cover for first-choice defender Daniel Carvajal.
Close