By Stephen Darwin
The new signing at Stamford Bridge has confirmed that Arsene Wenger's side decided against opening talks with him and that he is looking to win trophies with the Blues
New Chelsea signing Cesc Fabregas has revealed that Arsenal turned down the option to re-sign him after completing his switch from Barcelona on Thursday.

Arsene Wenger's side were in a position to open negotiations with the 27-year-old over a potential return to Emirates Stadium although the Gunners decided against taking up the option, paving the way for a switch to Stamford Bridge.

Manchester City were also in the hunt for the Spain international, with Goal reporting on June 5 that the Premier League champions tabled a £28.4 million bid, although he admits that Jose Mourinho's Chelsea were his best option.

Fabregas wrote on his official Facebook page: "Firstly I would like to thank everyone at FC Barcelona where I enjoyed 3 wonderful years. It was my childhood club and I will always be proud and honoured that I had a chance to play for such a great team.

"I do feel that I have unfinished business in the Premier League and now is the right time for me to return. Yes, everyone knows that Arsenal had the first option to sign me. They decided not to take this option and therefore it wasn't meant to be. I wish them well in the future.

"I considered all the other offers very carefully and I firmly believe that Chelsea is the best choice. They match my footballing ambitions with their hunger and desire to win trophies. They have an amazing squad of players and an incredible manager. I am fully committed to this team and I can't wait to start playing.

"It was extremely important to me that this transfer was completed before the World Cup so that my mind will only be focused on hopefully helping my country try to retain the trophy." 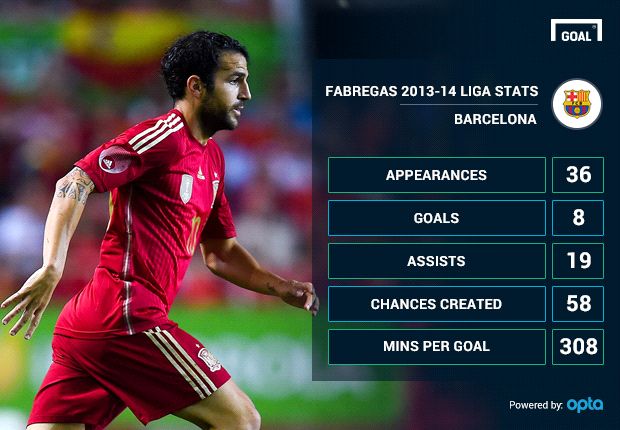