By Salvatore Landolina
It's official. Ibrahimovic has joined Milan...

Zlatan Ibrahimovic is now a Milan player and will sign a four-year contract, the Italian club said in a statement on Saturday.

Adriano Galliani's efforts of staying in Barcelona to negotiate in what has been a week of progressive talks have paid off and he comes back to Milan with the former Inter player in the bag.

Mission accomplished then for Silvio Berlusconi who last month said if there was a chance to land a megastar he "would do so".

"AC Milan would like to communicate they have signed Zlatan Ibrahimovic from Barcelona on a loan deal with the right to an option to buy him after the 2010/2011 season for the sum of €24m.

"He will have a medical on Monday and then sign his contract."

Adriano Galliani also confirmed the figures of the deal and how Milan have obtained the player.

He told the press in Barcelona: "Yes we have defined the acquisition on loan with right to buy at €24m. The player will sign his contract on Monday.

"That is the figure we will pay over three years of €8m. I want to thank all of Milan and Silvio Berlusconi who made a big effort for this operation." 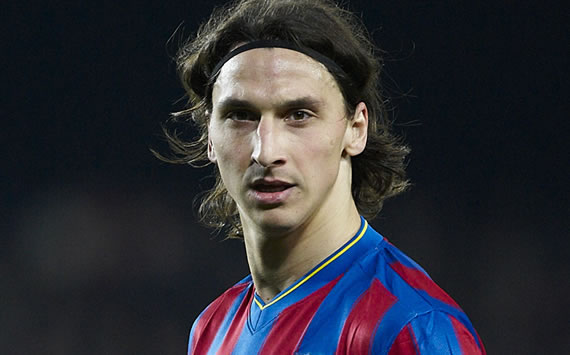 Ibrahimovic added: "Milan are one of the strongest clubs in the world. We have a fantastic attack."

"I am a Milan player. I am really happy that everything has turned out for the best. They had a fantastic season last year, and I have nothing to say to the Inter supporters.

"This move gives me more adrenaline. I have moved here to win the Champions League with Milan. I want to win the double."

And, of course, a week of ups and downs wouldn't be complete without a comment from Mino Raiola.

The deal is a scoop for Milan who have obtained a massive discount on the fee after Barcelona paid Inter around €66m for the striker last year when he joined them from Inter.﻿

Goal.com is proud to be a premier partner of Digg.com and as such is pleased to offer exclusive invitations to our users to become a participant in the alpha launch of the new Digg.com. Click here for your access code for the Digg alpha site. Invitations are limited and are on a fist come first serve basis, so act now!