By Andrew McLean
Balotelli's transfer blues near an end....
According to reports in the Daily Mail, Manchester City have finally agreed on an initial fee of £24 million for the services of Inter starlet Mario Balotelli. Agent Mino Raiola had stated yesterday that a deal might not be struck for a few days but the Italian could be a Citizen before long.


More
The transfer fee could eventually rise to £29 million depending on the 19-year-old's achievements in Manchester and Balotelli will sign a five-year deal for a reported £65,000 per week. 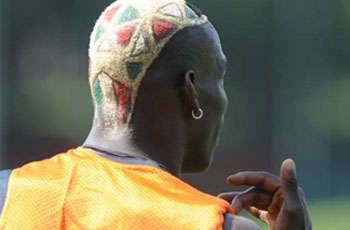 Reports in Italy suggest that both Chelsea and Manchester United were interested in the forward, with the latter willing to offer a better deal to the player but unwilling to meet the demands of the club.

Manchester City coach Roberto Mancini told La Stampa: "There is money to sign everyone, but not to pay them a lot.

"He (Balotelli) is one of the four or five strikers that interest us. I was the first to believe in him and I'm convinced about what he can do.

"Mario has two qualities that suit us, his talent and his age, because I want people able to build a cycle at Manchester City," Mancini said.

Agent Raiola continues to tell the Italian press that a deal has not been signed but 'SuperMario' intends to do so, and the deal is there "in principle". He also told Gazzetta dello Sport the player has already had his leaving party. 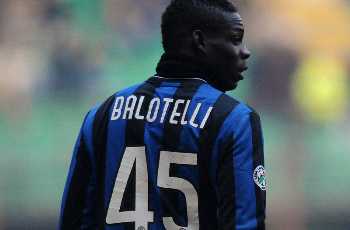 Tuttomercato believe that the exits of Balotelli and, potentially, Maicon, could lead to a spending spree, with the likes of Patrice Evra, Javier Mascherano, Dirk Kuyt, Diego Forlan and even Bastian Schweinsteiger tantalising president Massimo Moratti.