By Salvatore Landolina
Inter underline transfer plans, agents react...
A trio of agents are becoming frustrated with Inter as tensions mount over the transfer season.

Nerazzurri director Marco Branca told La Gazzetta dello Sport Real Madrid would have to pay €35million for Maicon. He then added Mario Balotelli was not for sale, before claiming Roma had to pay €10m for Nicolas Burdisso.

And his words have received raised eyebrows from the agents who look after the three players' interests.

“I wonder if Inter even have directors. They aren’t showing him any respect," Caliendo told 7 Gold.

“We know there are many issues to resolve, like a new coach, different plans and players on co-ownership deals.

“However, it’s amazing they don’t even have five minutes for an important player like Maicon. These are all things that make you think.

“No importance is given to the player at all, I cannot read their thoughts or intentions.

“I see in the newspapers that president Massimo Moratti says Maicon won’t be released for less than €35m. That means he is on the market.

“I’d like the player to be given the opportunity to express himself. Inter aren’t showing him any respect.” 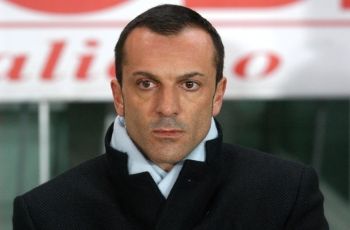 Branca: No Lingua Franca With Agents

He told Sky Sport Italia: "If a super offer arrives then I think Moratti and ourselves will think about it.

"But today, there is no programme to sell Balotelli."

Fernando Hidalgo who oversees Nicolas Burdisso's affairs is not impressed with the way Inter are not prepared to haggle with Roma over a cheaper deal.

"Burdisso is living anxiously because he wants to know his future. If Inter ask €10m for him then it means they are unwilling to do a deal," he told Sky Sport Italia.
﻿
Become a fan of Goal.com International on Facebook! Just click onto Facebook.com/Goal to join the beautiful game's leading fan community...
Close