Manchester United sold the then World Player of the Year and remained confident of their place at football's top table. How did the new boys help or hinder these objectives? Goal.com takes a look...

The turbo-charged Ecuadorian was bought from Wigan Athletic for an undisclosed fee, suspected to be £16 million, last summer to fill Cristiano Ronaldo's shoes.

After failing to find his feet in the autumn, he has since looked a snip at the price. With his mix of speed and accuracy, a valuable link with Wayne Rooney has been forged.

Nine assists and a respectable five goals have already been registered in the Premier League, with the right winger looking comfortable in his new surroundings.

Ferguson shocked the entire football world with his free transfer swoop for the former Liverpool man in the summer. The move was expected to re-invigorate Owen's World Cup hopes, but the reality has been different.

Red-hot form from Rooney and a season-ending hamstring tear has kept the ex-Newcastle United man on the sidelines. The highlights of his swansong had included a hat-trick against Wolfsburg, equalising goal in the Carling Cup final and last-gasp winner in the thrilling league encounter with Manchester City.

Unfortunately, these moments have been too rare as his injury jinx has re-emerged. 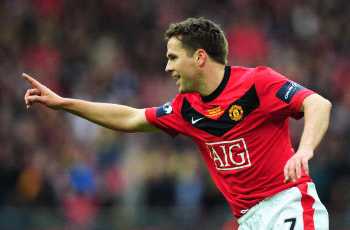 Plucked from Bordeaux last July for an undisclosed fee, rumoured to be £3 million, Obertan has looked a work in progress. A long-standing back injury delayed his debut until October, but he impressed in Carling Cup action against Barnsley.

The tall winger has shown himself to be blessed with a bag of tricks in the handful of games he has appeared in, but also a rough diamond. If he concentrates on improving his loose control and decision-making, he could be yet another shrewd signing from Ferguson.

After declaring his summer business was over, Ferguson dropped a surprise with his move for the unheralded Senegalese striker. Coming from club legend Ole Gunnar Solskjaer's former side Molde for an undisclosed fee suspected to be in the region of £4 million, he was loaned back to the Norwegians before being granted a work permit in time for January.

As another one for the future, he scored on his home debut against Burnley and has since netted frequently for the reserves. Owen's injury has opened the door for more first team opportunities in the final months of the season, when he will be expected to improve on the shaky finishing on show against Wolverhampton Wanderers.

United have confounded the critics by investing for the future and still remaining competitive at the highest level. Rooney's emergence from Ronaldo's shadow has been the driving force, but Valencia's sterling contribution cannot be overlooked.

Discord at the sale of the Portuguese superstar and Carlos Tevez's cross-town switch sent the supporters into a panic. While both men have excelled at their new clubs, the Red Devils have continued to set the pace at home and abroad.

After bringing in about £85 million in sales, as well as removing the excess of Carlos Tevez from the wage bill, less than £25 million has been spent. To be in the driving seat for silverware again, while trading at a surplus, shows the strength of the team.

Coming in to the season heavily stocked with defenders, Ferguson could also not have planned for the defensive crisis that gripped his squad in December.

United's success pays testament to the Scot's decision not to compete in last summer's hyper-inflated transfer market. A few minor touches have been enough to put the Mancunians on course for a record-breaking 19th domestic league title (12th in the Premier League era) and third successive Champions League final appearance.