By Yanick Vos, Goal.com NL
New Milan signing Mark van Bommel has yet to fully adapt to his new surroundings.

Dutch international Mark van Bommel left German champions Bayern Munich for Serie A table toppers Milan in the January transfer window after the Bavarians told him his expiring contract wouldn't be renewed. The holding midfielder didn't hesitate when the Rossoneri approached him over the move to Italy. A new culture, new language, new surroundings and a new style of football awaited. But Van Bommel has yet to fully adapt to his new surroundings, though he's told Goal.com that he gets all the help he needs.

"It's very easy to become part of the team. They're all big players who make you feel at home. They're all doing their utmost to help you integrate," said Van Bommel. "Not only the players are very helpful though. Everybody at the club does their utmost to make me feel comfortable in order to make sure I perform as well as possible," continued the Dutchman, who currently lives in a hotel in Milan.

National team coach Bert van Marwijk previously described Van Bommel's transfer as a promotion, and the midfielder agrees. "You can only be very proud when a team like Milan approaches you. It's definitely a step up if you play at Bayern Munich and Milan want to sign you. It's a bit like when I left Barcelona for Bayern Munich. All three clubs are of the highest level. It's always a promotion when you get the chance to play for such a club."

Bundesliga vs Serie A

Milan coach Massimiliano Allegri has a different style of play as Van Bommel was used to under Louis van Gaal at Bayern Munich.

"Players get way more space in Serie A. You consequently have to do a lot more running and get involved in more challenges. It's a different of style of football and I have yet to fully adapt to it. For example, I make 20 to 25 interceptions per game with the national side, while I win fewer balls at Milan, because players get more space.

"It's a completely different style of football. The entire league is different. I'm not saying that Serie A is of a lower level as Bundesliga though. It could even be the other way around. But I don't play in Italy long enough to really judge that."

Van Bommel received his marching orders on his league debut, but the midfielder believes his dismissal was a bit harsh.

"Everybody at the club agreed with me that I didn't deserve a red card. That second foul was never another yellow card. I have to live with it that the referee decided different though. I will have to think about this when I make a challenge in the future."

Feeling at home with Oranje

Oranje lock horns with Austria on Wednesday evening and Van Bommel is looking forward to the international friendly in Austria. "We haven't been together for quite a while, so it feels good to get together again. I really enjoy the way we play and train. All the other lads feel the same way. This game is a good preparation for the two upcoming Euro 2012 qualifiers. We're well on our way to Poland-Ukraine if we win those two games." 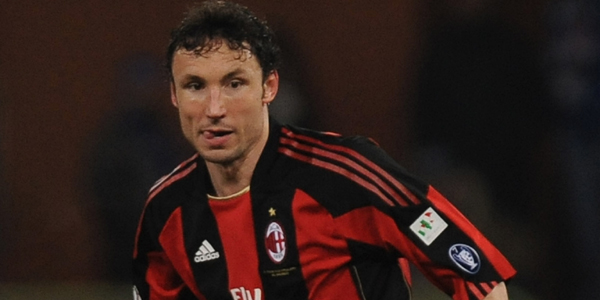