By Subhankar Mondal
Leonardo will be hopeful of leading the Nerazzurri to their fourth successive win under him at home...
Turnaround In Fortune

There were suggestions in recent days that Inter had tried to appoint Leonardo as their coach in the summer. How they must now wish that they could have done so instead of appointing the disaster termed Rafael Benitez. Three wins in a row have put the Beneamata back into form and back into dreaming dreams of success.

The 3-1 victory over Napoli at San Siro at the start of the new year marked the debut of Leonardo as the Inter tactician and that was followed by a hard-fought but encouraging 2-1 defeat of Catania in Sicily. Then in midweek the Nerazzurri defeated Genoa 3-2 in Milan in the Coppa Italia to carve their way into the quarter-finals, thereby sustaining hopes of a second successive treble.

With 29 points from 17 matches, Inter are outside the top-six and 11 points behind leaders and arch-rivals Milan but if they win their two games in hand, then they will trim the gap to just five points. Inter have a sensational form at San Siro, having lost just once in the league all season, and will head into their encounter against Bologna as firm favourites.

Bologna would have started the weekend six points above the relegation zone but on Thursday evening it was announced that the Felsinei were docked two points for failing to pay the players their salaries between June and September. Alberto Malesani's side had already been metted out a one-point deduction in December for the same reason and were punished yet again.

Which means that Bologna now have just 22 points from 19 matches and are in 15th spot in the league table, just four points above the relegation zone. This is serious danger for a side who are in a mess off-pitch too.

Winning in Milan against an in-form Inter side doesn't look very feasible but Bologna themselves seem to be in good health at the moment. The start of the new year has been very encouraging for the Rossoblu as Bologna drew their opening game of 2011 1-1 with Fiorentina at home and last weekend defeated fellow relegation-battlers Bari 2-0 away. 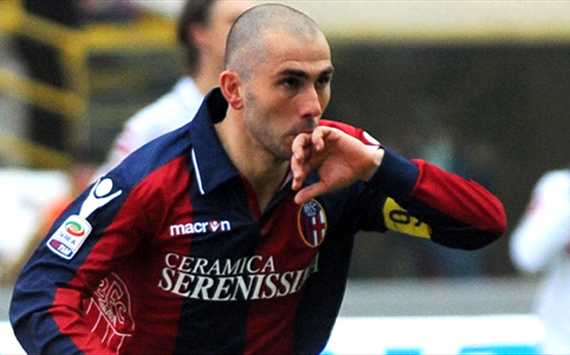 Sneijder, Coutinho, Samuel and Julio Cesar are injured and remain on the sidelines. Eto'o and Milito will start upfront in a 4-3-1-2 formation.

Morleo, Mutarelli and Moras are unavailable for the trip to Milan because of injuries. Malesani is likely to field a 4-3-1-2 system that will have Ekdal deployed just behind the front-two of Ramirez and Di Vaio.
Close