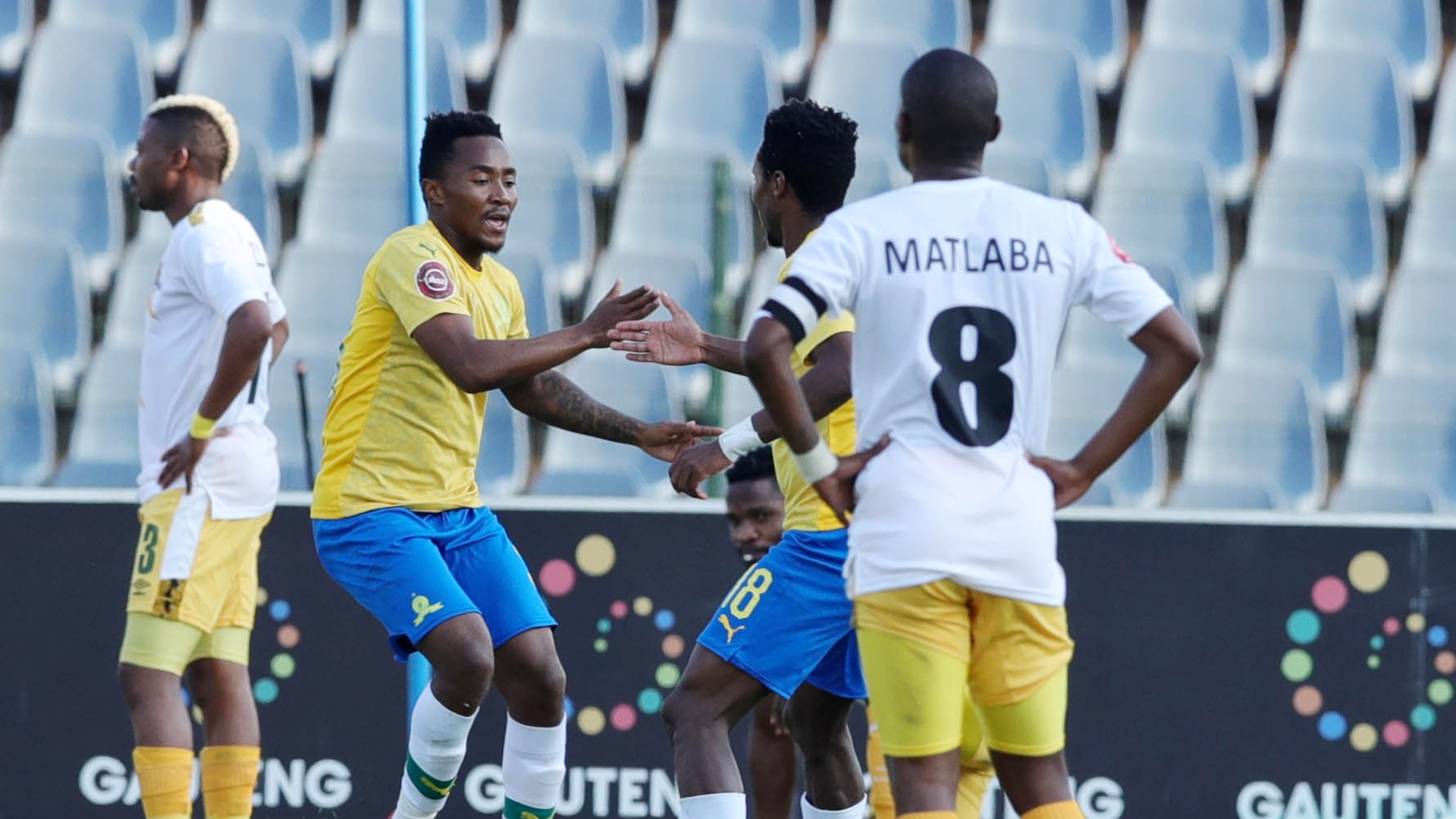 The 25-year-old player played an integral role in helping Masandawana clinch the 2019/20 Premier Soccer League (PSL) title as he netted a hat-trick in a 3-0 win over Leopards.

The Brazilians beat Kaizer Chiefs to the coveted trophy after Amakhosi were held to a 1-1 draw by a resilient Baroka FC side on the final day of the season.

Maboe dedicated the PSL title to the Sundowns supporters as they kept pushing the team, who when they were trailing Chiefs by 13 points on the standings at some point during the campaign.

"We worked hard as a team. Credit to the coach and the team. We really put up a fight," Maboe told the club's social media platforms.

"We were really willing to fight until the end. This is for the fans who kept us going throughout the entire season."

The season was completed in a Biologically Safe Environment (BSE) in Gauteng in order to curb the spread of coronavirus which led to the suspension of the campaign for five months.

Matches were played behind closed doors in the BSE and Maboe felt that it was a pity that they could not celebrate with their supporters at Dobsonville Stadium where they thrashed Leopards.

"I am very excited having helped the team defend the league title," the former Maritzburg United player added.

"It means a lot to us and the fans. It is a pity that they cannot be here to celebrate with us. This one is for them. La Decima [10th] league title."

Maboe has netted four goals from 26 appearances in the league and he has been used as a right-back by coach Pitso Mosimane at times during the campaign.

The former Mbombela United player has now won three major trophies with Masandawana including two PSL titles since joining the team from Maritzburg in July 2018.

He will be hoping to help Sundowns clinch the 2020 Nedbank Cup on Tuesday when they face Bloemfontein Celtic at Orlando Stadium in the final which will also be played behind closed doors.