Tau is like Messi, he must come to Al Ahly and show he is king of the jungle - Mosimane 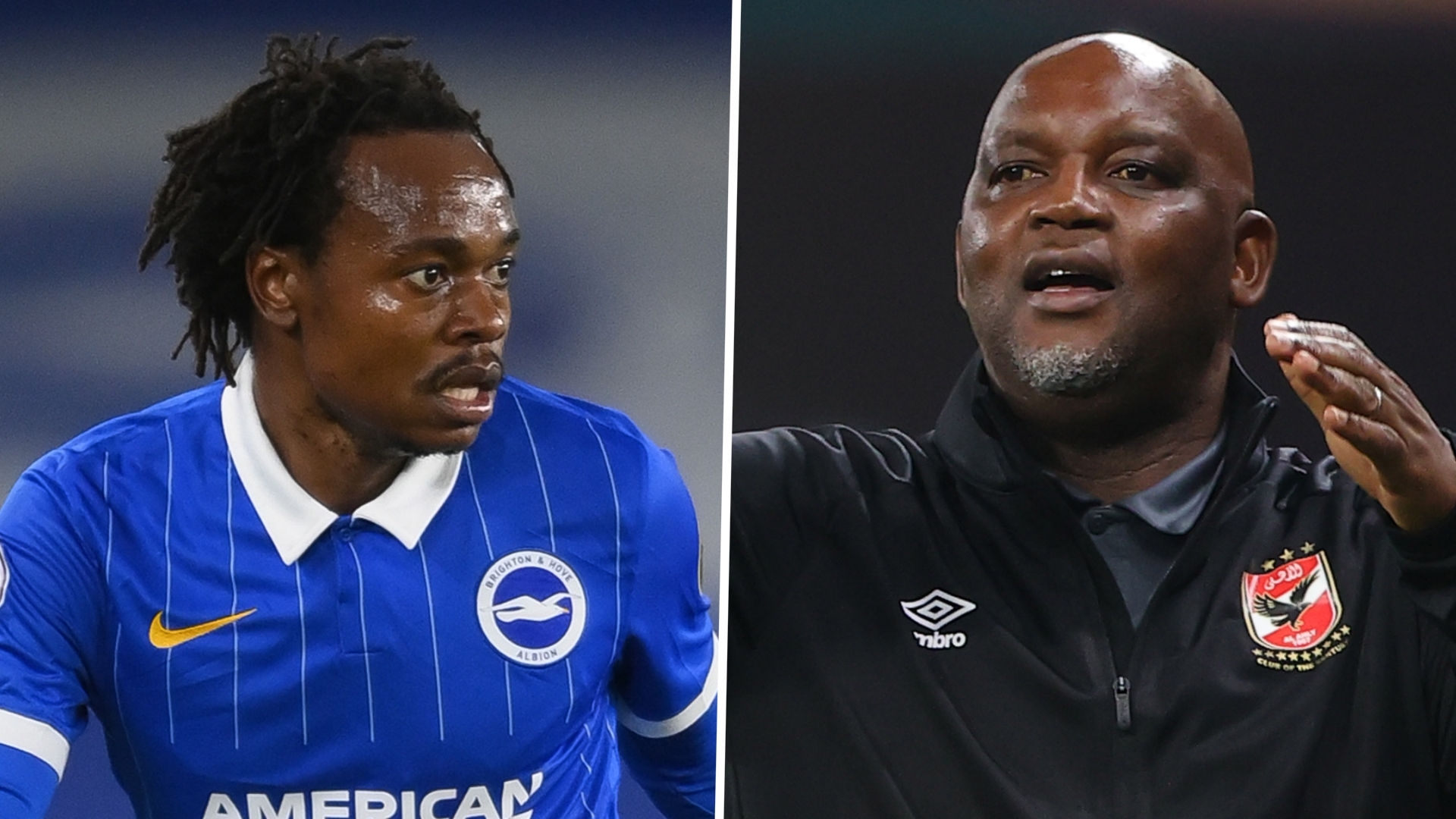 Recent reports have strongly linked Tau with a move to the African Champions where he would be reunited with his former Mamelodi Sundowns coach.

Rumours that he is on his way to Cairo flared up at the weekend when he missed Brighton’s friendly match against Getafe, with manager Graham Potter not satisfactorily explaining the player’s absence.

Mosimane says Tau’s prospects of regular football are at Al Ahly after the 27-year-old struggled for game time at Brighton, where he arrived in January from loan stints in Belgium.

“Percy is a strong man, he is like Messi. He has so much to show you every week. So let’s give him a chance to show,” said Mosimane in an Instagram Live with rapper Cassper Nyovest.

“So yes I would like to sign Percy if Brighton agrees to sell Percy and we can pay him. Firstly we must pay Percy. If we can pay him, he must come and show that he is the king of the jungle. So let him come.

“If Al Ahly can be the third-biggest team in the world and beat the South Americans [Palmeiras] that represents the whole of South America, then Al Ahly is a good team.

Tau still has a year left on his Seagulls contract and there has been criticism that if he comes back to Africa, it would be a step back in his career after having played at the highest level in Europe.

He played Uefa Champions League football with Club Brugge, facing Real Madrid and PSG in what was regarded as the epitome of his career

But Mosimane insists the move to Al Ahly is what the player needs right now, saying they can match his salary at Brighton.

“Those things are important. People say ‘but he is downgrading’ but he is not playing where he is. So do your thing, for me I would love Percy to come. Any coach would like Percy to come to Africa. Let him come and play the Club World Cup against Bayern, let him dribble Bayern.”

Al Ahly are set to play at the Fifa Club World Cup later this year where they could face European Champions Chelsea.