The Super Eagle has yet to make his Championship debut, nonetheless, his compatriot expects him to play an integral part for the Hornets soon

Former Nigeria international Solomon Kwambe insists it would be wrong to write off Maduka Okoye’s chances at Watford.

The goalkeeper joined the Vicarage Road club on a five-and-a-half-year deal from Eredivisie club Sparta Rotterdam.

Following the move to England, many predicted Okoye would play a key role in the Hornets’ return to the Premier League following their demotion to the English second-tier last time.

Nevertheless, the 22-year-old had not been considered for action in the 2022-23 campaign, following manager Rob Edwards’ choice of Daniel Bachmann in goal.

Having been left out of the Hornets’ squad that silenced Burnley on Friday evening, a sect in the media suggested that Okoye made a wrong career choice.

”I think it is too early to tag Okoye’s move to Watford as a wrong decision,” Kwambe told GOAL.

“This is just the beginning of the season and you never can tell what the manager has in store for him.

“Remember, this is a team that already had their first choice before his arrival. Also, in goalkeeping, it is not easy to displace the first choice, especially if he is doing well in goal.

“So, I want to say it’s unfair saying he made the wrong choice. That reason [to join Watford] is best known to him.” 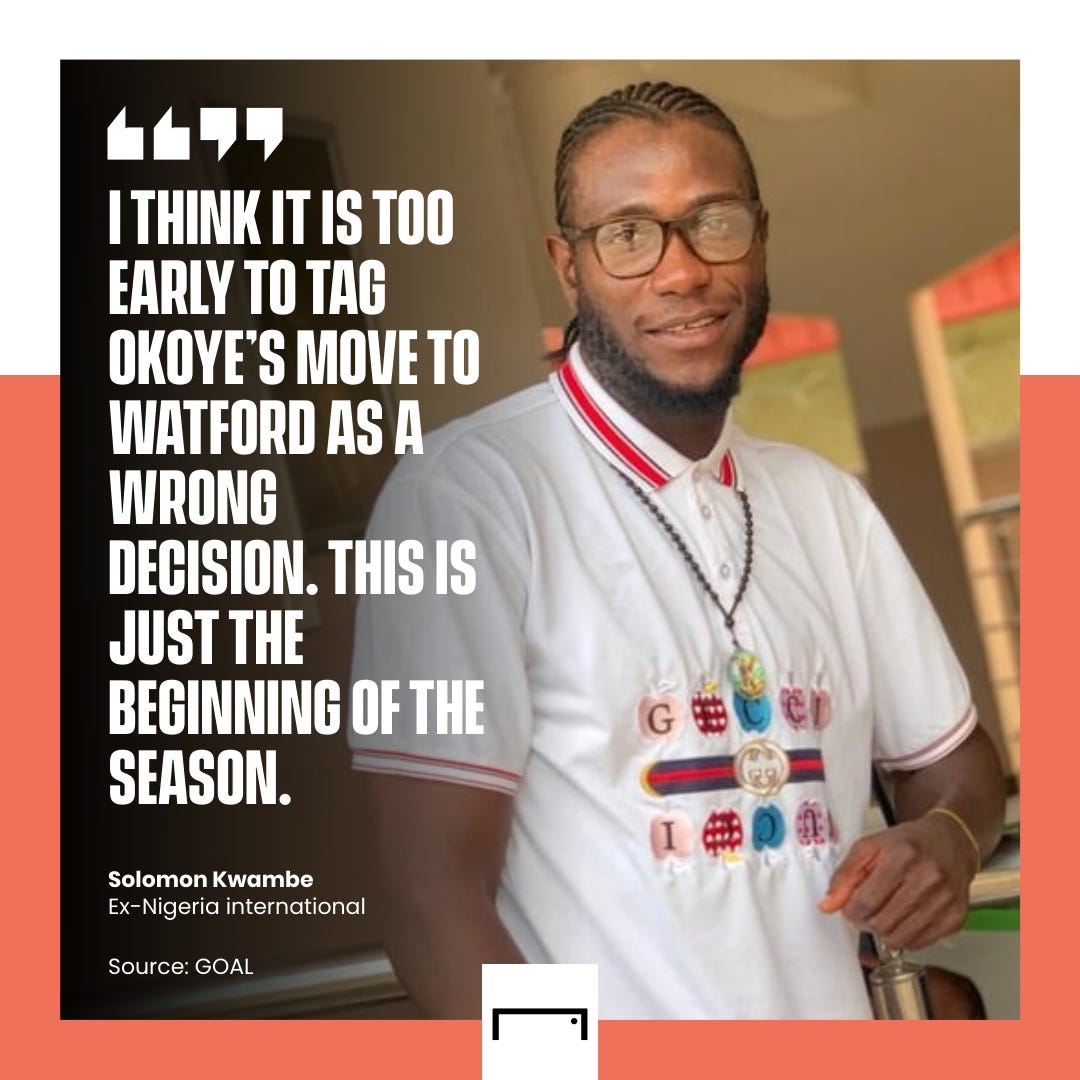 Kwambe, who played 37 times for Nigeria, is aware that Okoye’s current form at Watford would affect him internationally, albeit, he counselled him on the way out.

He continued: “No doubt his current form at Watford will affect him when it comes to the Super Eagles because lack of playing time will affect him mentally and physically.

“Okoye know that the best way to come out of this is to keep working hard and remain consistent.

“Whenever he is called upon, he should put in all the best and definitely that could mark the start of good things for him.”

After three matches played so far, Watford are second on the log after earning seven points. They are guests of Birmingham City in their next outing on August 16.