The match is the crown jewel of the first leg of BVB’s Southeast Asia Tour that kicks off in Singapore (22-26 Nov) before seeing the 1997 UEFA Champions League winners travel to Vietnam and Indonesia. The Singapore leg of the tour comes in the wake of several joint initiatives since the Sailors and BVB penned a two-and-a-half-year partnership in July 2021.

Tickets for the match go on sale today on SISTIC, and will cost between S$25 (Adult, Gallery) and $35 (Adult, Grandstand). Early bird discounts are available from 30 September to 24 October, with Lion City Sailors members able to purchase tickets at preferential rates.

The clubs have lined up a series of off-the-field professional activities over the five days of the tour that will further underscore their deep partnership. The staff of BVB and their Sailors counterparts will engage in knowledge-sharing sessions, with fan activations and even community activities in the pipeline.

“It has been a fantastic year or so working with the Sailors who have helped us get closer to Singapore’s football fraternity and its communities. And while the match will be the main highlight, we’re looking forward to working together on even more initiatives on this tour,” said BVB Managing Director, Carsten Cramer. 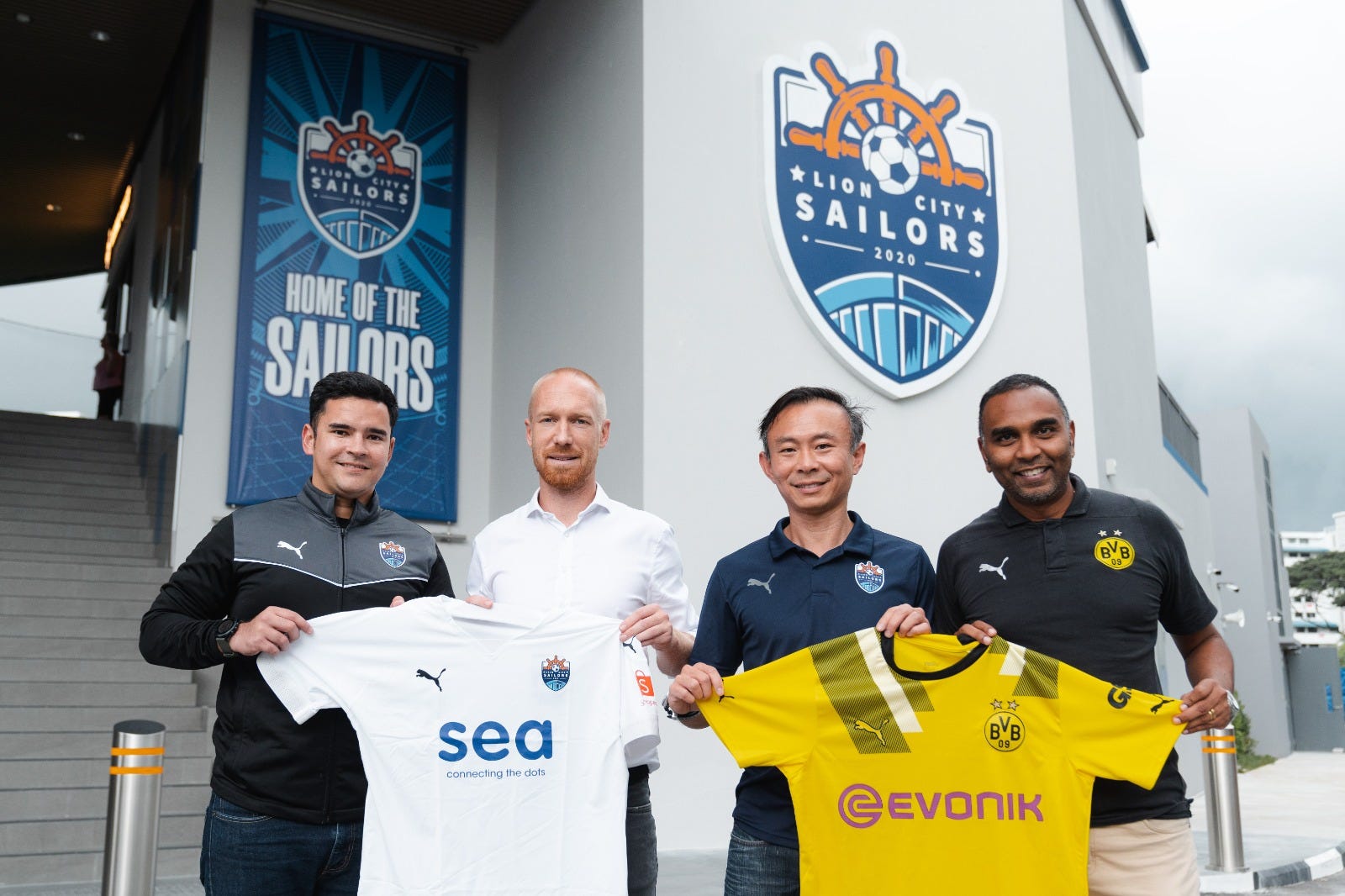 “I’m personally delighted to be able to bring our first team to play in Singapore, and I”m confident that football fans will be treated to attractive football and meaningful initiatives as we solidify our partnership with the Sailors.”

The partnership has already witnessed Sailors Academy teams compete against their BVB counterparts as part of a six-week Europe training tour in December 2021. The club’s technical and corporate office staff concurrently visited Dortmund for a study trip which included attending the famed Der Klassiker – the highly-anticipated clash between Dortmund and Bayern Munich.

“Visiting Dortmund last year was an eye-opening experience for both our Academy players and staff. The entire club is already abuzz, looking forward to a BVB tour that will exclude the usual bells and whistles associated with such visits, but instead, be fully focused on football activities,” said Sailors Chief Executive Chew Chun-Liang. 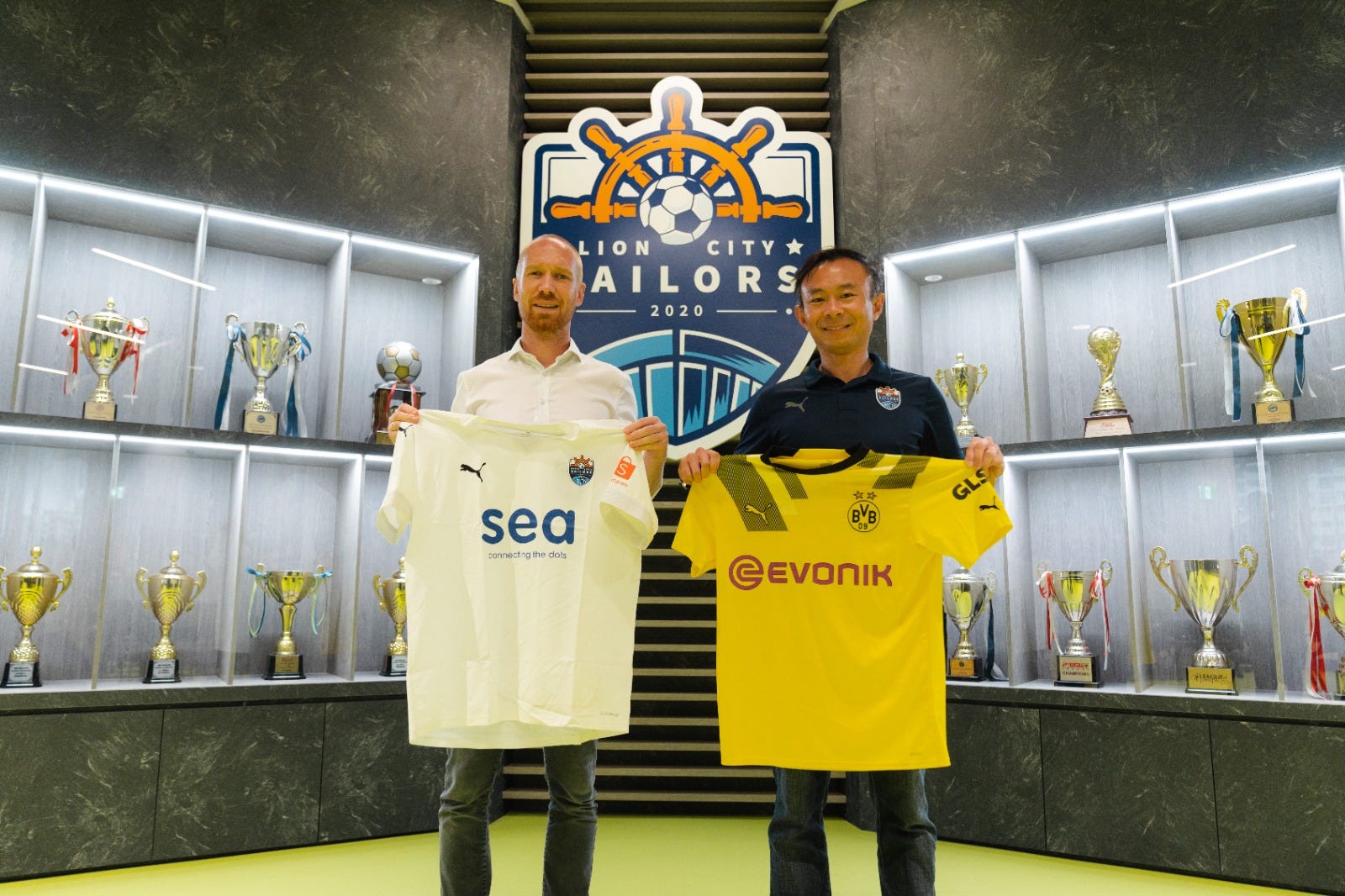 “Our players will get first-hand experience playing against a big European club, our staff will have the opportunity for deeper engagement with their counterparts to learn and grow, and we’re hoping to involve fans – both Sailors’ and BVB’s – and our community partners in this tour as well.

“We’ve ensured that ticket prices are kept affordable for our fans so they can grab the opportunity of watching our very own Sailors go up against some of the best in Europe in what will be a milestone for the club,” he added.

The friendly match will take place three days after the FIFA World Cup kicks off in Qatar on 21 November, and will not feature some of Dortmund’s stars who will be on international duty with their national teams.

But that has not dampened the enthusiasm of Sailors’ skipper Hariss Harun who revealed that there is electricity in the Sailors’ dressing room.

“We’ve played against some of Asia’s best at the AFC Champions League earlier this year, and this match will be a bit of a step up – against one of the best teams in Europe with some of the best young players too,” said Hariss, who is also the captain of the Singapore national team.

“It’s going to be a fantastic test for us, and the younger boys in the team are especially geared up for the match, and we’re all looking to put on a good show for our fans.”

Suresh Letchmanan, Managing Director of BVB Asia Pacific looked back on a fruitful year in partnership with the Sailors, and is confident that Singapore will see more during the tour and in the year ahead.

“Both clubs are dynamic and progressive brands with a commitment to developing talented young players, and we have leveraged these common values to great effect this past year,” said Suresh.

“We’ll put together some creative and innovative football-focused initiatives for Singapore fans this November, and build on that momentum for 2023.”

How to get tickets for the match?

Tickets for the match will go on sale from 4pm, 30 September 2022 on the online platforms of Lion Sailors ticketing partner, SISTIC.

Early Bird sales will run from 30 September to 24 October, with a 15% discount on all tickets, excluding corporate hospitality seats.

Lion City Sailors Members will be able to purchase tickets at 25% off during the Early Bird sales period, with a 20% discount still available for members after sales end. These discounts do not include corporate hospitality tickets.

Corporate hospitality tickets are available and are priced at $90 per head. This will include a meal and two drinks (choice of either alcoholic or non-alcoholic beverages).