African All Stars
Taiye Taiwo
14:24 2018/04/02
facebook twitter copy
Comments (0)
Getty Images
The Morocco international wants his teammates to keep working hard and better as they close in on their 34th league title

Medhi Benatia has warned Juventus against complacency following their 3-1 victory over AC Milan in Saturday’s Serie A fixture.

Goals from Paulo Dybala, Juan Cuadrado and Sami Khedira were all that was needed for the Old Lady to dispatch Gennaro Gattuso's side, who had Leonardo Bonucci’s effort as consolation.

The win gave the Old Lady a four-point lead over Napoli – who played one-all with Sassuolo - in the Serie A log as the race for the Scudetto intensifies. 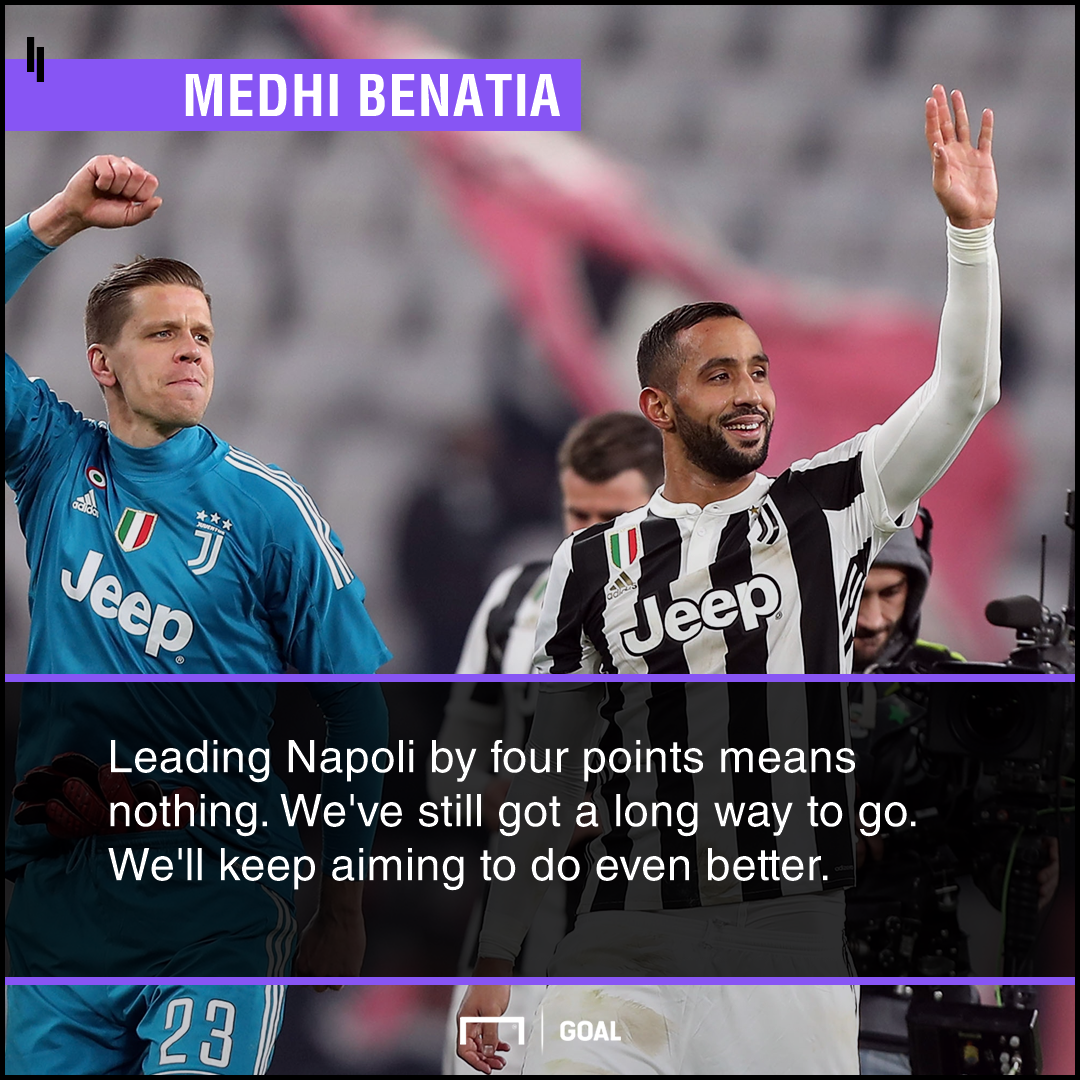 With a crucial tie against the Naples outfit billed for April 22, Benatia has cautioned his teammates to stay focused, stressing that the gap between both teams 'means nothing'.

“We've still got a long way to go. Let's just say we reclaimed those points we dropped against SPAL.

"The most important thing was to secure that win [against Milan]. We did well, especially when we had to dig in. That's what counts. Milan showed themselves to be a very balanced side, who play well technically.

"We'll keep aiming to do even better. It's a shame about the goal we conceded but, as I said, the key was to get the final result."

Juventus host Real Madrid on Tuesday for the first leg of their Uefa Champions League quarterfinal fixture - a repeat of last year's final where Maxi Allegri's side crumbled - before taking on Benevento in their next league outing on Saturday.