Events of the first leg were a bitter pill to swallow, but the Tunisians responded in style in Rades to claim their third continental crown

Just a week ago, football fans across the African continent and beyond witnessed shambolic refereeing in the Caf Champions League final first leg, where, despite the use of VAR, dubious penalties were awarded to Al-Ahly.

The Red Devils duly secured a 3-1 victory over Esperance, and appeared on course to win their record-extending ninth title. 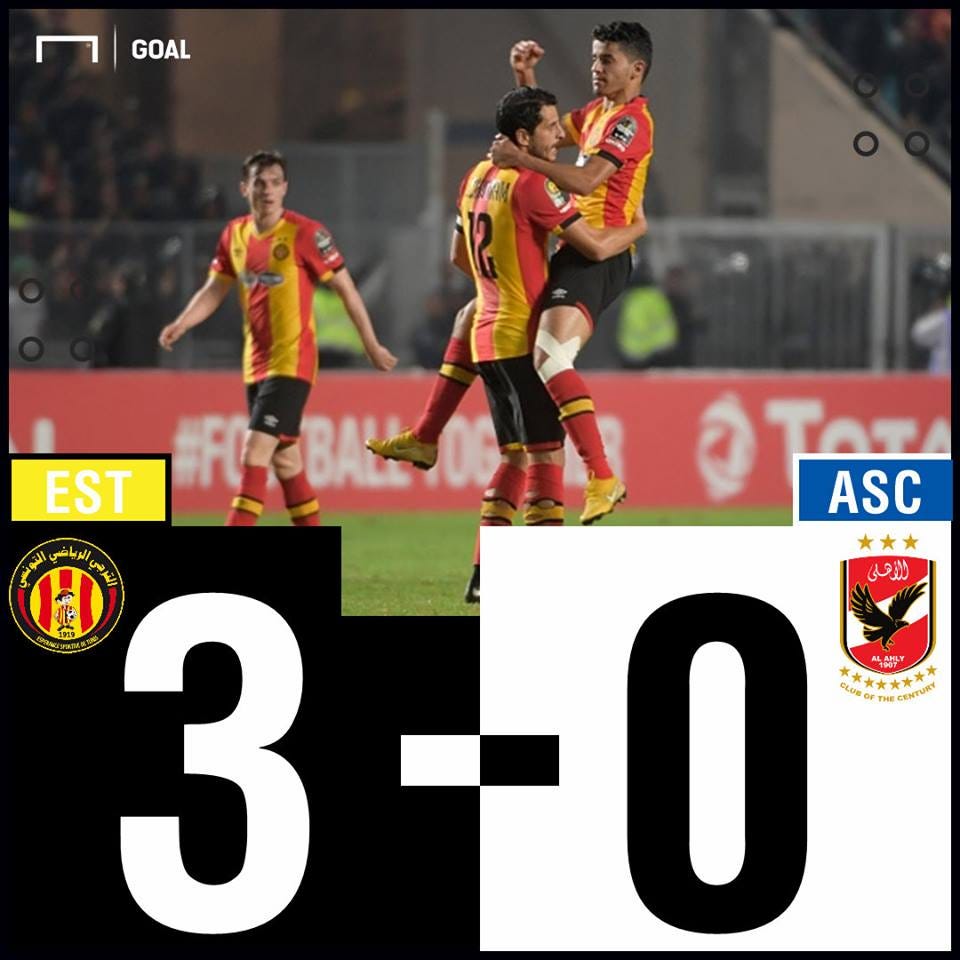 Aggrieved as the Tunisians were, they still had an away goal, so all hope was not lost.

What’s more, the culprit of the dubious penalties, Walid Azaro conned the ref into giving away two spot kicks, was suspended for this game after being found guilty of unsporting behaviour by Caf's disciplinary panel.

Talk about justice been served, Esperance are 2018 #CAFCL winners. It's not over till it is over. 👏👏👏👏

Mkachkha pilled on the early pressure, but most of their efforts were from distance, and they really didn’t threaten the Al-Ahly backline. The Egyptians, aware of their signficant advantage, sat very deep in their half, content to defend and slow the game down.

There was a bit of drama in the 33rd minute when Ethiopian referee Bamlak Tessema pointed initially to the penalty spot in favour of Esperance. However, after uncertainty and communication with VAR officials, Tessema signalled for a corner.

The floodgates opened for the Tunisian giants just before the stroke of halftime when a pass by Anice Badri from the edge of the box found Saad Bguir, who was in a good position to tuck the ball past Mohamed El-Shenawy.

Congrat to Esperance. They made this a special project 3 years ago, to win the #CAFCL this year, to mark their 100 year anniversary in Jan 2019. Broke bank to retain key players in the face of juicy offers for Anice Badri & TY Khenissi

Years of planning paid off brilliantly.

Esperance ended the first half with more possession while Al-Ahly failed to have a single shot.

One could have expected Patrice Carteron’s side to raise their game in the second half, but that wasn’t the case, with the Tunisians picking off from where they left off; Bguir making it 2-0 as headed home from Sameh Derbali’s cross, nine minutes after the restart. 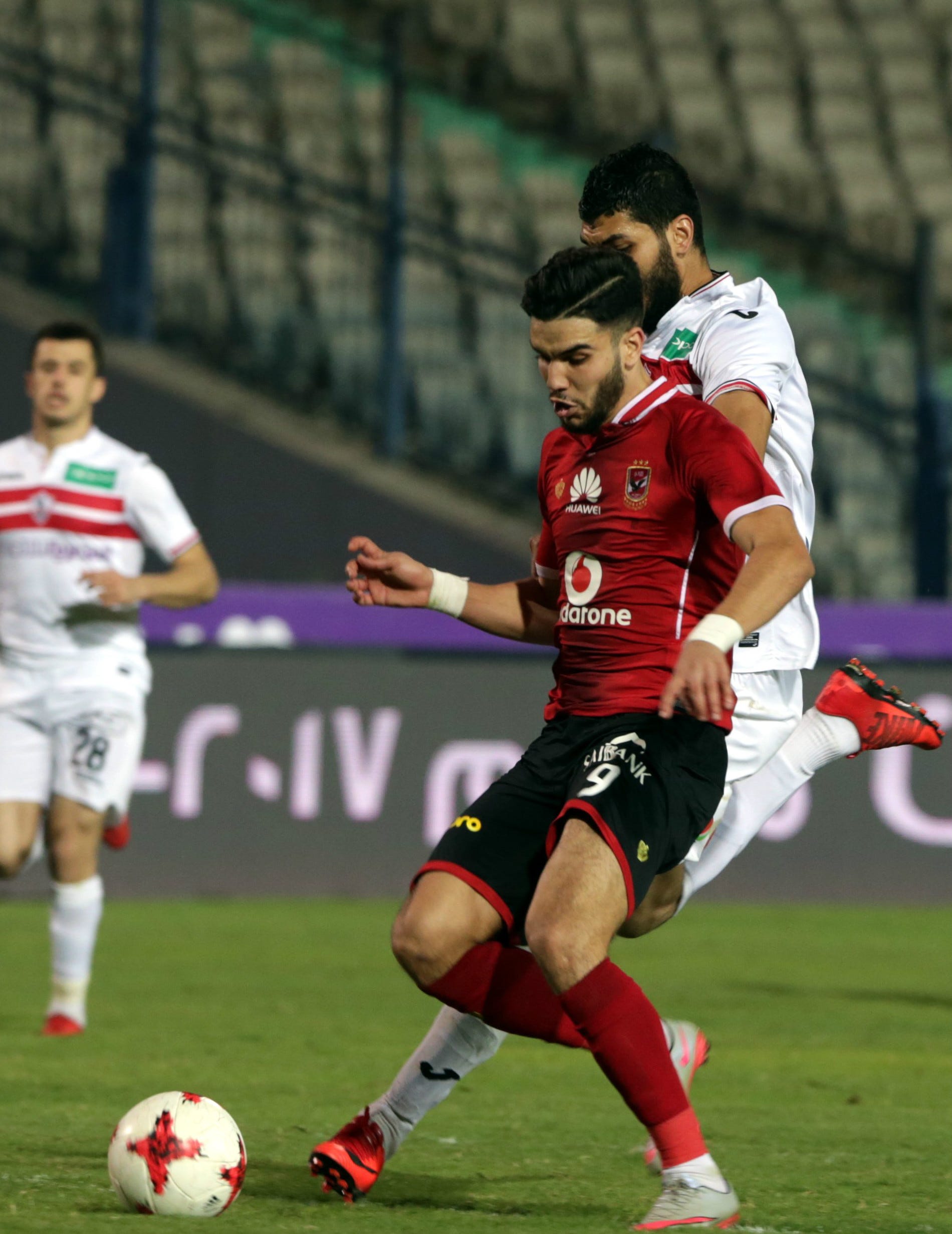 It was a remarkable turnaround which meant Mouine Chaabani’s men now led on away goals. They continued to press and went close to making it 3-0 on the hour mark.

El-Shenawy had to be alert to keep out a dangerous effort that was bound for the back of the net with 12 minutes remaining on the clock, but he couldn't deny Badri, who blasted in a fierce shot in the 86th minute after a solo run from midfield.

Esperance won 3-0 on the day - 4-3 on aggregate - to lift their third Champions League title, with their last success coming in 2011 when they defeated last year’s victors Wydad Casablanca 1-0 on aggregate.

They were clearly on a mission to avenge the injustice of the first leg and left Ahly ruing an opportunity lost.

They might be Africa’s most successful club, but what was displayed by them in the first leg was a total lack of sportsmanship. Not that it's anything new; North African sides have a habit of employing such antics, and while it worked to their favour, it was clear that the absence of Azaro hurt them in the return leg.

Assuming the forward played, there’s every chance that the lifeless performance from Carteron’s charges in Rades, where they had only one shot at the end of the 90 minutes which wasn’t even on target, would have been transformed. 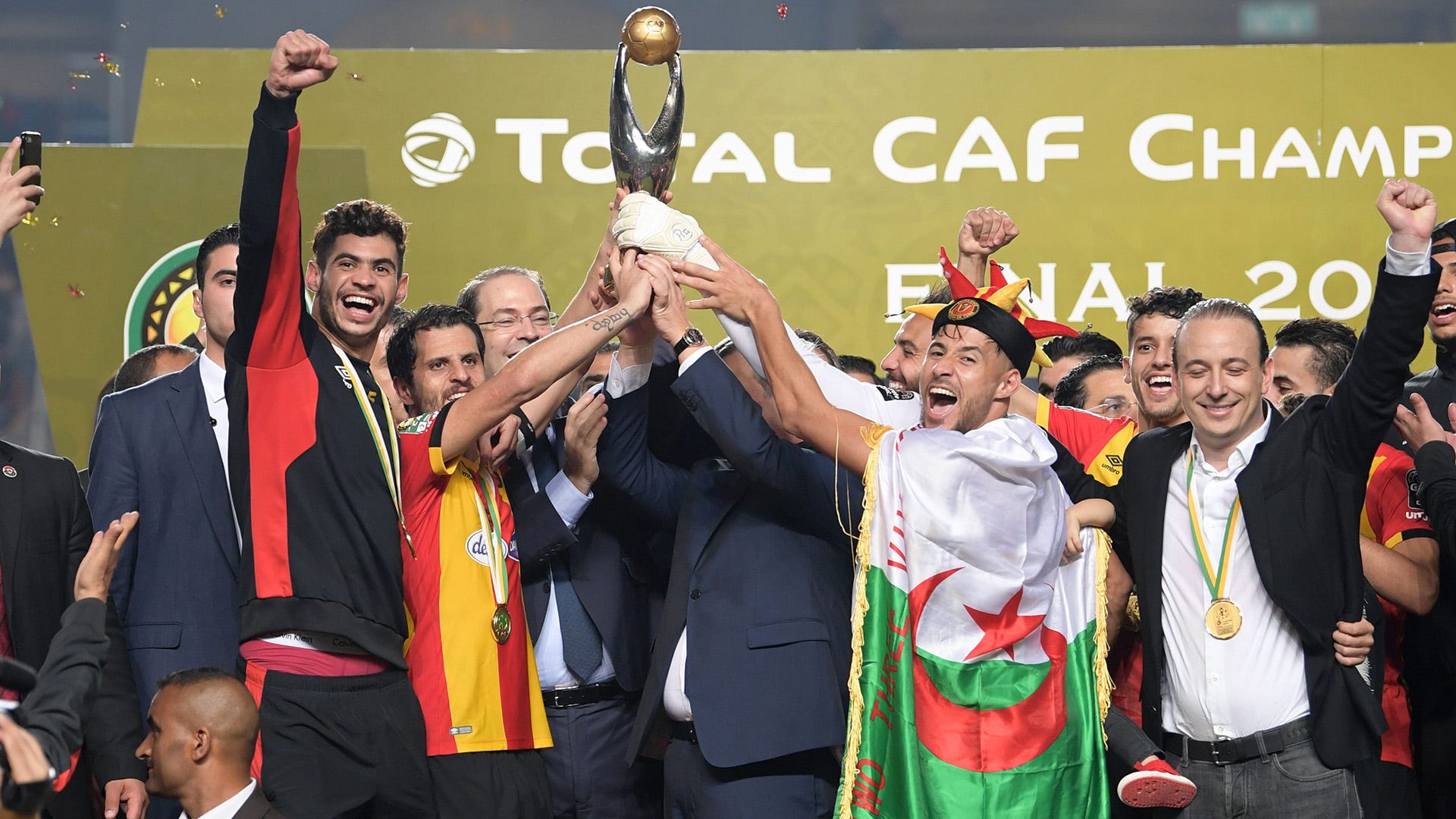 That’s their tough luck, but the night belonged to Esperance who endured a gruelling campaign to edge past KCCA FC and Township Rollers in the group phase as well as Tunisian rivals Etoile du Sahel and Primero de Agosto of Angola in the quarters and semis respectively.

They will now represent Africa in next month’s Fifa Club World Cup in the United Arab Emirates, and while some believe a two-legged final isn't ideal in today's game, the fashion in which Esperance turned things around was simply amazing.

It was a moment to savour, and a fully deserved third continental crown.