PSL
Austin Ditlhobolo
Senior Reporter
23:01 2020/09/20 Comments()
Mamelodi Sundowns
Masandawana have added the duo to their roster, but how could they line up with the players?

Mamelodi Sundowns are busy in the transfer market assembling a squad that will challenge for trophies in the 2020/21 season.

But how exactly will Shalulile and Mvala fit in at Sundowns with the current crop of players?

Goal takes a look at some of the potential formations that coach Pitso Mosimane could use to accommodate the two players. 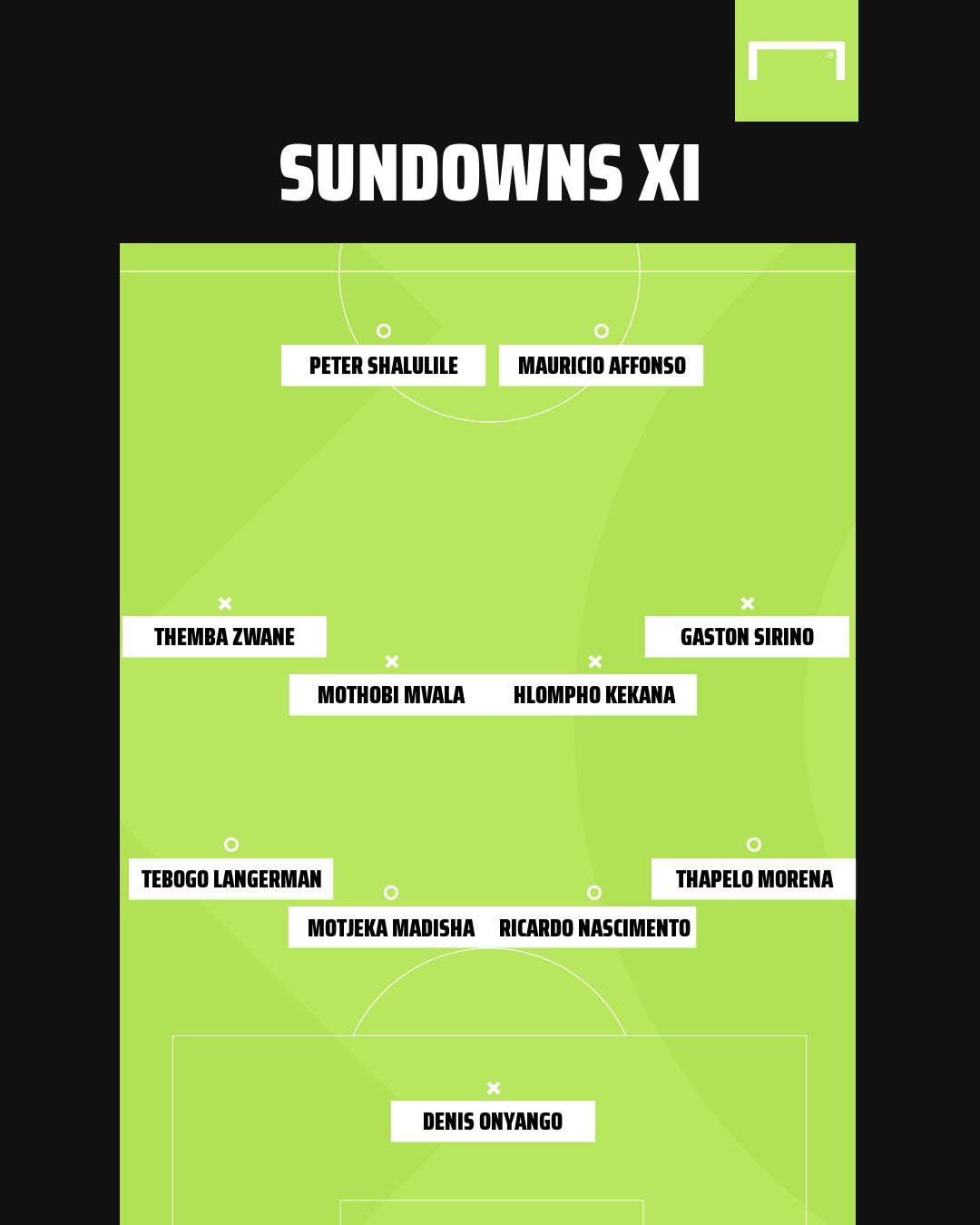 Mvala is a versatile player, who can operate as a defensive midfielder having caught the eye while in this position for the South Africa under-23 national team.

A robust player blessed with good tackling abilities, Mothobi would operate as one of the two central midfielders in a 4-4-2 formation

The 25-year-old, who played for South Africa at the 2016 Olympic Games in Brazil, would be competing with fellow midfielders Hlompho Kekana, Andile Jali and Tiyani Mabunda.

While Shalulile is a quality utility attacker having proved his versatility while playing for Highlands Park and Namibia over the years.

A speedy player blessed with good dribbling skills and an eye for goals, Shaulile can be deployed as a striker or a winger in a 4-4-2 formation

The 27-year-old was used in both positions by coach Owen Da Gama at Highlands Park and he flourished in the 2019/20 season, scoring 16 goals which earned him the PSL Golden Boot award.

Shalulile can be partnered with an out-and-out striker like Mauricio Affonso in this formation or compete with wingers Themba Zwane, Promise Mkhuma and Phakamani Mahlambi. 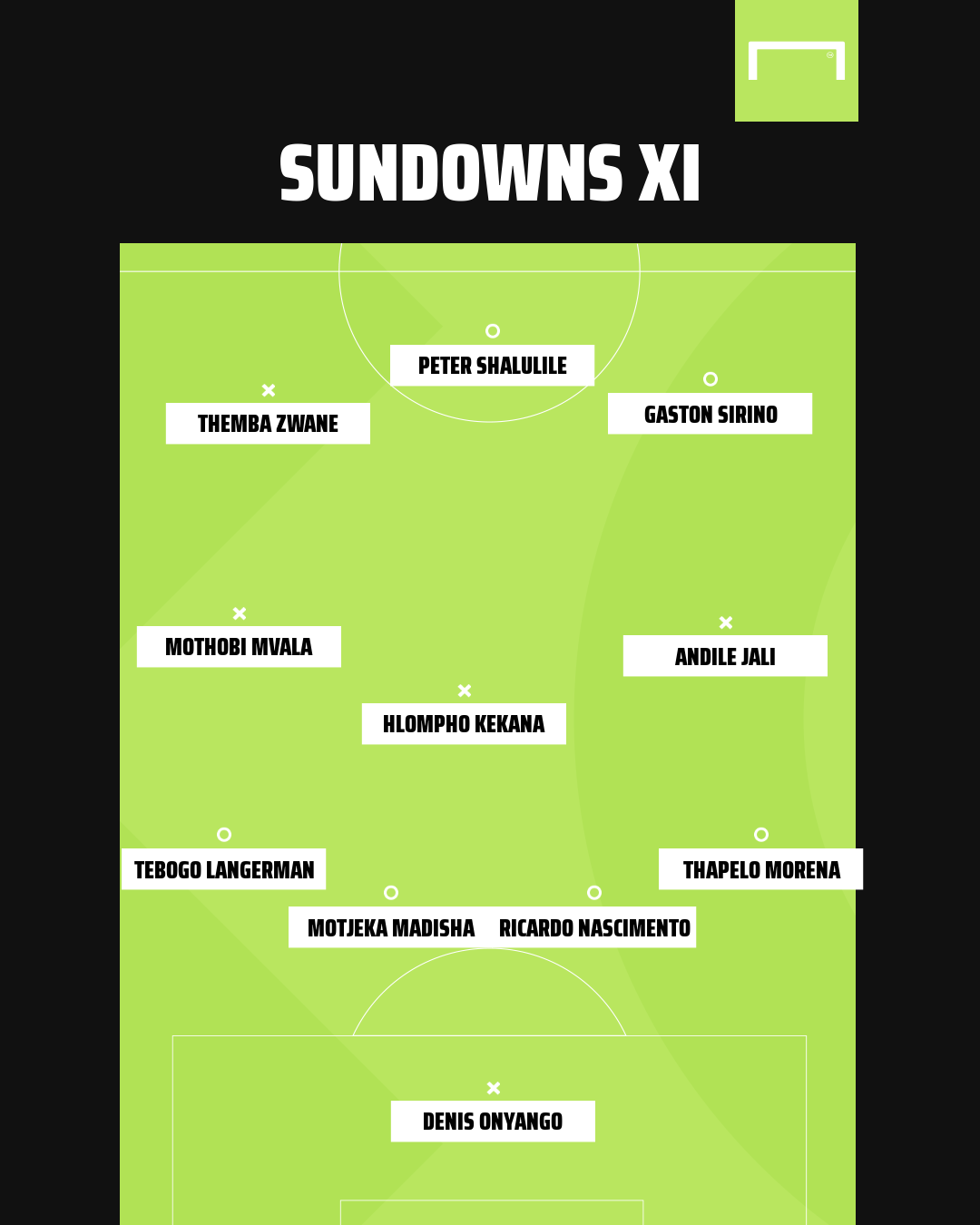 Mvala could also flourish in a 4-3-3 formation as one of the three midfielders due to his ability to defend and attack.

The hard-working player can be the creator, who links up the midfield with the forwards ahead of him, or sit just in front of the defence as a shield for the backline.

A South Africa international, Mvala can be partnered with his Bafana Bafana teammates Kekana and Jali in this formation.

While Shalulile will bring added flexibility to the reigning PSL champions as he can play anywhere across the front three.

The former Tura Magic player can play as a one dedicated striker or operate as one of the wide forwards, who cut in from the flanks to either shoot or support the centre forward.

Shalulile could form a deadly front three along with Zwane and Gaston Sirino with the duo considered amongst the best attackers in the country. 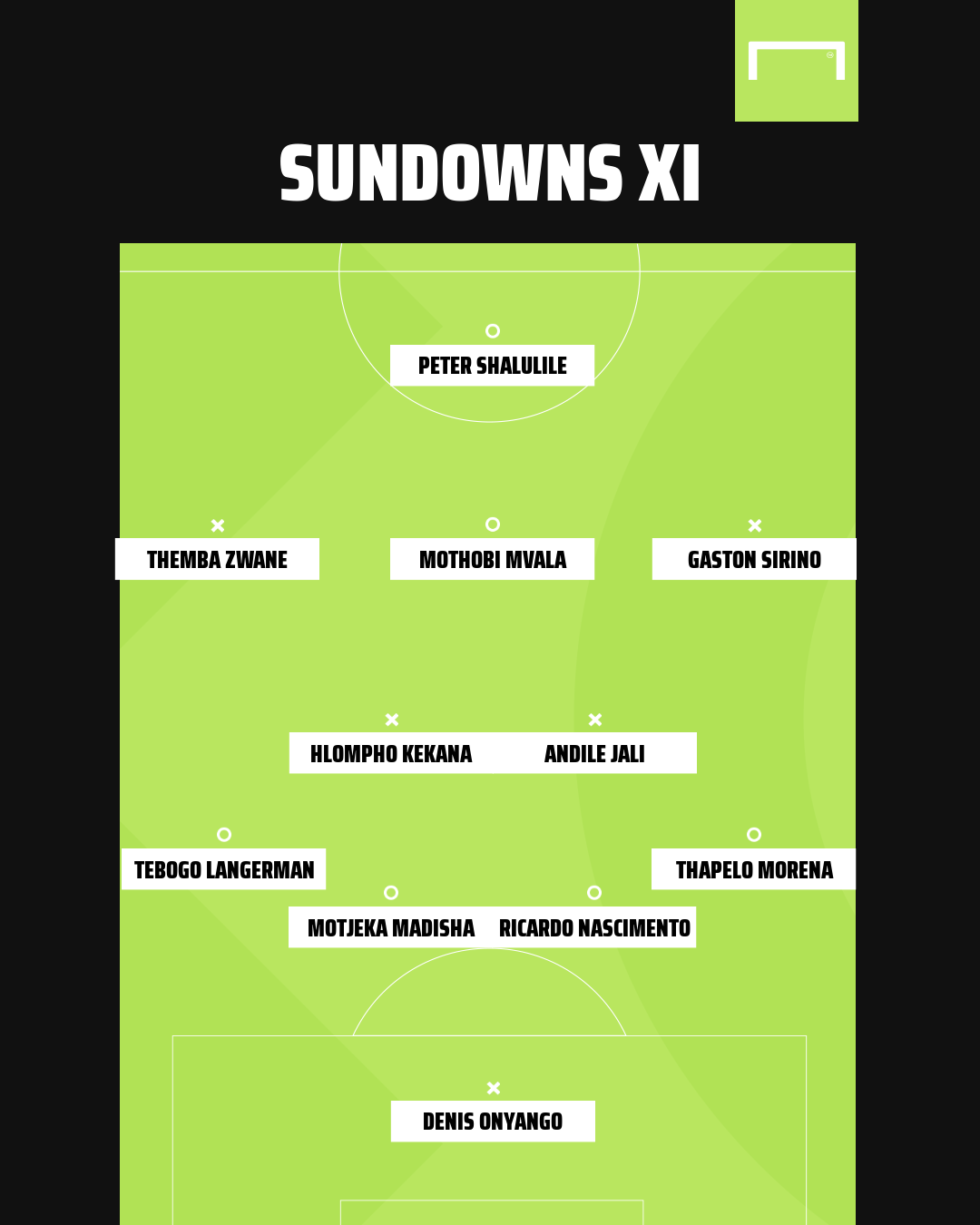 This formation could unleash the best out of Mvala as a playmaker deployed between two wingers and behind the main striker.

This is arguably Mvala's best position having flourished as a playmaker for the Lions of the North in the 2018/19 season - scoring eight league goals.

Highlands Park managed to retain his services despite interest from Orlando Pirates and Kaizer Chiefs, but he would have to dislodge Gaston Sirino from the playmaker role at Sundowns.

Meanwhile, Shalulile was often been used as a lone striker by Da Gama following the departure of striker Tendai Ndoro, who left Highlands Park during the break which was enforced by the coronavirus pandemic.

The former Namibia under-20 international ran onto long or through balls and finished chances - scoring four goals in the bio bubble which helped him scoop the Golden Boot award.

Shalulile would face stiff competition from the likes of Affonso, Sibusiso Vilakazi and Lebohang Maboe, who have been used as lone strikers by Mosimane.