The Brazilian has a host of nicknames in accordance to his antics both on and off the pitch...

Neymar is one such player who likes to remain in the headlines. Be it for a sensational goal or for off-field matters, the Brazilian always hogs the limelight.

He is a sensational talent and has the ability to change the complexion of a match single-handedly. PSG bought Neymar from FC Barcelona in 2017 for a world record transfer fee of €222 million. In the last five years, Neymar has won every major trophy in France and has scored over a century of goals for the Paris-based club.

For his teammates, he is 'Ney' and sometimes 'Juninho' but his fans have attributed a string of hilarious monikers for his antics off-the-pitch. Goal takes a look at some of them...

What are the nicknames of Neymar?

'Ney' is the short form of Neymar. His teammates in FC Barcelona used to call him by this name and now his PSG counterparts carry on with the same. Recently, Neymar shared his WhatsApp chat with goalkeeper Gianluigi Donnarumma, where the Italian is seen addressing him as 'Ney'.

Neymar was a youth sensation during his stint with Santos which earned him the moniker 'Menino'. It means a young boy who is destined to achieve great things. He was hugely successful at Santos and helped them win two Brazilian League titles, a Copa Libertadores, and a Copa do Brasil before flying to Spain to sign for FC Barcelona for €86.2 million. 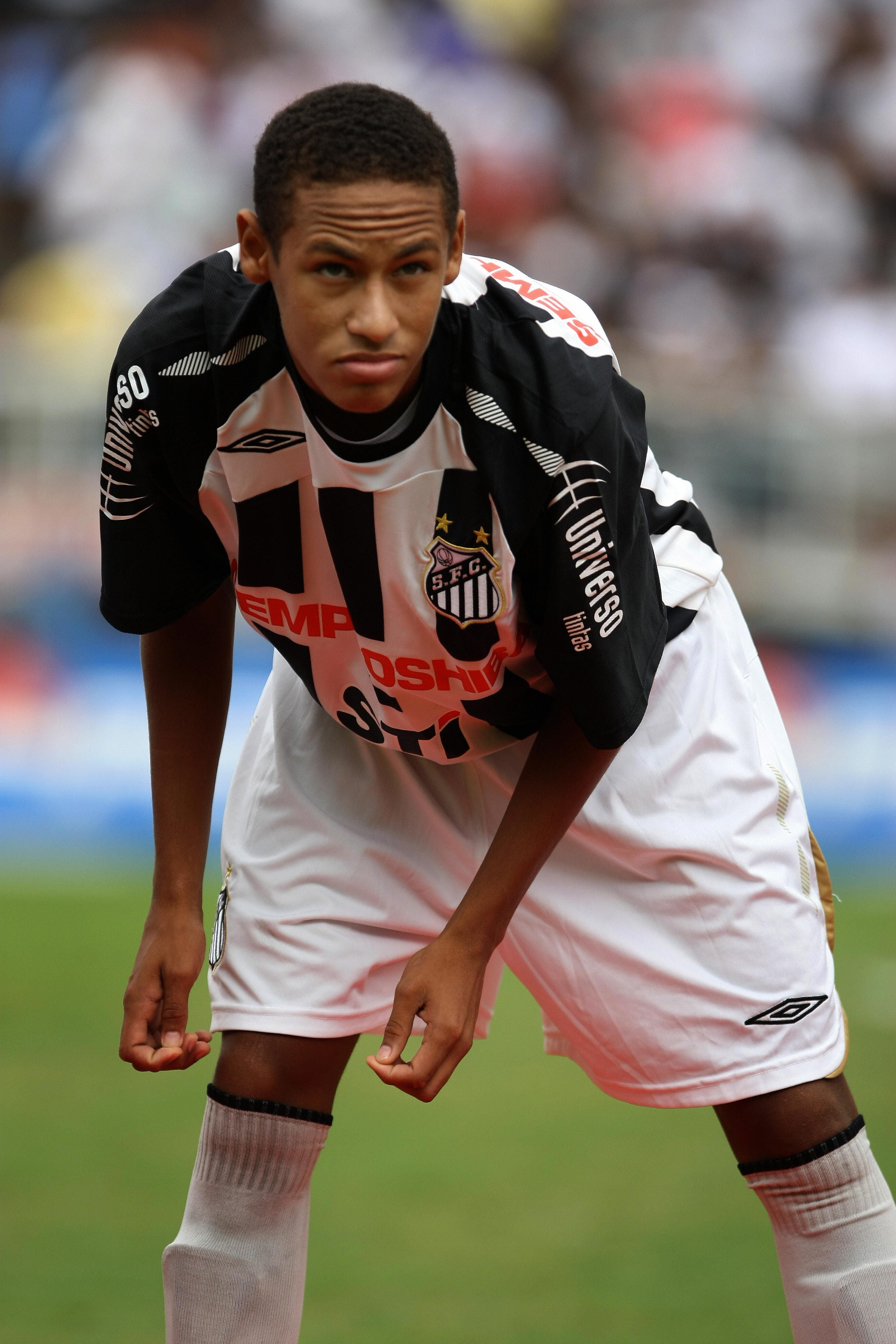 This is another nickname that was given to him early in his career during his time with Santos. This means 'The Gem'. In fact, there is also a NFT (non-fungible token) called O Joia which is a hyperrealistic drawing of the PSG superstar.

Juninho is a former Brazil international who was a dead ball specialist and has scored over 70 free-kick goals in his career. Neymar is also known for his free-kick skills as the Brazilian has shown in the past that he can also find the top corner from a set piece. In fact, he scored his first-ever goal from a free-kick for Barçelona against Sevilla, curling in a superb effort at the half-hour mark to give his side a two-goal lead.

E) The Batman or Lord of the Night

Neymar's former teammates in Barcelona used to jovially call him the Batman or the "Lord of the Night' due to his late-night shenanigans. He also has a tattoo of Batman on his back.

Once he dressed up as 'Joker' at a fancy dress party. On another occasion, he was spotted dressed up as Batman himself at a party thrown by Brazilian surfer Gabriel Medina in Sao Paulo.