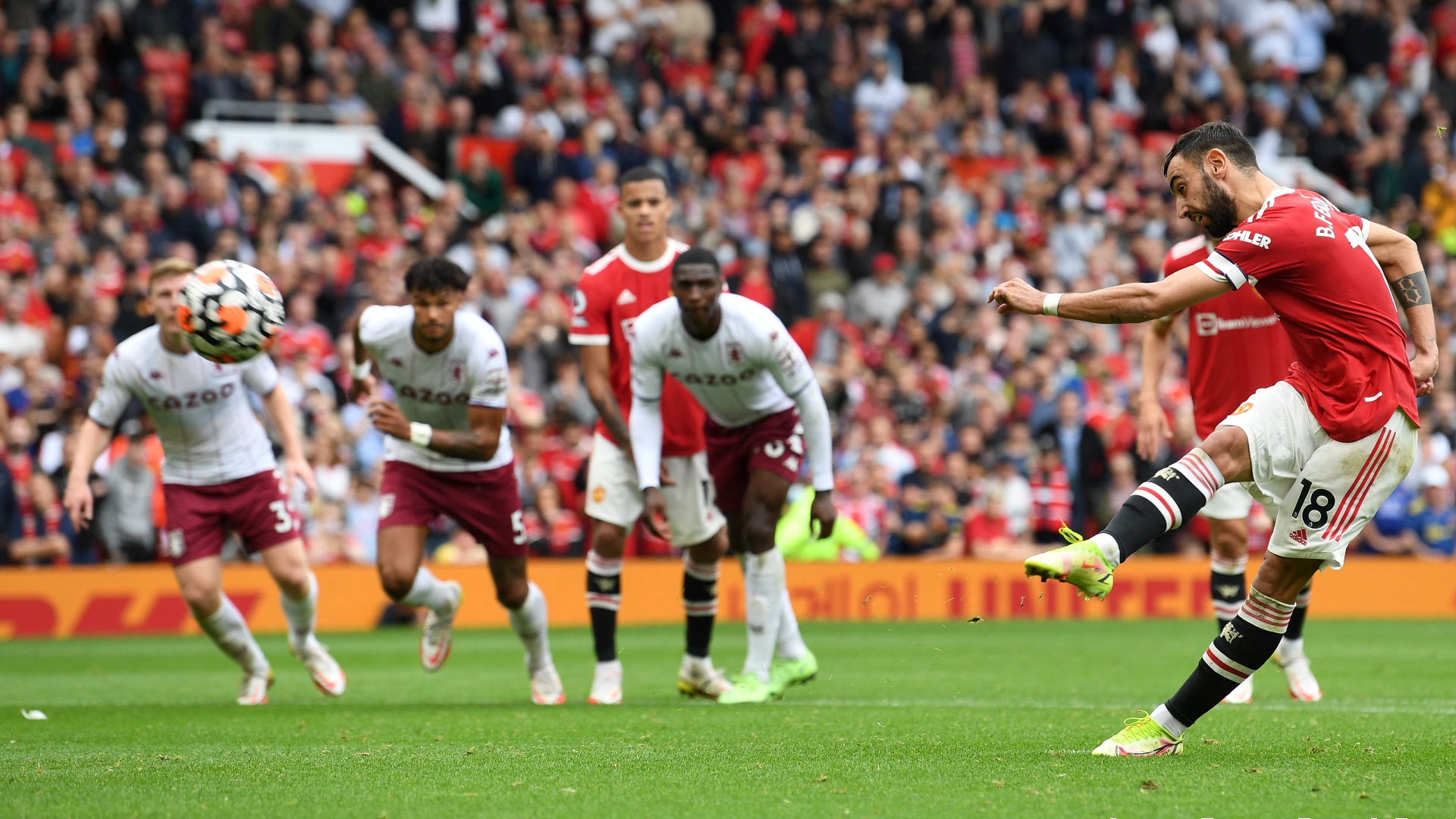 Bruno Fernandes admitted he was furious at himself for fluffing a crucial penalty during Manchester United's defeat to Aston Villa on Saturday, while thanking fans in a long social media post for keeping the faith after his error.

Fernandes had the chance to level at 1-1 deep into stoppage time after Kortney Hause, who minutes earlier had headed home Villa's goal, handled in the box.

But he sent his effort in the stratosphere to condemn United to their third defeat in their last four outings.

Nobody is more frustrated and disappointed than me for missing the penalty and the consequent defeat," the midfielder wrote on Instagram.

"I’ve always assumed my responsibilities and I've always embraced them under pressure in moments like this. Today, I failed. But I took a step forward and faced the challenge with the same ambition and responsibility as when, on the many other occasions, the ball ended up in the net.

"Criticism and contrasting opinions are a big part of football. I’ve learned to live with it, even using them to drive me on, and I consider it all a very important part of my commitment to never stop trying to improve and to become the best player I can possibly be, for me and the team.

"Today I once again took the responsibility given to me almost since I joined United and I will take it again without any fear or dread whenever called upon.

"The most important thing for me is to win together and I’ll always do everything I can to help my teammates and the club to be the best we can be.

"I'm a player who leaves everything on the pitch, with great desire and commitment. And that’s what I'll continue to do.

"Thank you for all your support after the final whistle! Hearing you chanting my name in the stadium was very emotional… I will come back stronger for me, because these are the standards I hold myself to, but most of all for my teammates and our fans who have always supported us."

United made a storming start to the 2021-22 season, winning four of their first five Premier League games to go top of the table ahead of this weekend.

Despite the addition of Cristiano Ronaldo, though, the wheels have come off as of late.

Ole Gunnar Solskjaer's charges suffered a humbling reverse at the hands of Young Boys in the Champions League, and were forced to dig deep to take down West Ham, who could have levelled had Mark Noble not missed his own late spot-kick last Sunday.

The Hammers gained revenge midweek by sending the Red Devils out of the Carabao Cup, and this latest defeat sees United drop to fourth in the Premier League, albeit just one point behind new leaders Liverpool.

They will be hoping for better fortune in the Champions League on Wednesday, when they visit Villarreal.