Did Man Utd make a huge mistake signing Ronaldo? Solskjaer's side now worse at the one thing they did well 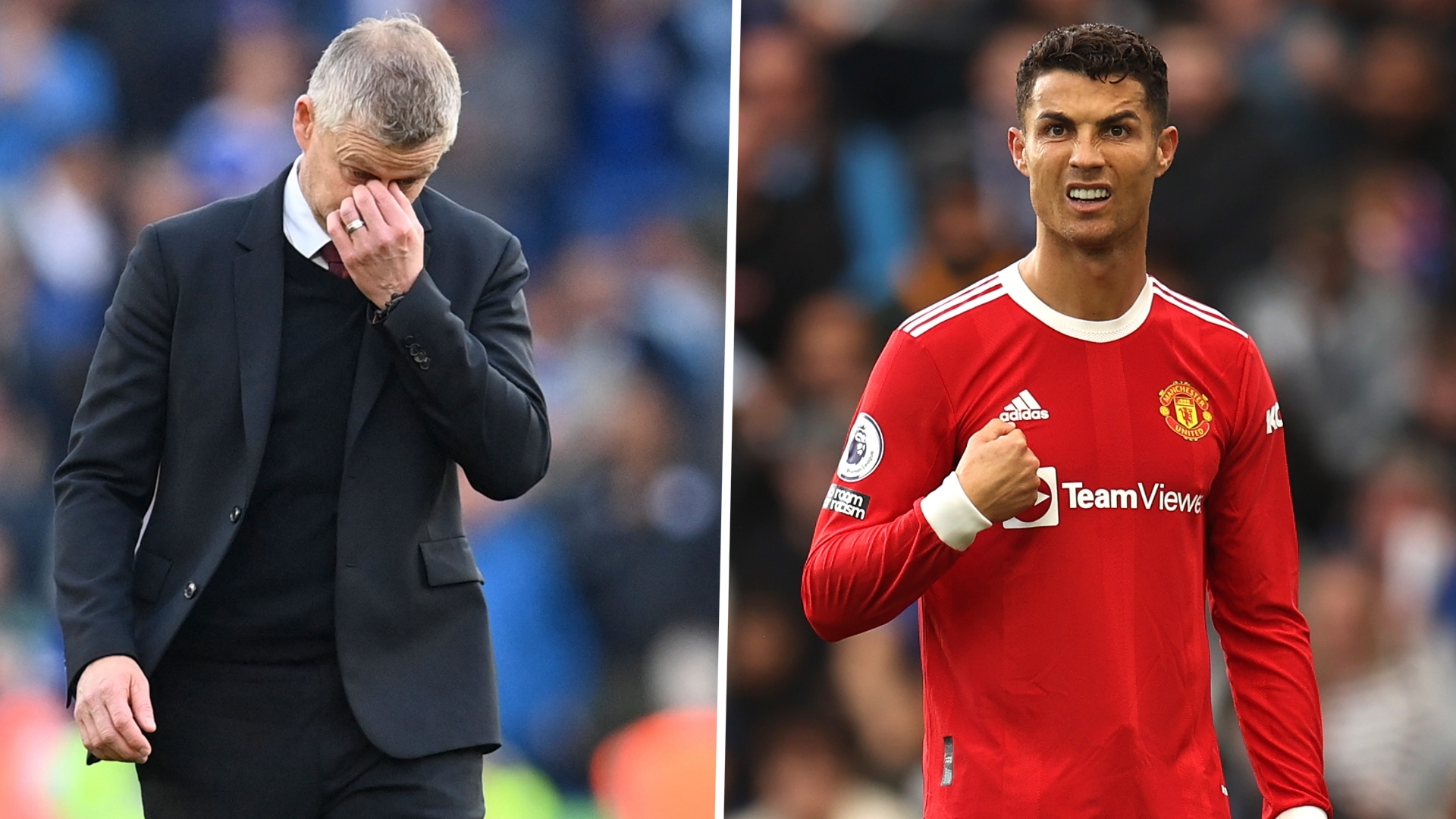 For more than two years, it has been clear that Ole Gunnar Solskjaer is not capable of coaching Manchester United to a high-enough degree of tactical detail.

Incremental improvements have been made to the quality of player at his disposal, explaining the rise from fourth to second last year, but that upward trajectory was always bound to level off before United reached championship-winning level.

That is the stark reality of their situation under Solskjaer, and for those of us banging our heads against the wall over this issue – those of us accused of an agenda against the Norwegian, when in reality we are simply seeing the same problem repeat again and again – it is with some relief that the view has started to go mainstream.

Even friendly pundits in the media (mostly former United colleagues) are starting to ponder if there is a deeper plan at work, or whether this really is just a collection of individuals, weaker than the sum of their parts; floating absent-mindedly through games and waiting for individual quality to rescue them.

To summarise the argument for the hundredth time: since Antonio Conte raised the bar for tactical complexity in the Premier League in 2017,  a series of elite tacticians have ensured automatisms – highly-structured attacks that act as set-plays, etched into muscle memory on the training ground – are required to win 90-plus points and take the title.

The financial inequality in modern football means the top sides regularly face compact defensive shells, and so this fine-tuned detail of where to stand, run, and pass is needed to meticulously pull a low block out of position. Jurgen Klopp, Pep Guardiola, and Thomas Tuchel are the league’s best examples of the contemporary tactician.

Brendan Rodgers is another,  and that is why his Leicester City team dominated against Man Utd on Saturday.

That attention to detail – compression between the lines, pressing as a collective, moving in sync – will always out-perform Solskjaer’s hazy, ambling system that contains none of that work, even if half the time Man Utd’s superior players will bail them out.

They will not win the league with Solskjaer in charge. It is that simple, and what ought to concern United fans is that his uncanny ability to pull out a big win right before crisis point, coupled with his good relationship with the players and media, appear to trap United between a rock and a half place: too good to change manager; too poor to take the leap to winning major silverware.

But the signing of Cristiano Ronaldo might just have dislodged them.

Up until this season, United knew how to win against the big teams as Solskjaer deployed a counterattacking system in which his team sat behind the ball, compressing the space in the simplest way possible.

A run of tricky games – they play the other five of the ‘Big Six’ before November is out – gives a chance for Solskjaer to recover, then, and yet the collapse against Leicester suggests Ronaldo has made United worse at the one thing they did well.

Of all the forwards to have played three Premier League games this season, Ronaldo ranks bottom of the table for pressures, with 17, significantly fewer than second-bottom Romelu Lukaku’s 43.

Predictably, Ronaldo’s disinterest in pressing has spread like an infection through the squad. It was remarkable to watch how easily Leicester passed from centre-back into central midfield, with one vertical ball past Ronaldo allowing Youri Tielemans or Boubakary Soumare to turn and run towards goal.

Ronaldo does not press and he does not know how to cut off the passing lines, which means opponents can build with incredible ease.

Strikers are the first line in the press and they have to set the tone; hence why most teams these days play in a strict 4-4-2 when off the ball, so that two forwards can help surround the opposition midfield and prevent that first pass going through.

But not United, not with Ronaldo at the front.

He was instructing others to press but that just meant they closed down in ones or twos, leaving even bigger gaps for obvious passes through the lines, and without instruction from Solskjaer – to either drop right back or press as a unit – United were decompressed and haphazard.

It is wrong to assume a defensive midfielder would significantly improve their situation. This is a systemic issue that exposes the midfield to having to cover huge patches of grass. This is a systemic issue that shows Solskjaer cannot coach structured possession and now, with Ronaldo lazily leading, cannot coach structured defending.

This does not bode well for upcoming games against Liverpool and Manchester City, teams that ordinarily struggle to cope with the restrictive defensive shape of Solskjaer’s side but should now comfortably move through the lines.

It is easy to imagine Liverpool’s midfield will emulate how Tielemans and James Maddison consistently connected either side of Nemanja Matic and Paul Pogba, for example, allowing the full-backs and front three to pick up speed as they approach the final third.

United will, once again, be hopelessly elongated; applying no pressure to the ball and playing without a collective purpose. Worse still, Mason Greenwood is being forced to play a right-wing position, Paul Pogba is being crammed uncomfortably into a midfield two, and Marcus Rashford is spending too much time on the bench.

Ronaldo has unsettled pretty much everything. Right now, signing him looks like a huge mistake. It is a team with no obvious identity, no plan beyond hoping for individuals to come up with a moment of magic.

We know Ronaldo can’t be dropped, and we know playing him dismantles any sense of defensive coherence.

Solskjaer is stuck. The knock-on effect might be that United become unstuck, breaking out of Groundhog Day with an emphatic downward trend.