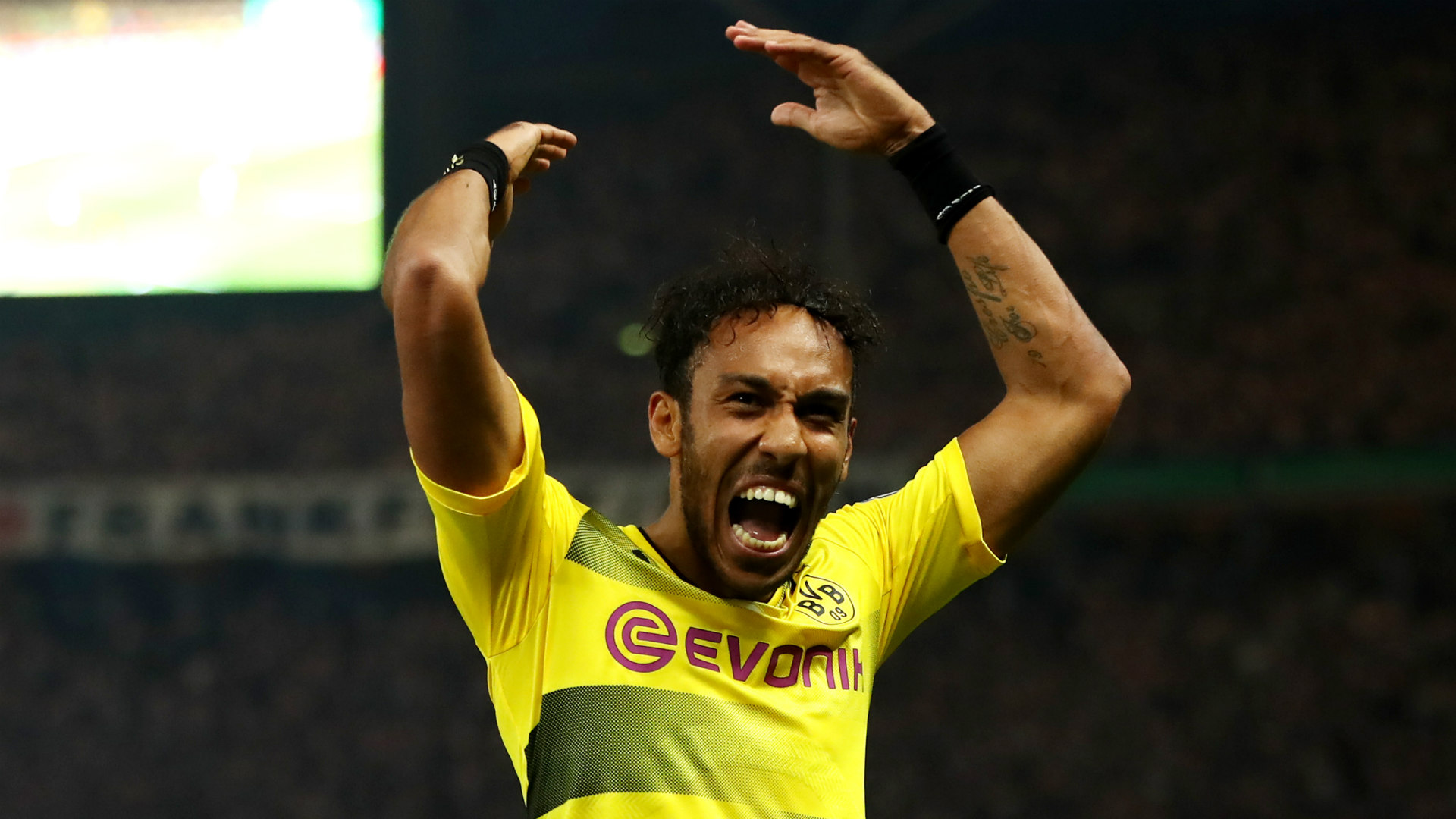 The Gabon striker has been heavily linked with a move away from the club this summer, and Peter Bosz has spoken out about the rumours

Aubameyang, 28, has been heavily linked with a massive €80 million move to Tianjin Quanjian in recent weeks, with the Chinese club having until Friday to find a way to force through a move.

Milan are also reported to be interested in acquiring the Gabon international, who scored 40 goals in 46 appearances for Dortmund last season.

Chelsea, too, have been linked with a bid for Aubameyang after missing out on the signing of Romelu Lukaku, who joined rivals Manchester United instead.

And Bosz has now admitted that he expects rumours to circulate for the duration of the transfer window.

"Auba is here and has trained,” he said after Dortmund trained in front of their own fans.

“This is what counts for me. The fact that there will be speculation until the end of August is clear.”

Barcelona and Real Madrid have also been mooted as potential destinations for one of the Bundesliga's top goalscorers in recent months.