Young Bafana's 17 year old central midfielder Lance Weaver, gives his view on what it takes to be a young footballer in the 21st century in Cape Town

Life can become pretty hectic and tiring as a young player, especially once the season is in full swing, but this has become the norm for me.

On an average weekday, I'll be up at 6:20am to get ready for school - doing the necessary preparations for the day, including packing books and eating properly to get me through the day.

I'm usually out of the door at 6:50am to get to the first part of extra classes at school at 7:15am. I have a 2.5 kilometre walk to school, so it is important that I start out early.

The regular school day starts at 8am and ends at about 15:00. My favourite subject would probably be geography because it is one of the easier subjects, one that I can just study.

The second set of extra classes then starts straight after school ends up until 16:00. This is my matric year, so these classes are important.

I get home at about 16:25, if I walk fast enough.  An average day for me involves a lot of walking around, so it would be exhausting if I didn't meet my proper dietary requirements.

My diet depends on my schedule. Before and after training I usually take in more protein than carbs for muscle recovery. I also try to eat a lot of raw fruits and vegetables to keep healthy for this hectic training schedule. I also urge myself to drink lots of water to flush out toxins.

I also mix up my diet a little bit. I love chicken pasta, but sometimes I spoil myself with a slice or two of pizza just to keep things interesting and tasty. I also love to make my own snacks and meals whenever I can, admittedly most of these snacks are unhealthy, but hey - we have to keep life interesting, right? 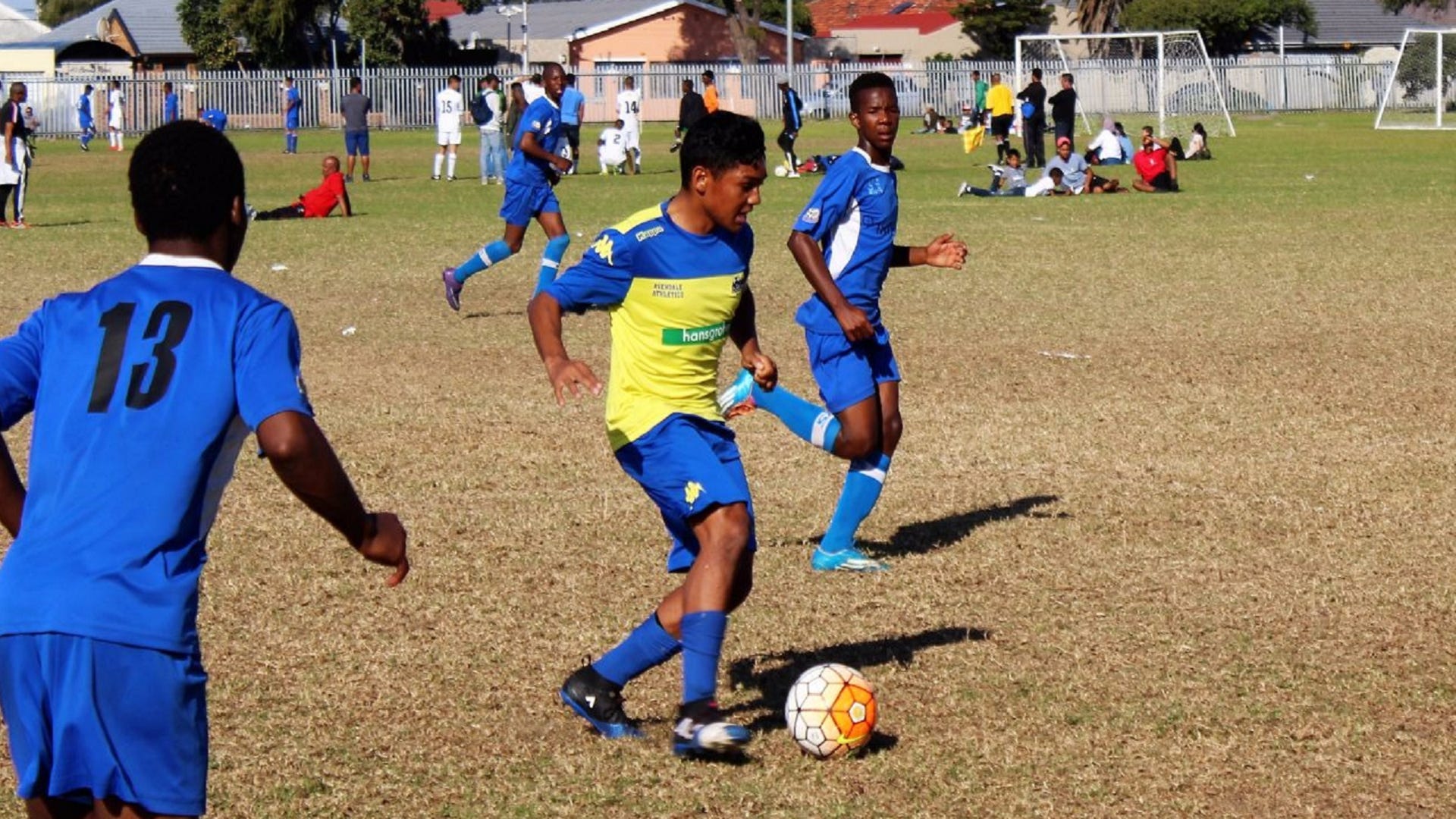 As soon as I get home I get ready for our afternoon pick up for practice with the Young Bafana Soccer Academy, which requires more walking. This walk is worth it. Being with Young Bafana means that I get to experience how everyone works together like a family and the atmosphere at the training ground. Everyone is usually buzzing and I love the energy and team spirit - especially how we work together on the field.

Pickup is at 16:50 at the local mall which is another 2km away (give or take) from my house.

Once I get to the pickup point, the club bus usually comes within 10 minutes, and if everything goes according to plan (no traffic) we usually start practice at 17:15.

The best thing about training for me would probably be when Coach Moritz says, "Alright, next we are going into the tube".

The tube is a very difficult game to play because it is very narrow and there is limited space to play. It basically forces you to be more aware of things around you and it helps you to play more quickly, which suits our style of play.

But mostly, I love the hard work we as a team put in at each training, because if we had a great training week, the match day is usually better because of our thorough preparation. I usually leave the training ground at about 19:30.

By 19:45 we are dropped off at the drop-off point - thus begins the walk home with two or three of my peers. I usually get home at eight in the evening. I immediately have my dinner and my homework follows shortly. I also try to do some studying for the day and I try to be in bed at 23:00. It is a lot for the day, but when I wake up for the next day I have to do it all over again.

My weekend starts on a Friday with a short practice session to start it all off.

On a Saturday I wake up at 10am, and do my pre-game rituals. Along with eating some healthy foods to promote energy, and some activation with a resistant band.

I get suited up and then I'm off to the game venue. I'm usually there up until about 15:00.

When I get home I firstly have some glutamine as a shake, mostly for muscle recovery and to prevent injury. Thereafter, I try and spend some quality time with loved ones. My day then ends at 20:00, which is time for me to unwind and relax at home in front of the television for an hour or two.

By 10 or 11pm I am in my room thinking about the game and what I could have done better during that particular game.

My Sundays are dedicated to relaxation and homework - and then the entire process repeats itself. I know... it sounds crazy, but life is good!

Lance Weaver is completing his matric at his high school in Athlone. He has played for Young Bafana since 2015 and has also represented Avendale Athletico at two Bayhill tournaments. He has also played for Cape Town Tygerberg in regional LFA tournaments. He plays as a central midfielder and is known for his all-round skills. He possesses a keen eye for the final pass but particularly excels through his hard work off the ball in a pressing or counter-pressing situation. His most important asset might be his commitment to improvement and hard work on a daily basis!