Kekana, who has been with the Brazilians for the past five seasons, could lead his teammates out of the tunnel in the new season if Billiat's Instagram post is to be believed

EXTRA TIME     Mamelodi Sundowns lost last season's captain Ramahlwe Mphahlele to Kaizer Chiefs in June this year, but have they appointed his successor?

Well, nothing has been confirmed as yet but Khama Billiat took to Instagram to break news that Hlompho Kekana will captain the Tshwane giants in the 2016/17 PSL season. 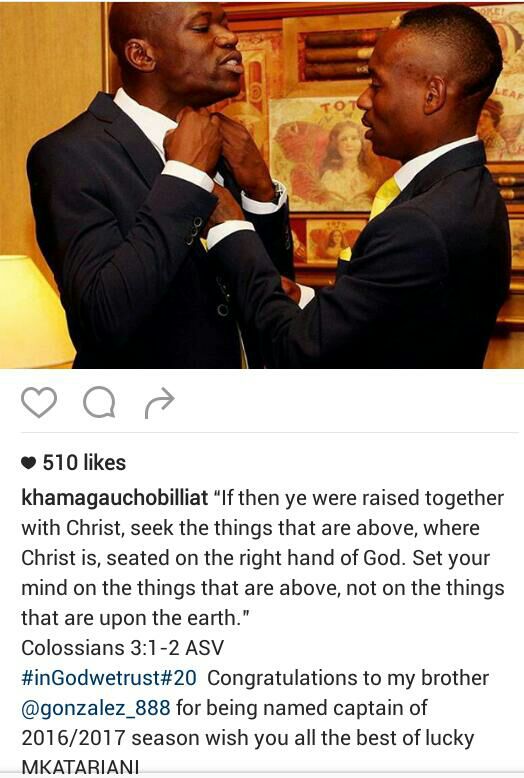 Kekana's Instagram wall was also filled with congratulatory messages from his followers on Sunday morning.

Happy Sunday to you all