The Dutch forward has attracted criticism for his time in Germany, but a productive loan spell at Anderlecht has shown what he is capable of

Joshua Zirkzee has revealed that he received “hateful, racist” messages on the back of a “stupid” miss for Bayern Munich in a pre-season outing against Ajax, but a man impressing on loan at Anderlecht has vowed not to change his ways and to fight for a long-term future with the Bundesliga champions.

The 20-year-old Dutch forward attracted criticism in July 2021 when spurning a chance in a friendly contest with Eredivisie giants Ajax that saw him round the goalkeeper but dwell on the ball too long – allowing a defender to slide in and clear from inches out.

Zirkzee briefly wiped his Instagram account on the back of that summer fixture, with online abuse aimed in his direction, but he soon shrugged the incident off and considers the matter to be closed.

Zirkzee told GOAL and SPOX of clearing his social media: “It wasn't a big deal for me. I turned off the messaging function on Instagram.

“I was completely inactive on Instagram for two or three days, then I went back online. It was a bit too much for me and I needed a break. I got hateful, racist, stupid messages.”

He added on the furore surrounding his miss against Ajax: “Personally, I couldn't have cared less about the criticism.

“I missed a chance, but on the whole I played a decent game. I actually had a good pre-season in Munich.

“Of course it was stupid that I missed this chance. Many people hyped it up afterwards, but I didn't care. I was in good form and wanted to continue it.

“At that moment I should have been more professional. It shouldn't have happened to me, but it happened: So what?”

Does Zirkzee have the right attitude?

As many took aim at Zirkzee on the back of his outing against Ajax, questions were also asked of whether he was displaying the right attitude in training and doing enough to convince Bayern of his worth.

He has responded to those claims by saying: “I had a difficult period. It's difficult to show yourself when you're not really a part of the team.

“Did I give less than 100 per cent in training? No. Did I go home a bit more sad than normal? For sure.

“I was hoping to play more. Then within a short period of time I played less. It was difficult.

“People get that impression of me more often at times like this. The important thing for me is what the coach says. And Hansi Flick never said anything to me.

What does the future hold for Zirkzee? 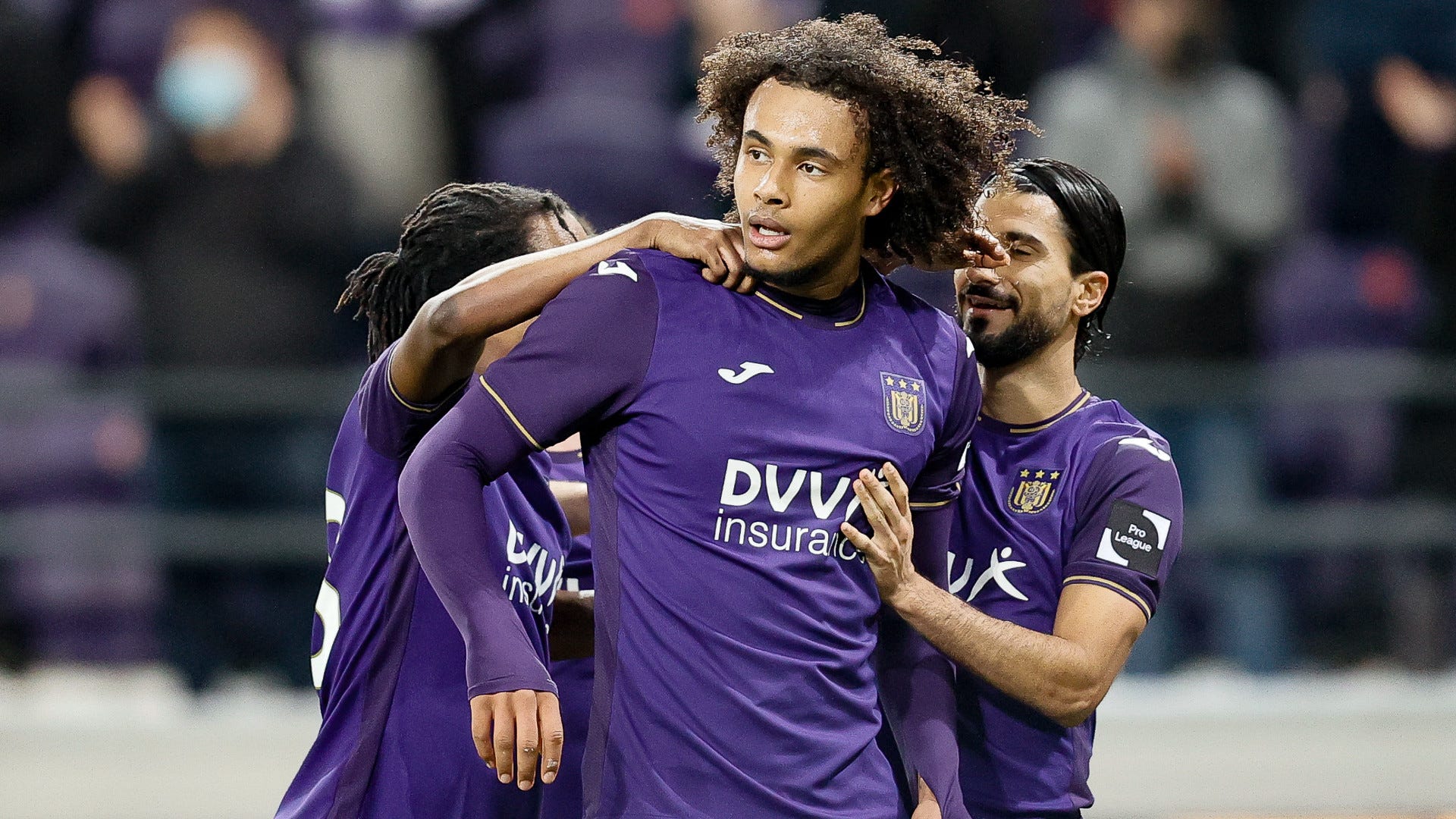 Shortly after his polarising performance in a meeting with Ajax, Zirkzee was freed by Bayern to take in a season-long loan at Anderlecht.

He has enjoyed a productive campaign in Belgium, netting 14 goals, and the Netherlands U21 international believes he can still make an impression alongside Robert Lewandowski and Co at the Allianz Arena.

Zirkzee said on his future: “I still hope I can become an important player for Bayern some day.

“I will return to Bayern this summer. Where I will be after that depends on the prospects of playing regularly, because that is the most important thing for me.”