We Are The Shed, a die-hard group of Chelsea season ticket holders, may not be the most stereotypical allies to the LGBT+ community,

But for Tracy Brown, co-chair of Chelsea Pride, they are invaluable.

Brown, who has helped lead the Blues’ LGBT+ supporters’ group since 2016, is playing a key role in joining up with other Chelsea fan groups as they look to spread a message of equality among the Stamford Bridge faithful.

A match-going Chelsea fan for 27 years, Brown believes Chelsea Pride have to lead by example – if they cannot be diverse and open to all, how can they expect their club to be the same?

Speaking exclusively to Goal, she says: “When we’re coming out of lockdown, I want to make sure we’re connected with not just our own LGBT+ community, but we are combining with other fans.

“We’re working with Chelsea Women’s Supporters’ Group, and we’ve taken two of their members and added them to our committee so we have a connection with the women’s game in our committee.

“We’re doing work with We Are The Shed, the die-hard Chelsea season ticket holders, and they are fantastic allies.

"As much as I can scream about the 'rent boys' chants, they’re the ones who can say no and it will make a big difference. Having allies within our committee means as we grow, we have them beside us, and it shows everyone is working with the club. 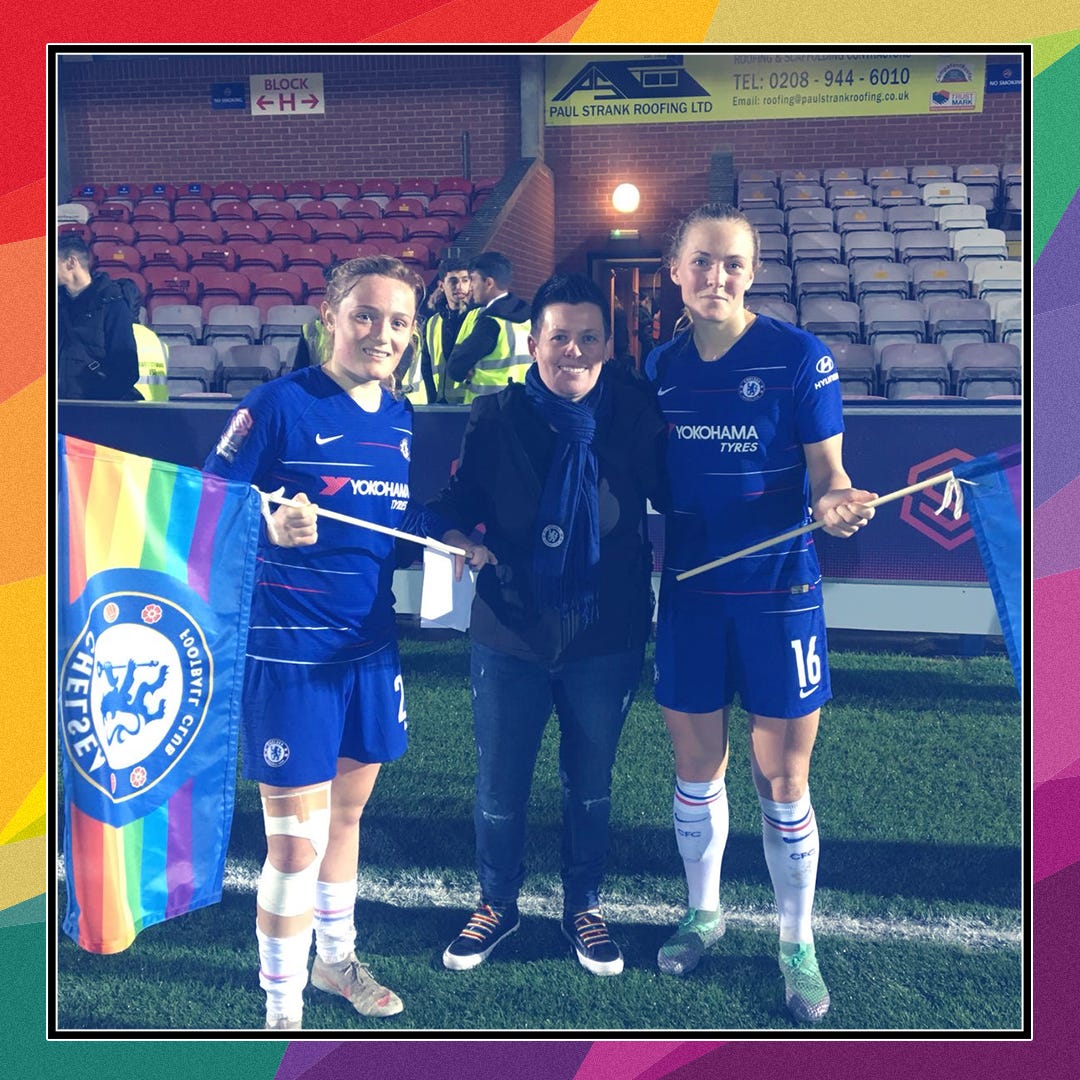 “We realised we need to have a committee that is exactly what we would want from a company or a boardroom. If we looked and it was all white men aged 50-plus, we wouldn’t stand for that. We didn’t want for me to be the only woman and a load of white male LGBT guys, that’s not diversity.

“It’s important going forward we have that. We want to be able to work with everybody; people are more likely to say to the Shed End guys, 'why are you working with them?' That’s where education comes in.”

The ‘Chelsea rent boys’ chant is a common homophobic slur used by supporters of rivals clubs when visiting Stamford Bridge, and has been co-opted by many Blues fans by way of defiance.

It makes Brown immensely uncomfortable, and while it continues to be sung, she cannot see how LGBT+ fans of the club can be persuaded to attend matches – let alone for a gay player to come out.

“Go to a women’s game, very rarely will you hear homophobia. If you’re at a men’s game, a Chelsea game, you’ll hear the Chelsea rent boys chant. Manchester United will sing it for the whole two halves.

"If I was a Chelsea male player, walking out onto the pitch and all I hear is that, I wouldn’t want to come out. Right now, I wouldn’t feel safe.”

So what needs to be done? Brown says tougher measures need to be taken, both within a football context and with possible criminal prosecutions.

“You’ll always have problems with fans, you can’t change the mindset of everybody, but education is the key. 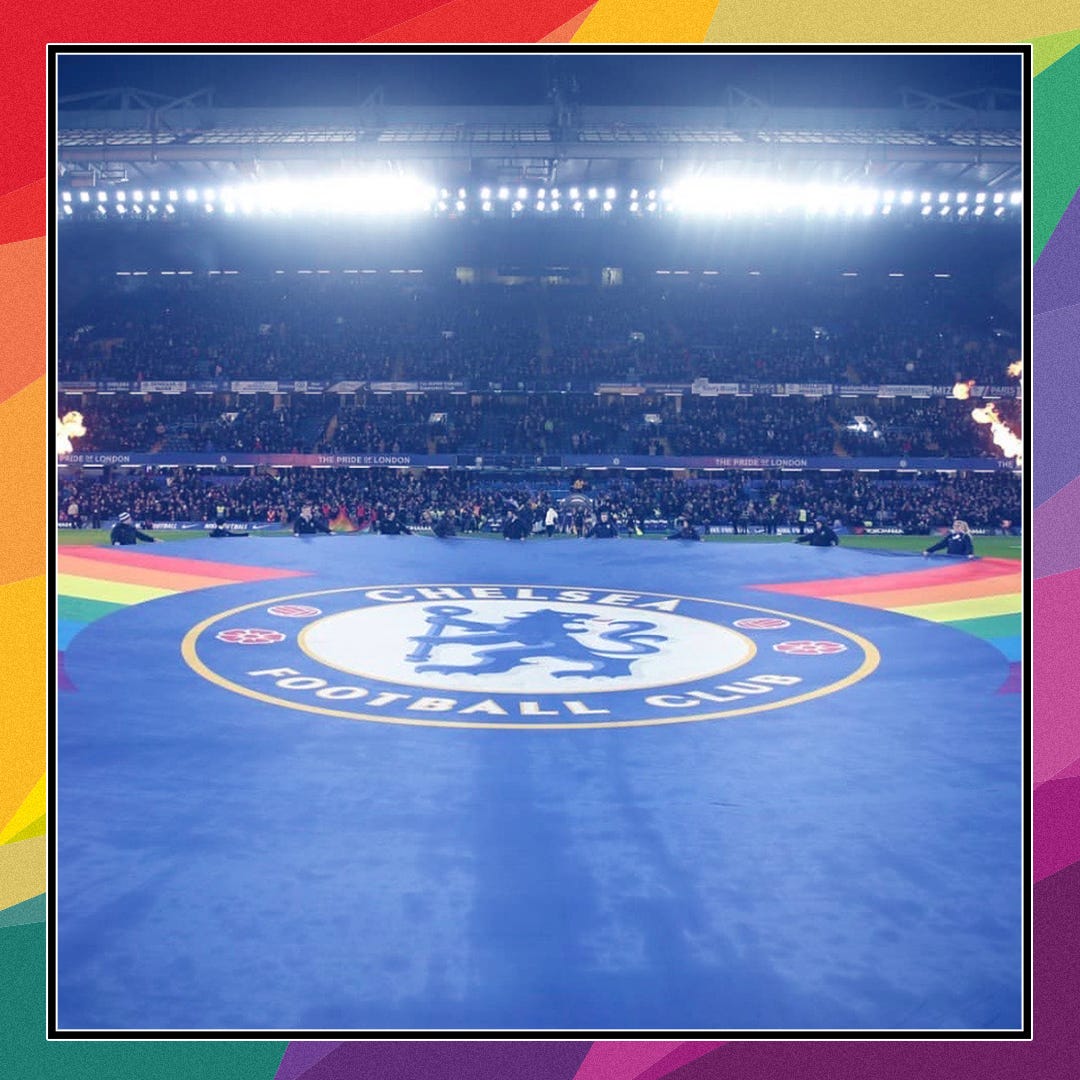 "Governing bodies and the law need to change, so that if there is homophobia within the stands, you can actually be prosecuted and banned in just the same way as you can for racism.

“This is where you need the FA and other governing bodies to stand up. If you go to a ground and you’ve got 3,000 away fans and consistently they’re singing derogatory songs, obviously it’s hard to remove 3,000 fans, but next time, reduce the number of fans allowed to come.

"It gets smaller and smaller until fans realise there are certain things that cannot be said, which isn’t banter. If away fans cannot behave themselves, then you need to start reducing numbers.

“Every club needs to say, 'we all want the same thing'. They need to work together to say enough is enough.

"I don’t like hearing about my own fans getting in trouble. I cringe when Chelsea are abroad, and what is going to be said. I know what my own fans are capable of. I’ve had homophobic abuse directed at me, I know what it’s like.”

Brown is now 43 and has been going to Stamford Bridge since she was 16. She says things are much better at the ground now than they were – but very unpleasant incidents can still occur.

“A couple of years ago, I was in the Matthew Harding End, and there was a guy right behind me who was vile. Everything was nasty; there was a woman a couple of rows down and he was talking about the size of her breasts, I turned around in disgust and it was “f*cking lesbians” this and that. It was non-stop.

“I reported it, the security team worked for weeks, but he wasn’t the fan who would normally sit in that seat, they couldn’t find the individual.

“We have other members who have heard abuse and are too scared to say anything; they are season ticket holders, they sit in their seat every week, they don’t want it to go any further. We’ve had that several times, and there’s not much you can do as you’re worried about someone’s safety.

"There are plenty of supporters who won’t go to games as they are too scared to.”