With Boris Johnson enforcing a strict national lockdown, will the Premier League once again be suspended?

Premier League football was suspended for three months following the Covid-19 outbreak in March 2020, with social distancing enforced to slow the spread of the virus.

The league resumed in the summer of 2020, but the tail end of 2020 has seen the highest infection rates across the UK - along with a newer, more infectious strain of the virus - and hospitals becoming increasingly overcrowded.

Prime Minister Boris Johnson has now announced a new Tier 4 national lockdown across England. But will the Premier League and top-level football continue?

Will the Premier League and FA Cup continue during the UK's Tier 4 lockdown?

Both the Premier League and FA Cup are expected to continue during England's Tier 4 national lockdown, as they have been classified as "elite" sport and granted an exemption from the rules.

Johnson announced stricter lockdown measures for England on January 4, moving the country to the highest coronavirus alert level of Tier 4 beginning the morning of January 6.

Johnson stated in his briefing that it had become "clear that we need to do more" to bring the new Covid-19 variant "under control" and help the vaccination distribution in the UK.

The lockdown is expected to remain in place until at least February.

This means that the tightest lockdown restrictions since March will be enforced and schools are set to shut, though elite football will still be played - albeit behind closed doors once again.

The UK’s four chief medical officers stated that the alert level should be moved to the highest level, warning of the NHS being severely overwhelmed.

They said: “Cases are rising almost everywhere, in much of the country driven by the new, more transmissible variant. We are not confident that the NHS can handle a further sustained rise in cases and without further action there is a material risk of the NHS in several areas being overwhelmed over the next 21 days.”

Though the number of Covid-19 positive cases within the Premier League have increased in the past weeks, with several fixtures such as Manchester City vs Everton postponed due to coronavirus outbreaks within the camps, top level football will remain unaffected. 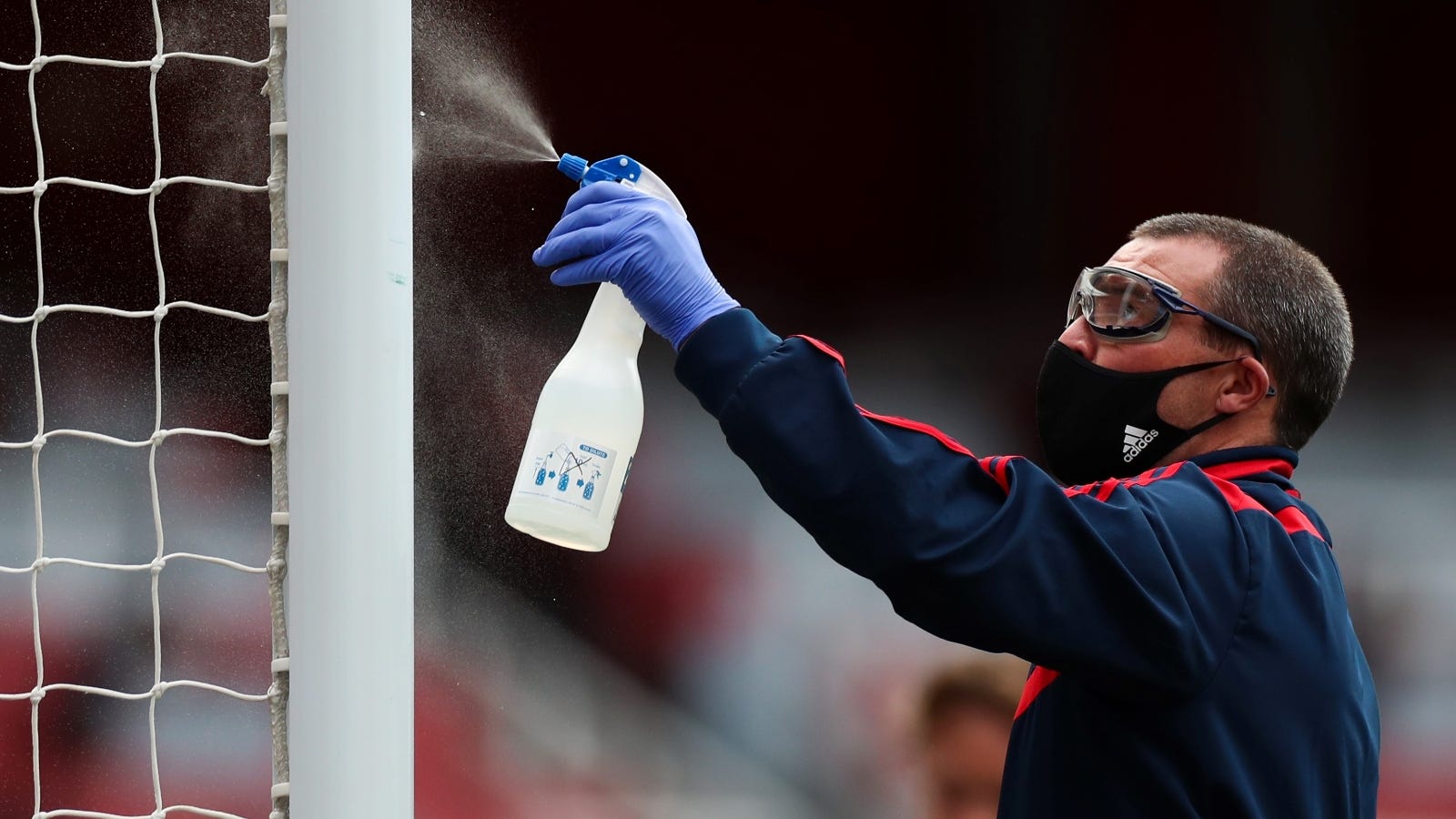 Rigorous testing and plans for social bubbles have contributed to the Premier League insisting that they will not have to suspend the season for a second time.

"The Premier League has not discussed pausing the season and has no plans to do so," the league said in a statement on December 30.

"The League continues to have confidence in its Covid-19 protocols to enable fixtures to be played as scheduled, and these protocols continue to have the full backing of Government.

"With the health of players and staff the priority, the League is also fully supportive of how clubs are implementing the protocols and rules."

It currently remains unclear, however, how the lockdown will affect non-elite football across England.

"I can say yes to the Premier League, I think, with authority," Johnson had told reporters in October after the announcement of the second lockdown about whether or not sport would be allowed to continue.

Oliver Dowden, the Secretary of State for Digital, Culture, Media and Sport, confirmed that top-level sporting activity would not be forced to stop.

"The changes mean people should work from home where possible," Dowden explained on Twitter at the time.

"But where this is not possible, travel to a place of work will be permitted - e.g. this includes (but not exhaustive) elite sport played behind closed doors, film & tv production, telecoms workers."