Kevin De Bruyne and Virgil van Dijk are among the headliners in the FIFA 20 Premier League Team of the Season So Far.

The Manchester City and Liverpool stars are the highest rated players in the squad, with both given an overall rating of 99.

Having strolled to a 25-point advantage at the top of the English top flight, Jurgen Klopp's men were on the cusp of securing the league crown for the first time in 30 years before the coronavirus pandemic forced the suspension of football across the world.

Salah and Mane have been among the most productive players in the league this term, with the Egypt international scoring 16 goals and assisting six more in 26 appearances while the Senegal star has netted 14 and set up seven.

Full-back Alexander-Arnold, meanwhile, has been important in attack, registering 12 assists to go along with his two goals for the Reds. 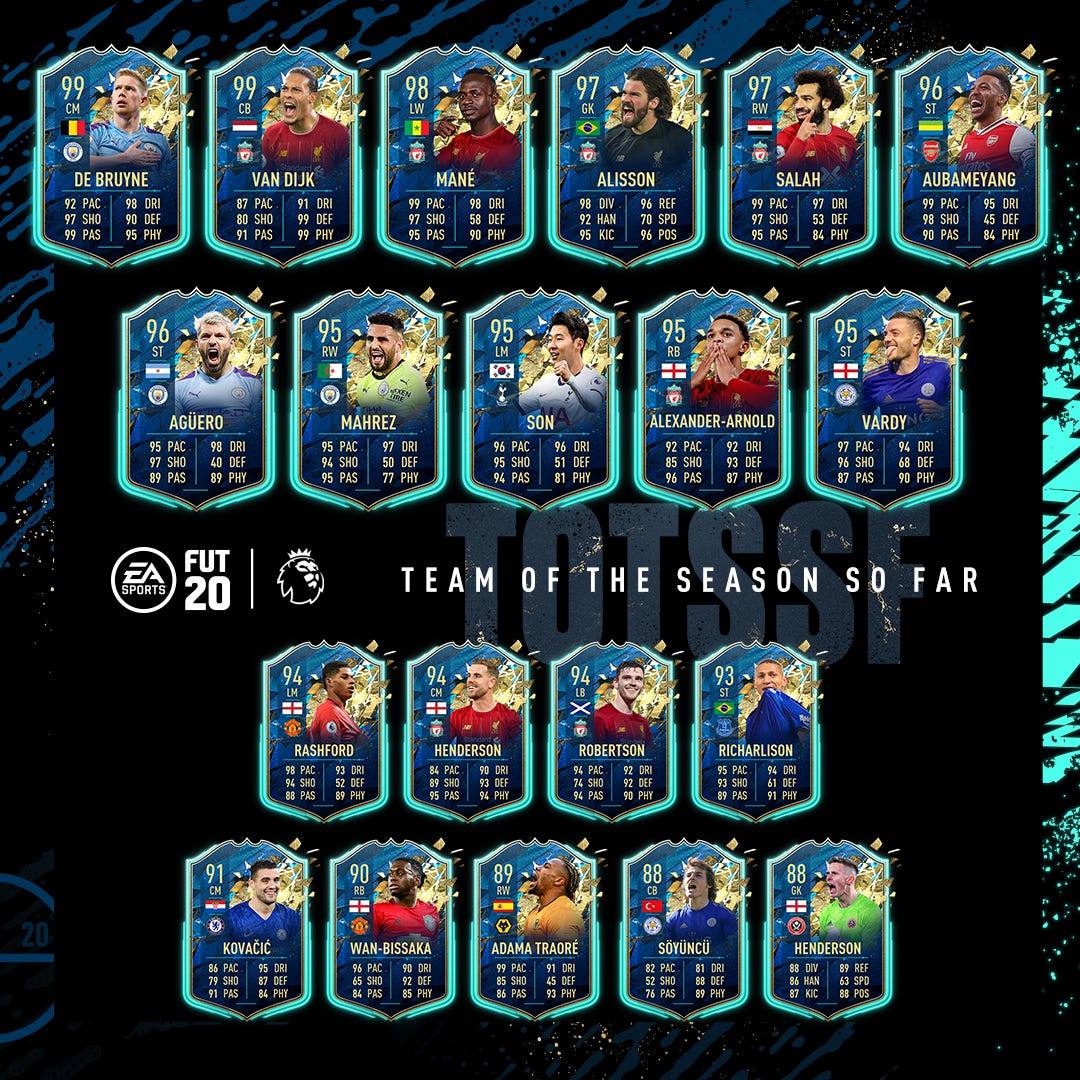 Brazilian shot-stopper Alisson, meanwhile, has conceded just 11 times in his 20 appearances, while Van Dijk has strengthened his reputation as one of the world’s best defenders with his impressive performances this term.

Second-placed City are also well-represented in the team, with De Bruyne, who tops the Premier League assist chart with 16 and eight goals, joined by star striker Sergio Aguero and Algeria international Riyad Mahrez.

Argentina forward Aguero has scored an impressive 16 goals in 22 games, while Mahrez, who has started just 15 games in the league this season, has chipped in with seven goals and eight assists for Pep Guardiola’s side.