Donny van de Beek "isn't happy" at Manchester United but he's not "panicking" about his situation, according to Frank de Boer, who insists that the £40 million ($56m) outcast hasn't given up on his Old Trafford career just yet.

Van de Beek has been unable to nail down a regular spot in Ole Gunnar Solskjaer's starting XI since joining the Red Devils from Ajax back in September.

It has been reported that the Dutch playmaker has already requested a move away from United due to a lack of minutes, but De Boer insists he still believes he can be a success in England.

“I spoke to Ajax and they said there's no truth in it at all. He didn't ask to speak to them," the Netherlands head coach told talkSPORT.

“He's just focusing on his recovery on his ankle, and it's not true that he asked Man Utd to leave.

“His agent also told me that of course he's not happy that he's not playing. He's only had two starts under Solskjaer and that's not what he hoped for when he joined Man Utd.

“He has to have a review after this year, asking where do I stand? Do I have a possibility to succeed here or not? Otherwise, I have to make a move.

“We will see where he's heading next year, maybe he stays at Man Utd or maybe another club is interesting for him.

“But he's not panicking at all, he told the manager he's so happy at Man Utd because the club is one of the best in terms of how they treat him, he feels loved.” 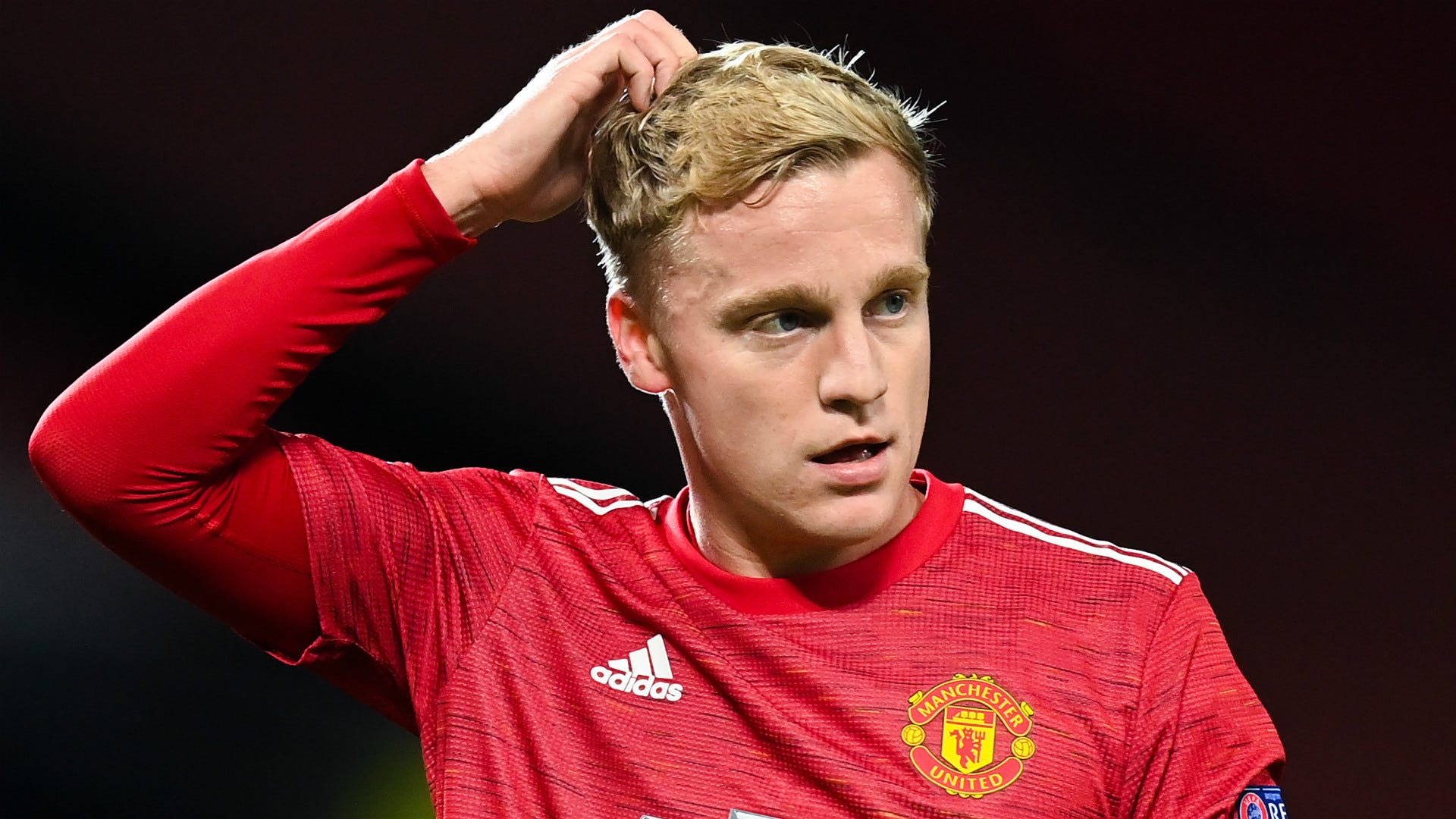 Van de Beek established himself as one of the top young midfielders in Europe during his time at Ajax, but has so far been unable to live up to the same high standards with United.

The 23-year-old has struggled to impose himself amid strong competition for places at Old Trafford, with 11 of his 13 Premier League outings to date coming from the bench.

Van de Beek has also appeared in 13 cup games, but has only managed to contribute one goal and one assist to the Red Devils' cause while being overshadowed by the likes of Bruno Fernandes, Paul Pogba, Scott McTominay and Fred.

Solskjaer has continually defended his treatment of Van de Beek this season, insisting that the Netherlands international is making steady process behind the scenes with a view to becoming a key player for the club in the future.

Van de Beek was handed a five-year contract upon his arrival and still has plenty of time to prove himself, but speculation over his future is likely to continue if he fails to make more of an impact between now and the end of the campaign.

United take on AC Milan in the second leg of their last-16 Europa League tie on Thursday, with that fixture coming just three days before an FA Cup quarter-final showdown against Leicester City.