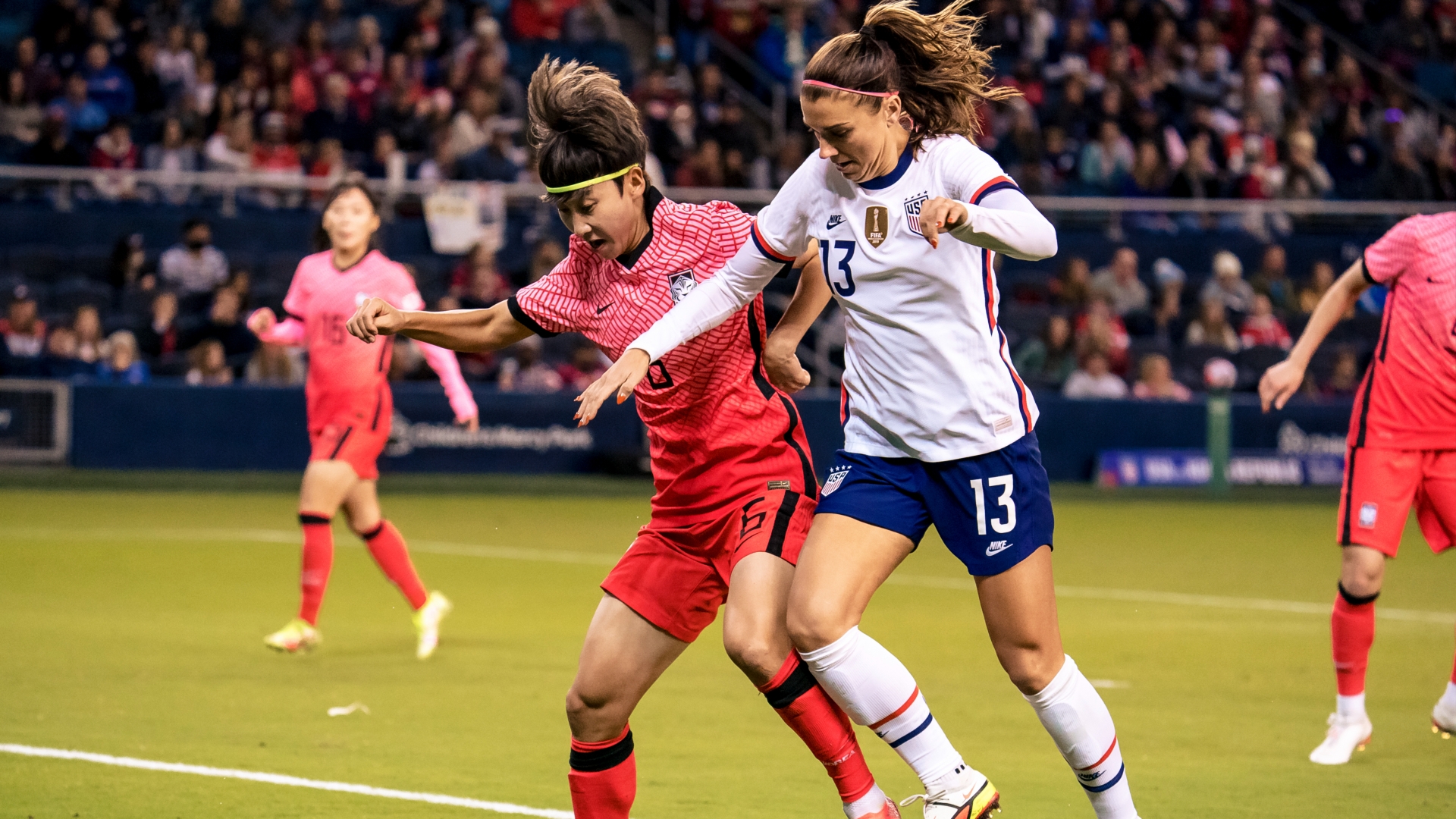 The U.S. also failed to score at home for the first time in 60 matches

The USWNT had eight shots on goal to Korea's one, but found their opponent's defense and goalkeeper Yoon Young-geul in inspired form.

Ironically, the last opponent to hold the U.S. at home was also South Korea, who drew the World Cup champions 2-2 in an October 2019 friendly.

Though his side failed to win, USWNT head coach Vlatko Andonovski said in his post-game press conference that he was happy with how the U.S. played on the night.

"I actually thought we did a very good job in adapting to everything that was thrown at us in this game," Andonovski said.

"I have to be honest with you, I think our final product was poor and I think we could have done better," Horan said.

The U.S. had gone two years without a blemish on their home record, outscoring opponents by an incredible 91-3 tally in the process.

But after crushing Paraguay 8-0 and 9-0 in two friendlies last month, the U.S. got a far tougher challenge against Colin Bell's side on Thursday.

With the Koreans holding them scoreless on Thursday, the USWNT also ended a run of 60 consecutive home matches with a goal.

What's next for the USWNT?

The USWNT will quickly get a chance for revenge as they take on South Korea again on Tuesday in St. Paul, Minnesota.

That game will mark the end of Carli Lloyd's legendary international career, with the 39-year-old set to retire at the end of the current NWSL season.