U.S. is the clear Gold Cup favorite now, even if Bruce Arena doesn't want the label 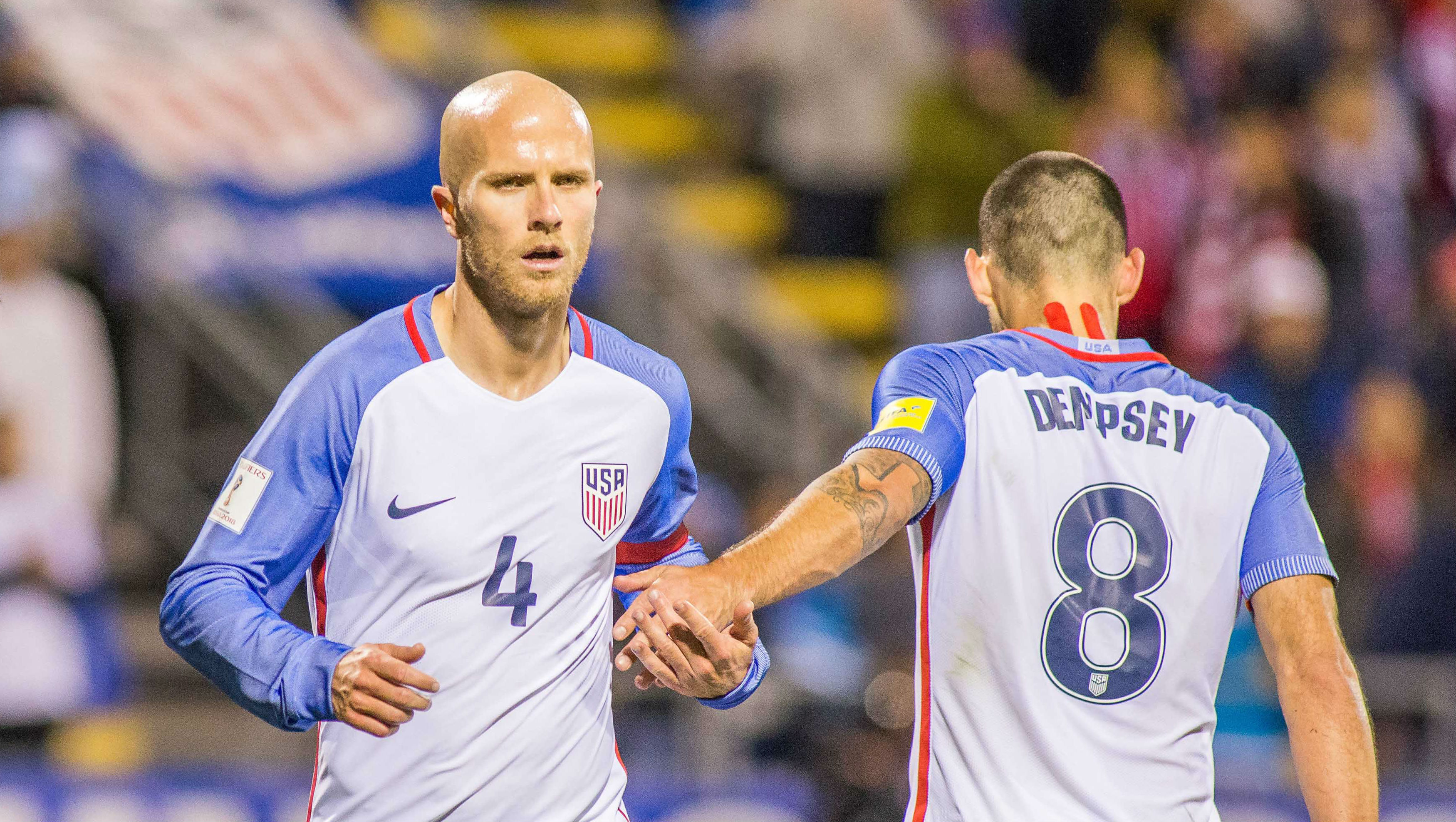 With the arrival of veteran standouts to reinforce the roster, the USMNT has now become the obvious choice to win the CONCACAF tournament

U.S. national team coach Bruce Arena had to know the question was coming. After calling in World Cup veterans and established American stars Tim Howard, Michael Bradley, Jozy Altidore and Clint Dempsey, as well as dangerous midfielder Darlington Nagbe, Arena surely knew his team would go from being seen as an experimental squad during the group stage to the clear-cut favorite to win the 2017 CONCACAF Gold Cup.

That didn't stop Arena from trying to avoid accepting ownership of the label he and his team have no choice but to wear.

"There are eight favorites to win right now," Arena told reporters on Monday, two days before the U.S. faces El Salvador in the Gold Cup quarterfinals. "This is the knockout rounds now, so it’s one game at a time for everybody. I don’t think there are any favorites.

Howard wouldn't take the bait either when asked if the Americans were now the favorites.

"You’d like me to say that," Howard said. "Obviously I think we're driven, we’re motivated. Certainly we’re playing this thing to win. In that regard, obviously we have one singular focus. Obviously it’s game by game. Getting to the final doesn’t matter if we don’t take care of business on Wednesday.

"I wouldn’t say [we're favorites]," he added. "There are some good teams. Obviously we always have Mexico fighting with us. There are other good teams like Costa Rica and Panama. Panama played us tough in the first round. I don’t know about favorites, obviously we feel good about ourselves and the direction which we’re going but none of what I say today matters. We have to go out there and prove it on Wednesday night, and that’s the first hurdle for us."

Howard and Arena may not want to say it, and can't be blamed for trying to be diplomatic, but let's clear up any confusion: This U.S. national team, as currently constructed, is the runaway favorite to win the Gold Cup. It doesn't mean the Americans will win, but looking at all the teams in the tournament, it's tough to justify picking any other nation ahead of the U.S.

Mexico is playing a B or C team, a product of having had to commit its A squad to the Confederations Cup. Throw in the pre-tournament loss of Alan Pulido and you can see why El Tri struggled to truly dominate a rather cushy group. That being said, Mexico has some exciting young talent and can't be ruled out as a potential winner. Especially if the attack can find the rhythm that was lacking in the group stage.

Costa Rica could have been called the tournament favorite when the Gold Cup began. Sure, the Ticos were missing Real Madrid goalkeeper Keylor Navas and veteran midfielder Celso Borges, but they arrived with most of the rest of their full squad, led by Bryan Ruiz and Joel Campbell. Injuries have taken their toll though, with Costa Rica having lost Campbell, Johan Venegas, Bryan Oviedo and Cristian Gamboa.

Canada is an interesting team because the Canucks were one of the real group-stage surprises. Octavio Zambrano's men tied Costa Rica and went undefeated in group play, and now they welcome in Cyle Larin, who is a knockout-round replacement after sitting out the group stage following his DUI arrest in Orlando.

Larin's arrival helps, but doesn't make Canada a Gold Cup favorite. Not when Jamaica and likely Mexico stand in the way of a trip to the final.

Panama looked good in the group stage, and did give the U.S. trouble in their tournament-opening draw, but the Canaleros don't have reinforcements rolling in like the U.S., and they also have to face Costa Rica in the quarterfinals. An upset isn't out of the question in that match, but beating a revamped U.S. team would be an all-time Gold Cup upset.

Would things be different if the U.S. hadn't called in the cavalry? Yes, the U.S. group-stage squad would have been right on par with Mexico and Costa Rica, but Arena had his cards to play and he played them.

Arena has faced criticism in some circles for calling in veteran reinforcements, but it is outright foolish to suggest the U.S. shouldn't have utilized the tournament's rules as constituted. The notion that playing the inexperienced initial squad throughout the tournament would have been better for the U.S. as a program because of the experience it would have afforded the likes of Dom Dwyer and Kelyn Rowe is quaint and short-sighted.

Yes, it would have made for a nice story if an inexperienced U.S. team won the Gold Cup, but that was never Arena's plan.

"We’re bringing in some experienced players, players of quality, and that only helps our team," Arena said. "That was our plan all along. We did it before the tournament."

It would be one thing if Arena had really called in a full-fledged U.S. 'A' team, and forced his European-based contingent to take part in the Gold Cup. That move would have been seen as overkill, and would have meant reducing their summer rest time after June's World Cup qualifiers. Arena didn't do that though. He let Christian Pulisic, John Brooks, Fabian Johnson, Geoff Cameron, Bobby Wood and DeAndre Yedlin stay home and rest up and prepare for their upcoming club seasons.

Arena also could have just as easily brought in the likes of Howard, Dempsey and Bradley from the start of the Gold Cup, but the tournament's format allowed him to let those veterans rest during the group stage while he took a closer look at some new faces.

That decision worked out pretty well, with players like Dwyer, Rowe, Matt Miazga and Joe Corona boosting their stock, and the entire U.S. team facing the pressure of winning a group that wound up being tougher to top than expected.. That was the purpose of the group stage for the U.S., and with the knockout rounds here, calling in his MLS-based standouts made total sense.

Getting young players experience is important, but so is winning trophies. A few more games would have been good for Dwyer and Rowe, but they have already passed the test set out for them this month. They have, without question, earned future national team looks. You can definitely argue for them to have stayed over the likes of Agudelo, Chris Pontius and Gyasi Zardes, but you can just as easily argue that the players who stuck around are better suited to play the reserve roles they will now handle.

The Gold Cup knockout rounds serve as a new, tougher test for a stronger U.S. team. The big guns may have been called in, but there are still plenty of players who stand to benefit from getting to play alongside them like Joe Corona, Kellyn Acosta, Agudelo and Miazga. They will all benefit from a Gold Cup title run if it happens, and Arena's plan has made that possibility much greater.

Of course, the U.S. still has to actually win the thing. As much as the Americans will try to pretend they aren't the favorites, they know full well the pressure is on, and anything short of a title will be a huge disappointment. Every team left in the tournament is looking at the U.S. as the team to beat, and that's the kind of pressure that a coach like Arena surely loves to see his team face. Even if he won't admit it.