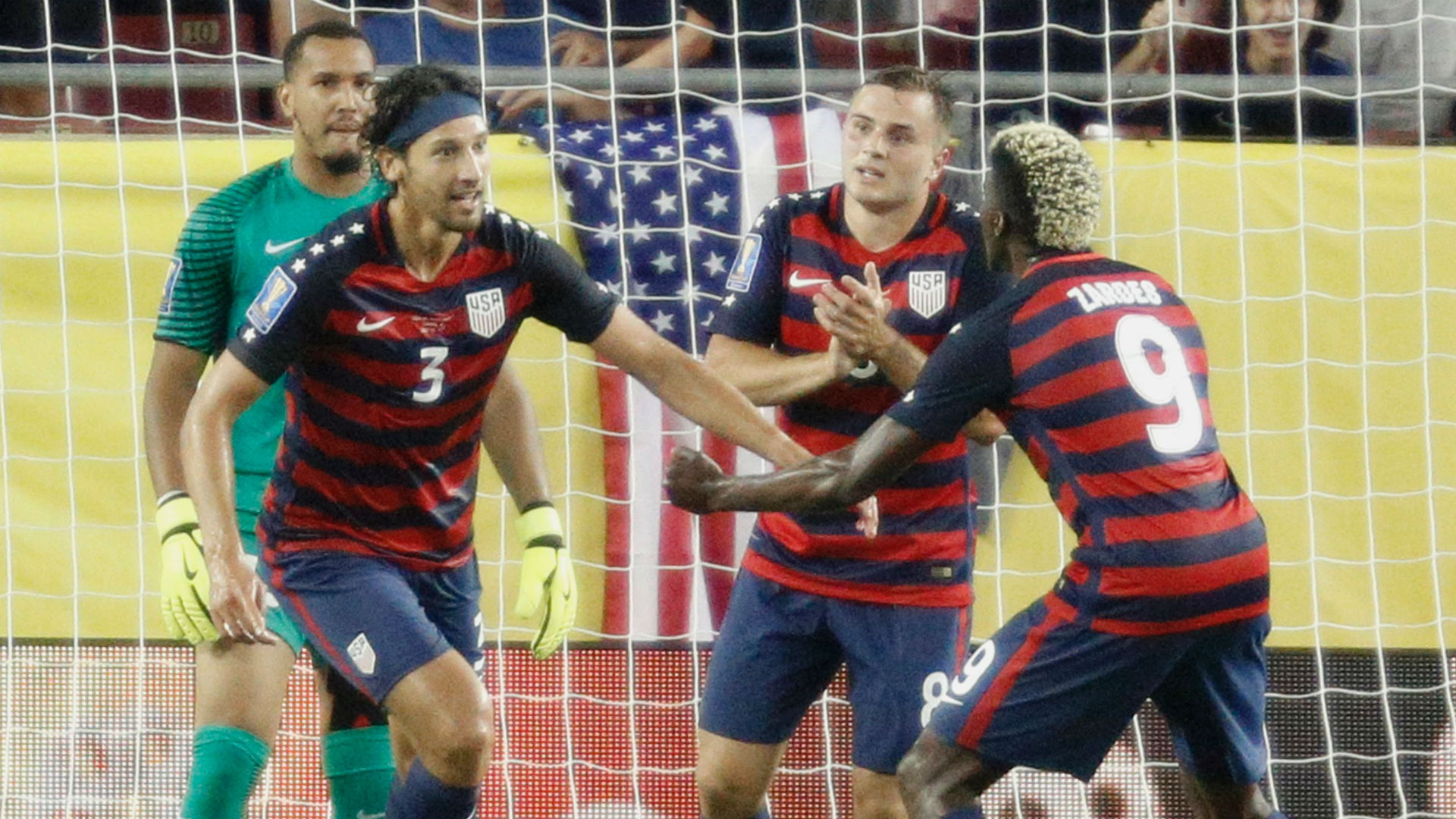 The Seattle Sounders striker scored twice while the FC Dallas center back had a night to forget as the U.S. national team won a Gold Cup nail-biter

For the past couple weeks, Dom Dwyer has grabbed headlines as the U.S. national team's latest fresh face at striker. But Jordan Morris reminded fans Wednesday why he's long held that status as the "next big thing" up top.

The 22-year-old Seattle Sounders forward scored twice as the U.S. earned a 3-2 win over Martinique in the Gold Cup group stage, providing the main highlight in a surprisingly tight contest.

While Morris made his case for more playing time, FC Dallas defender Matt Hedges struggled in his competitive debut and veteran goalkeeper Brad Guzan also had a night to forget.

This game!  @JmoSmooth13 puts the #USMNT back in the lead after #MTQ came back from 0-2. #GoldCup2017 #USAvMTQ https://t.co/QjEMpgKIBJ

Here are Goal 's full player ratings for the Americans' win over Martinique in Tampa, Florida:

GK BRAD GUZAN, 3: Was called into action more than expected, but he'll be kicking himself after letting a routine save turn into a goal on Martinique's opener.

D ERIC LICHAJ, 5: Made some important interventions and set up Morris' opener with a low, precise service, though he also had a couple sloppy moments that led to Martinique chances.

D OMAR GONZALEZ, 6: Was the more confident center back on the night, getting the job done defensively and opening the scoring with a close-range tap-in.

There it is! Omar Gonzalez's 2nd career goal for the #USMNT gives them the lead vs #MTQ . @ModeloUSA #ModeloSoccer https://t.co/FQ5oCHuOk8

D MATT HEDGES, 3: It was a disappointing audition for the long-overlooked center back, whose missed tackles led to Martinique hitting the post in the first half and scoring its equalizer in the second.

D JUSTIN MORROW, 5: Didn't get up and down with his usual usual vigor but held his own defensively and nearly picked up an assist with one pinpoint cross.

M PAUL ARRIOLA, 5: It was a mixed bag from the winger, who played with energy but often made the wrong final decision. He struck the crossbar on one point-blank opportunity, then redeemed himself by pinging in the shot that led to Gonzalez's finish.

M KELLYN ACOSTA, 5: Played with a bit more aggression than we saw in the opener against Panama, though he still didn't find much of a rhythm. Came off early in the second half.

M GYASI ZARDES, 6: Had the type of up-and-down performance that has become expected, carving out danger while also offering some real head-scratching moments. Did well to tee up Morris' second strike.

F JUAN AGUDELO, 6: Although the final product wasn't there, he did work hard to give the U.S. a mobile option up top.

F JORDAN MORRIS, 8: Troubled Martinique with his pace throughout the match, eventually getting on the board with a classy redirection of Lichaj's cross. Just when it seemed the U.S. had lost control, he stepped up again with a one-time rocket into the top corner for the game-winner.

Lichaj with the overlap and cross, Morris with the finish for the #USMNT 's 2nd goal. @ModeloUSA #ModeloSoccer https://t.co/Rie9zbCH5E

M ALEJANDRO BEDOYA, 7: Made a real impact off the bench, doing well to provide defensive pressure and some classy distribution.

M CHRIS PONTIUS, 5: Was solid enough on both sides of the ball over the match's final 17 minutes.

M DAX MCCARTY, 6: Managed to play some nice passes during a late cameo.