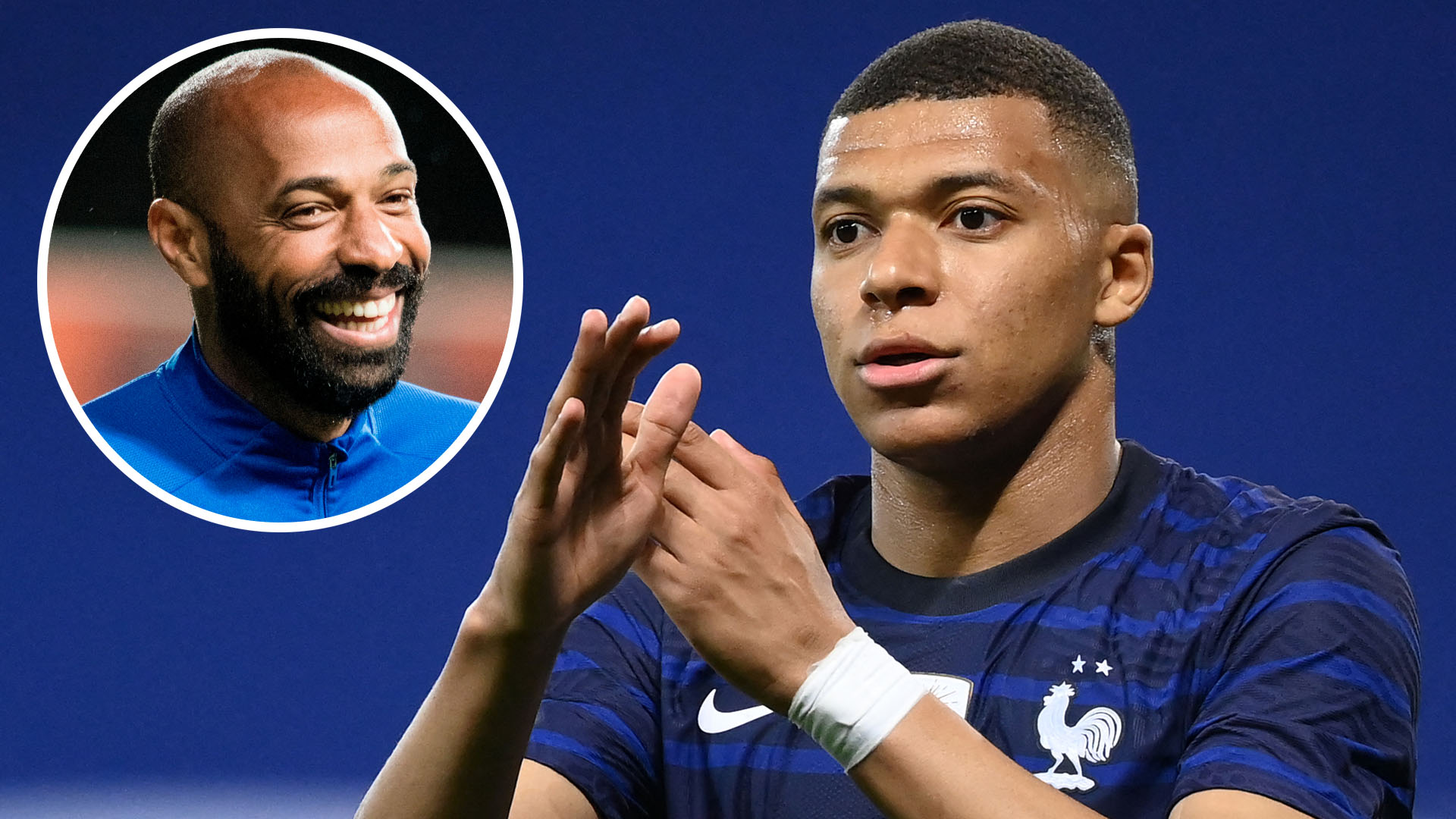 Thierry Henry believes Kylian Mbappe can fire France to glory at the European Championship this summer as he assessed the plethora of attacking options available to Didier Deschamps.

The World Cup holders get their campaign up and running on Tuesday when they take on Germany in Munich.

And Henry, who won the Euros with France in 2000, says Mbappe can be the man to make the difference for Deschamps’ side this summer.

Speaking about Mbappe ahead of France’s Group F opener against the Germans, Henry told Goal : "He is the type of guy who can turn a draw into a win, a defeat into a draw and sometimes a defeat into a win straight away. He has that talent.

"To have a player like him is just unbelievable.

“Not only what he can do, but how clever he is on the ball. He uses his brain when he plays and I like that about him.

"We are so happy that he is French.”

What next for Mbappe?

Mbappe’s future at Paris Saint-Germain remains far from clear,  with his current contract due to expire in 2022.

Henry did not want to be drawn on what he felt the forward should do, but said the 22-year-old has the ability to go on to achieve whatever he wants in his career.

“First and foremost, I have massive respect for PSG and what they have achieved, so for me it would be unfair to talk about leaving or not leaving,” said the former Arsenal star.

“Whatever Kylian wants to achieve, if he puts his mind to it, it looks like he will do it.

“I just hope that he can stay injury free and we can have the luxury to watch him for a very long time because he is special.”

Henry believes the return of Karim Benzema to the national team gives Deschamps the perfect array of attacking options going into the tournament.

And the 43-year-old, who is working once again as an assistant to Roberto Martinez with Belgium, says he has no concerns that Benzema’s return will have any sort of negative impact on squad harmony.

“Knowing Didier, he must have measured that well,” said Henry.

“[What happened] before, I don’t know. All I know is that Benzema is back and I think for me that can only be a plus.

“You have a different type of striker now. You have [Olivier] Giroud that can hold it, [Antoine] Griezmann recently likes to play behind the striker, we know that Benzema is all around really and you have Mbappe who can play wherever he wants to play and accelerate whenever he wants to accelerate.