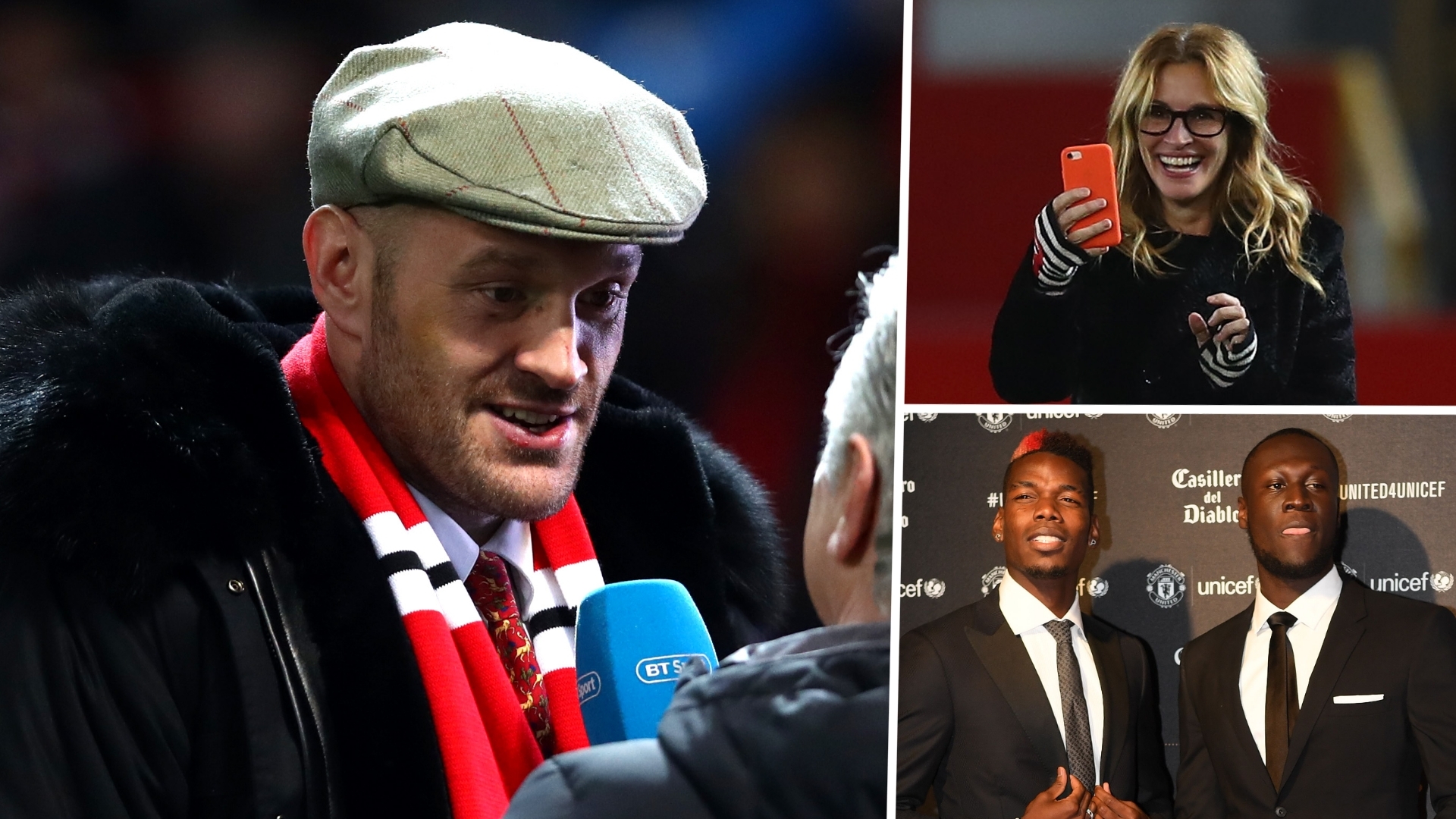 Manchester United and A-list celebrities; a match made in heaven.

A club that views itself as the ‘Hollywood of football’ linking up with actual Hollywood royalty is a dream come true for sponsors, social media engagement rates, the club and the stars themselves.

So, who has been to Old Trafford? What happens while they’re there? And why is demand higher than ever?

The list of celebrities to walk through the door at Old Trafford is lengthy - from Julia Roberts to Stormzy, Tyson Fury to Gary Oldman - and everyone wants a piece of the action.

Demand for VIP tickets has always been high, even before the world became obsessed with social media likes, with celebrities flocking to watch United but recently requests have gone through the roof.

The recent demand for tickets is being put down to two factors - firstly, supporters being allowed back inside the stadium after Covid-19 restrictions were lifted and secondly, Cristiano Ronaldo’s return to the club.

There have been so many requests for the game against Liverpool on Sunday that it has been a battle to ensure everyone has a space.

Since the Portugal captain returned, there hasn’t been a spare seat in the Directors’ Box. Television royalty, sports stars and musicians have all mixed with footballing greats.

Usain Bolt, a huge United fan, enjoyed himself so much during the Champions League clash against Villarreal that he asked to come back for the Premier League game against Everton at the weekend. But with MMA fighter Khabib Nurmagomedov in attendance, the Olympic legend’s attendance went under the radar.

Glance towards the Directors’ Box at any fixture and in amongst the scouts, club staff, former players and club legends you’ll find a host of famous faces. One of the most high-profile guests in recent years was Julia Roberts, who turned up with her family to watch United host West Ham in 2016.

The actress was so enthralled by her visit that she asked to attend a training session on the club’s pre-season tour of the United States the following summer. “It was one of the more magical experiences of my life to take my kids to training,” she told MUTV at the time.

Roberts isn’t the only big Hollywood name to cause a stir. When Game of Thrones star Kit Harington turned up for the Liverpool game in 2019, the players were desperate to get a photo with the Jon Snow actor.

It is not the first time the two worlds have collided. Back in 2017 when United were on tour in the U.S. the cast of the popular television series were staying in the same hotel and there was excitement in both groups, who were desperate to bump into one another in the hotel lobby.

While the vast majority of these celebrity visits are down to a genuine interest in the game there is a mutual benefit to all parties being connected. A picture of One Direction holding a club shirt was the club’s most-liked tweet up until Paul Pogba’s signing was announced in 2016.

Khabib admitted that while it was a dream come true to be at Old Trafford, he isn't a United fan and instead is just an admirer of football.

It’s not just the VIP section where you’re likely to spot familiar faces either. A host of television stars have their own season tickets and eagle-eyed supporters spotted Justin Timberlake in the stands a few seasons ago.

But what does that VIP ticket get you?

It’s a promise of the ‘Manchester United experience’ which they pride as the very best. Roberts said herself that it felt like a family when she was welcomed through the doors.

Of course there is the fancy three-course meal but what these celebrities really enjoy is rubbing shoulders with club legends such as Sir Alex Ferguson. The former Manchester United boss has been known to invite guests into his private room after a game for a glass of wine.

Add in the Ronaldo factor and it’s no wonder demand for a golden ticket is higher than ever.