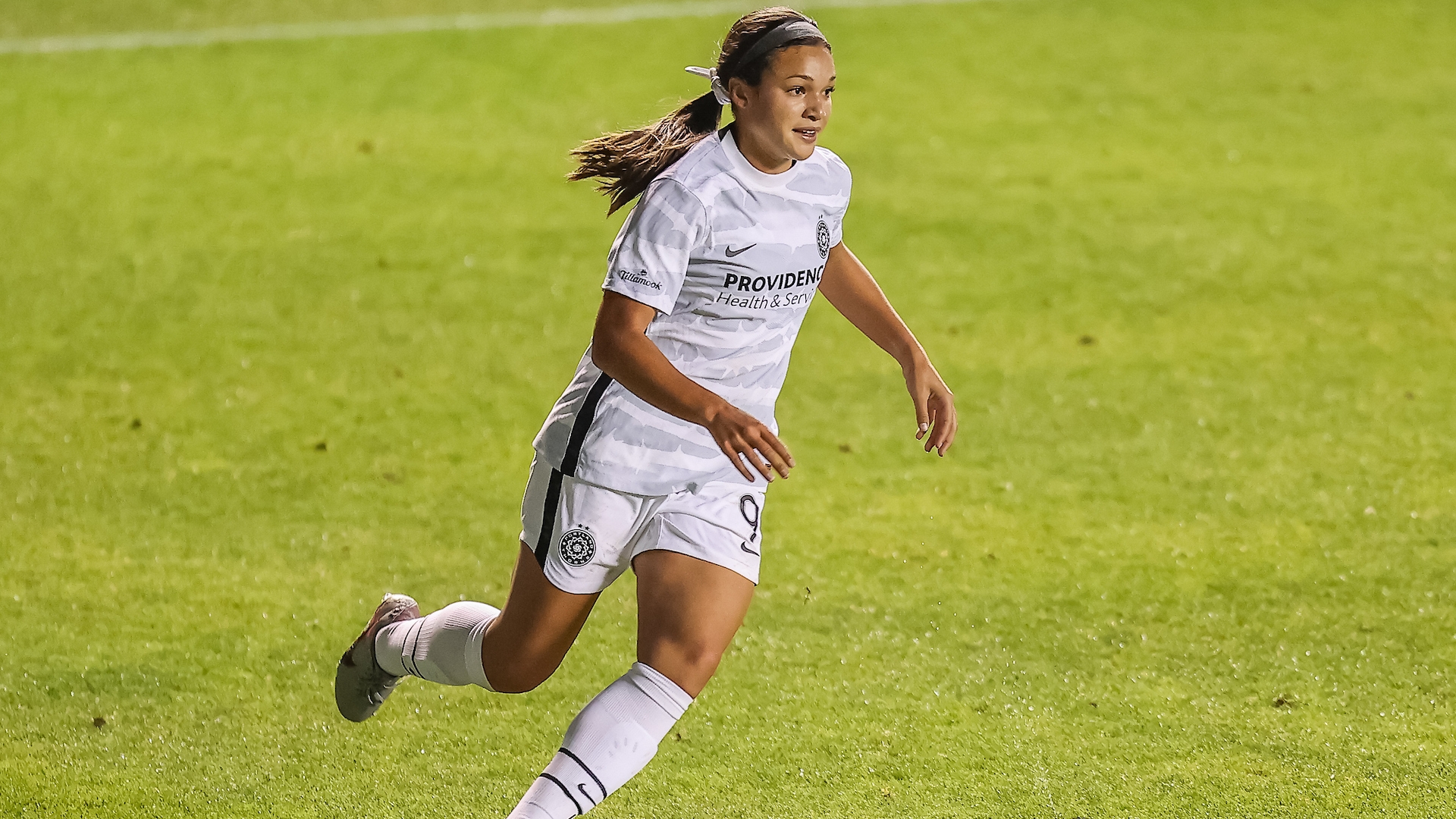 Sophia Smith hadn’t imagined her pro debut exactly like this, but it had finally arrived nonetheless.

The hype around Smith had been building for years but after an injury and a pandemic stopped her first professional season in its tracks, the first overall pick in the 2020 NWSL draft came on for the Portland Thorns in the second half of their fall series match against Utah last month.

That, in essence, is how Smith’s career has gone so far. The 20-year-old attacker has a blend of speed, technical ability, tactical awareness and an eye for goal that has seen her touted as a potential USWNT superstar for years.

“I’m not going to say anything new if I say that Sophia Smith is an incredible player and has a great future in front of her,” USWNT head coach Vlatko Andonovski said last week.

Andonovski will have the chance to see Smith up close at this month’s USWNT training camp near Denver, the first time the team has gathered in seven months after the coronavirus derailed their Olympic plans this summer.

Smith was also a part of the January identification camp earlier this year, but it was another USWNT call-up that first put her on the radar of the broader fan base.

In 2017, Jill Ellis called in the 16-year-old Smith to train with the full national team. Smith said she learned plenty from that experience, though she naturally was a bit intimidated to be in the presence of World Cup winners who, in some cases, were nearly twice her age.

“I didn't really know what to expect,” Smith said. “I knew it was going to be challenging in all the best ways and I was nervous and pretty intimidated going in there.

“I just learned so much. The experience was, so, so worth it and I think just being in there with the best players in the world and being able to learn from them and watch them on a day-to-day basis helped my game in every way.”

After starting at Stanford University, where she scored 24 goals in 33 games over two seasons, Smith opted to turn pro early. She was ready to become the NWSL's breakout star in 2020, but reality soon intervened.

First, the coronavirus pandemic halted the NWSL’s planned start in April. When the league finally did return in June with the month-long Challenge Cup tournament, Smith missed out with a knee injury. Rather than rehab alone, the youngster decided to join her new teammates in Utah.

“For her to do what she did in the Challenge Cup and hang out with us the entire time doing rehab with our training staff, [it] was shocking to me because I don’t know how she did it,” said Lindsey Horan, Smith’s teammate with the Thorns and the USWNT.

“Being in the bubble with my team in Utah for a month, I learned a lot from them and got super close with them,” Smith added.

Smith’s knee issue wasn't the first time in her young career she’d been struck down by an untimely injury, as she was forced out of the College Cup her freshman year at Stanford due to an ankle problem.

Through adversity early in her career, Smith has embraced an assured philosophy.

“Trust the process,” Smith said, “because if I'm giving everything I have, if I'm doing what I need to do when no one's looking, everything will fall into place.

“It's not going to be a perfect path to the top. There’s a lot of ups and downs and obstacles that are provided that you have to work through, but working through those teaches you so many lessons.”

With an abbreviated rookie season behind her, Smith is finally healthy and looking to show she’s not out of place with the USWNT, much as she tried to do nearly four years ago.

“This training camp is a super important time for me to get back to where I was before my injury and get that confidence back,” Smith said.

“One thing that I've always embedded in myself is to be confident regardless of who I'm playing with. Just never let anything or anyone take away my confidence.”

According to Horan, that confidence is well founded.

“[Smith is] very special and a player that maybe we haven’t seen in a while, so I’m really excited for her future,” Horan said. “I think she’s already setting a good standard for herself and there’s a lot more to come.”