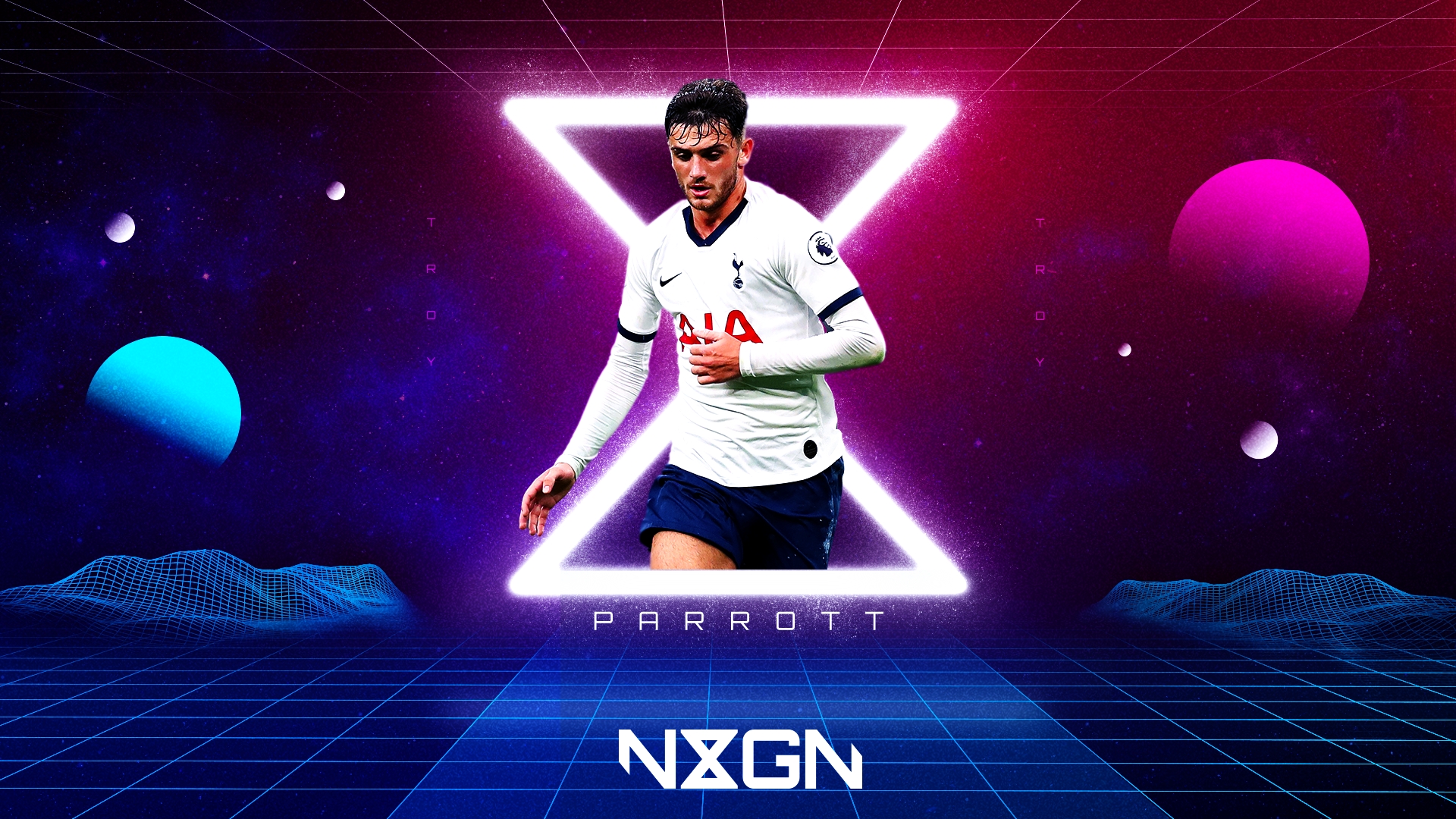 The 17-year-old recently made his Premier League debut and is already a full international, with many believing he can go right to the top

Back in 2017, Damien Duff lamented the death of street football in Ireland.

Instead of learning the game in alleyways and lanes, the Republic of Ireland's newest batch of footballers had come through club academies where individuality and technical ability were an afterthought.

"Street football is dead in this country,'' Duff told the Stand. "Me, Robbie [Keane], Richard [Dunne], Shay [Given], Liam Brady, John Giles – all from the street, so it's not a myth.

"I'm not comparing myself to [Lionel] Messi or [Cristiano] Ronaldo but that's what they did, as well. That's what the greatest footballers did.

"I'm reading [Johan] Cruyff's book and that's all he did, play in the streets. It's not rocket science."

Duff and Keane were Ireland's last true superstar footballers, two Dublin kids who had grown up playing football outside every day, against older and stronger children, when it was more about the joy of the game than winning or losing.

Two years after Duff's 'street football is dead' eulogy, it looks as if his generation's successors may have finally emerged.

Both from inner-city Dublin, Jack Byrne and Troy Parrott both made their first senior starts for Ireland in November 2019, lining up in a 3-1 friendly win over New Zealand.

The 23-year-old Byrne is back playing in his hometown for Shamrock Rovers after five years with Manchester City, as well as spells in the Netherlands and Scotland.

Parrott, meanwhile, became Ireland's youngest international debutant since Keane in 1998 when he took to the field against the All Whites and showed his street smarts to win the ball outside the opposition penalty area before assisting Sean Maguire to put the Boys in Green ahead.

That grit and determination is something the 17-year-old forward picked up playing in Dublin before moving to England to join Tottenham, with whom the teenager signed his first professional contract in February.

Byrne believes his international team-mate is destined to excel at the very highest level.

“He’s obviously at Tottenham for a reason," he enthused. "He’s a top young talent. He’s 17 years of age and he’s just made his debut for Ireland, and I thought he was brilliant.

Parrott's talent was evident from a young age, with the striker initially playing in older age groups before becoming part of Belvedere's Under-10 side, where he learned his trade under the tutelage of coaches Darragh O'Reilly and Austin Skelly.

"We would have known him from around the area in the north inner city. He was obviously a very good player from the start and a nice kid off the pitch. We had him from about 10 until the time he went away [to Tottenham]," O'Reilly told Goal.

"You could see he had ability. With all of them at that age, around 10 or so, you never know how they'll turn out, but with him, you could see that street footballer style about him.

"He would have played an awful lot when he was living in the area. He was just a natural sort of player. Very clever, shrewd on the ball and always had that ruthless eye for goal, even when he was that young.

"He played in a lot of positions for us, but he'd never sulk about it. Even if he had to play two or three games in the same weekend, he'd just get on with it. He loved it. He just loved playing football."

As a 12-year-old, Parrott played for Belvedere against the youth teams of Bundesliga clubs in a tournament in Germany.

"It was then that our eyes were really opened to what he could potentially do. He stood out a mile in that tournament," O'Reilly explained.

At 14, Everton invited the attacker to play for them in a tournament in Northern Ireland. In the first game, Parrott scored four goals and won a penalty against Rangers. That performance was enough to alert a whole host of English and Scottish clubs to his talent.

"While we were watching that match, even before it finished, every scout that was at it was coming over or calling us up after it and inviting him over for a few days or a week's trial," O'Reilly admitted.

"It kind of just progressed from there. He was with a few other clubs before he went to Spurs. He was with Man City a few times, Everton, Aston Villa, Celtic. But when he first went to Spurs, he took to it straight away.

"Up to that point, all the bells and whistles at Man City were attractive, but as soon as he went to Spurs, he came back and said 'I loved it.' He felt a little bit at home there."

Parrott has only been with Tottenham since 2017 but is already on the fringes of the first-team squad. He made his senior debut under Mauricio Pochettino in September's Carabao Cup game with Colchester United and was named as part of the squad for the Champions League group stage.

In December 2019, he made his Premier League debut under new Spurs boss Jose Mourinho, becoming the youngest player to play in England's top flight so far this season.

He has appeared on the bench in the Champions League, but has yet to make his first appearance in that competition, though he has been a key part of Tottenham's Under-19 squad in the UEFA Youth League and is the competition's joint-top scorer with six goals in the group stage.

Having learned his trade on the streets of Dublin, Parrott is now training with the world-class talent in Tottenham's senior team, impressing the likes of Christian Eriksen.

"For a player so young, he is a great striker who makes brilliant runs and scores with excellent finishes," Eriksen told reporters. “Troy is not a shy guy. He stands his ground against defenders.

"I read that he did very well on his Ireland debut against New Zealand and I expect him to play lots more matches for Ireland and Tottenham.”

O'Reilly, meanwhile, has no doubt that this is just the beginning for Parrott.

"He's just gone from strength to strength," O'Reilly said. "He's done that since as young as I can remember. Every little step up that's put in front of him or every little challenge, he just thrives at it.

"Whether that was league representative stuff or international call ups or being pushed up to older ages with the international team or with Spurs, he just takes it all in his stride.

"He's the talk of the town now. With the ability he has and he's such a natural goalscorer, I'd like to think he can go very far. He can play at the top level, as long as things go well.

"If someone can score goals so naturally the way he does, I think he can go as far as he wants to go."