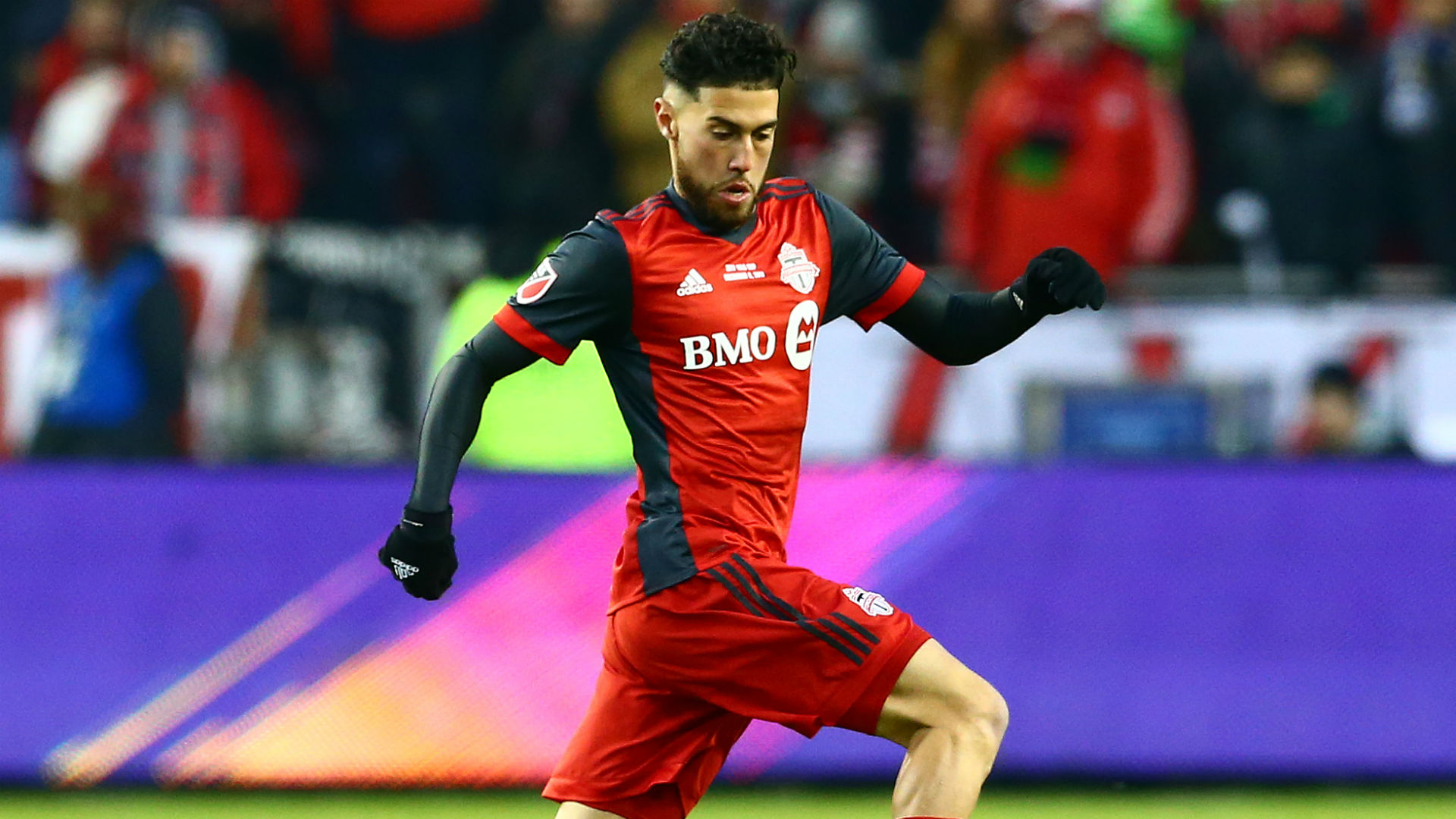 TFC earned an unlikely draw, while the Red Bulls downed the Sounders and Josef Martínez continued his goal-scoring ways

It may have been a mid-season clash between the bottom two clubs in Major League Soccer's Eastern Conference, but Toronto FC and D.C. United played what may end up being the best match of the season on Wednesday night in a 4-4 draw.

Both clubs have struggled greatly in 2018, with Toronto suffering from their long run in the CONCACAF Champions League and D.C. United struggling to find a way to close out matches.

Wednesday's match started out looking like it would be a crucial win for the visitors, who jumped out to a two-goal lead inside 20 minutes and pushed it to three before halftime.

Paul Arriola scored the goal the night with a stunning diving header to make it 2-0 to the visiting side after 17 minutes, and Darren Mattocks pounced on some sloppy play at the back from Toronto to put his club comfortably in front at the break.

But the lead wouldn't last.

Toronto started to claw back into the match through Jonathan Osorio early in the second half, and Víctor Vazquez scored the home side's second just after the hour mark to set up a dramatic finish.

With TFC pushing for the equalizer it was defender Nick Hagglund who found a way through, heading home in the 86th to make it 3-3.

D.C. United, having surrendered the three-goal lead, refused to go quietly, however, and Asad had the visiting side back in front in the final minute of regular time.

Patrick Mullins did the hard work, holding the ball up well and combining with Ian Harkes at the top of the box before sliding the ball across the face of goal for Asad to tap home.

TFC's unlikely hero scored to tie the match for the second time the 92nd with another fine header.

In other midweek action, Josef Martínez continued his scoring ways with a great header, his league-leading 14th goal of the season, to help Atlanta United to a 2-0 win over the Columbus Crew.

.@JosefMartinez17 with his league-best 14th of the season!

After receiving treatment, he's back on the field for @ATLUTD. #CLBvATL https://t.co/Ajuu4BSH0l

Martinez received treatment for a knock picked up due to the header and was taken off at the break, but Atlanta got a second from Hector Villalba, who was making his return from injury, to seal the win.

The Seattle Sounders could not build on their win over D.C. United from the weekend, falling 2-1 to the New York Red Bulls.

Daniel Royer and Bradley Wright-Phillips were both on target for the home side, and despite Harry Shipp pulling one back for Seattle, the Sounders remain stuck on three wins for the season.

A double for Ignacio Piatti helped the Montreal Impact to a much-needed 3-0 win over Orlando City, and Aleksandar Katai scored a lovely goal to help the Chicago Fire come back from two goals down against Colorado Rapids to earn a 2-2 draw.

In the late match, Danny Hoesen scored twice for the San Jose Earthquakes but saw his goals sandwiched around two strikes from the New England Revolution as the two sides played out a 2-2 draw.