Rose Lavelle made her long-awaited debut against the Gunners, but it was her international team-mate who ran the game as City reached the FA Cup final

After her show-stopping exploits at last summer’s World Cup, everyone has been desperate to see Rose Lavelle make her Manchester City debut.

All the talk in the build-up to City’s FA Cup semi-final clash with Arsenal was whether or not we would see the American, who won the Bronze Ball in France while also being crowned a world champion.

But while we would see Lavelle make that long-awaited debut, Thursday was all about her international teammate Sam Mewis, who shone in City’s 2-1 win over the Gunners.

While Lavelle has been working her way up to full fitness since arriving in England, Mewis has been slowly but surely finding her feet in this City team, who themselves have been adjusting in this new season after a flurry of summer changes.

It’s not just new additions like the American duo who are among the changes, but also a new manager in Gareth Taylor. With Taylor only City’s second head coach since they entered the Women’s Super League back in 2014, following Nick Cushing’s departure to New York City FC, teething problems can be forgiven.

Still, City had taken four points from their first two league games and beaten Leicester in the quarter-finals of the FA Cup, with Taylor saying before their clash with Arsenal that he felt they weren’t far from where they wanted to be.

On Thursday, City proved him right – and Mewis was at the heart of everything they did.

“I think, personally, I’m known for being aggressive and going forward,” the 27-year-old USWNT star said upon arriving in Manchester when asked what she can bring to this team.

“I want to be productive, get goals and assists and to help the team wins games.

“It will be tough and I have to earn my playing time but I think - and hope - the American qualities in my games will help me to succeed here.” 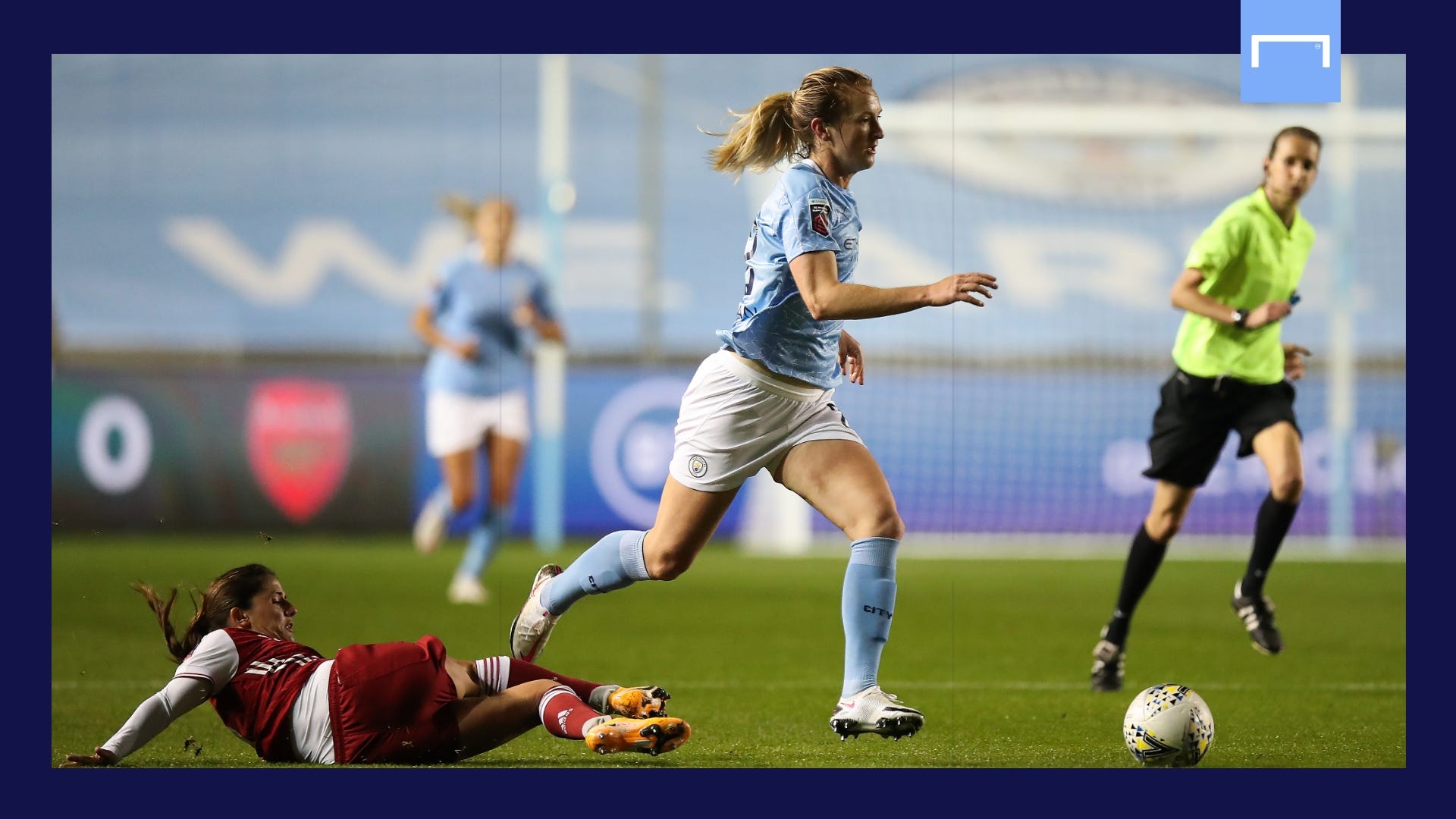 The WSL has seen glimpses of that, with Mewis’ second-half performance against Aston Villa on the opening weekend particularly lively.

But after a few games of getting to grips with the English game, her performance against Arsenal looked like she’d been playing in it for years rather than weeks.

The former North Carolina Courage star was no doubt helped by Joe Montemurro’s decision not to field a naturally defensive player in his midfield trio. Kim Little, Danielle van de Donk and Jordan Nobbs could all be described as perfect No.10s, but, on this occasion, they made up the whole midfield, with the former two sitting deepest.

None of them, ultimately, were any match for Mewis’ athleticism as she dominated the midfield, with Keira Walsh and Caroline Weir.

Montemurro described Mewis as “a very powerful player” after the game, adding that “she was the difference in the first half”.

But for all her physical attributes - her strength, her aerial ability and the stamina that makes her such a terrific box-to-box midfielder – Mewis showed the qualities that make her a top quality footballer, too.

Incisive passes, clever through balls and the ability to keep possession in a neat and tidy fashion fit perfectly into this City team – as does scoring goals.

After the performance she put on, it was fitting that Mewis’ goal that would be the decider, taking her team to Wembley to face Everton in the FA Cup final.

Minutes after a stunning equaliser by Nobbs, City broke down the right-hand side and when Arsenal’s midfield stopped as the ball bounced around the box, Mewis didn’t – arriving right on time to drill home her first Manchester City goal.

“I feel like I’m learning a lot,” she said after the game.

“I feel like I have a lot to learn and a lot left to do this season for the team, so I’m just excited for the opportunity.”

If she and the rest of the City team can build on this performance, they will be in for a very successful year.