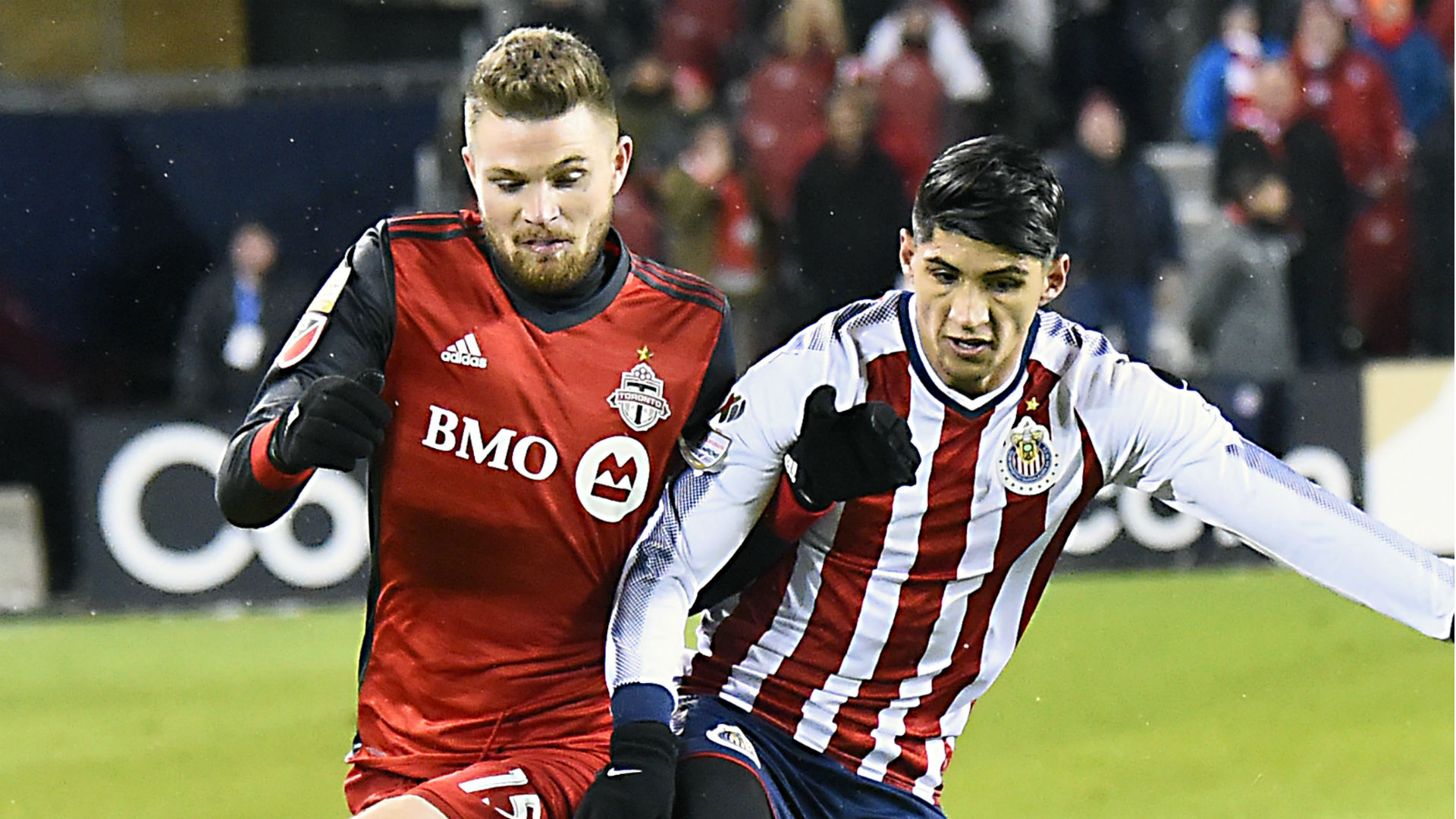 Greg Vanney's squad dominated play for large stretches, but they failed to make the most of those moments and paid dearly for defensive blunders

Take your chances and limit mistakes. It's a simple formula for any match, and even more fitting in finals, when the pressure of playing for a trophy can make normally-reliable players fumble their lines on the biggest stage.

Toronto FC not only missed some golden chances in Tuesday's CONCACAF Champions League final — and the MLS Cup champion created plenty of them — but TFC made some inexcusable defensive mistakes in its home leg, helping Chivas grab two precious road goals and a one-goal advantage heading into next week's second leg in Guadalajara.

Chivas did what they have done throughout the knockout rounds, defending excellently and carrying out Matias Almeyda's game plan extremely well even with some key defenders missing. The Mexican side needed reserve goalkeeper Miguel Jimenez to come up with a handful of top-quality saves, including one key stop on Jozy Altidore in the 43rd minute, but TFC did its part to give the Mexicans the advantage on Tuesday.

Altidore, Marky Delgado (47th minute), Jonathan Osorio and Drew Moor (59th minute) all saw excellent chances go begging, while Sebastian Giovinco was unable to work his free kick magic despite having a handful of free kick opportunities. Jimenez did make one top-notch save to deny a Giovinco free kick in the 31st minute, but the Italian star was left frustrated on a night when Chivas midfielder Michael Perez spent a large part of the night man-making TFC's most dangerous player and limiting his effectiveness.

Despite that, TFC had more than enough opportunities to be heading to Guadalajara with an advantage. This wasn't the New York Red Bulls failing to even generate real dangerous chances in their semifinal home leg against Chivas. TFC had the kind of looks Greg Vanney would have been thrilled to see his team generate, only to have all but one fail to find the net.

"We had some opportunities, and we didn't make due with those,"  Vanney said after the match. "We gave away two goals that we shouldn't give away, and we find ourselves in a little bit of a hole heading to Mexico."

Goals hadn't been a problem for TFC in the previous clashes with Mexican giants. They put up four goals in the series against Tigres and four more against Club America. Chivas does deserve some credit for making things tough on Tuesday, but TFC knows it wasted some chances it normally doesn't. That has been a theme for Chivas opponents in these knockout rounds. Clint Dempsey missed chances in the Round of 16 first leg, thus missing a chance to bury Chivas early. Instead, Seattle managed just a 1-0 lead after one leg before sending an injury-ravaged team to Guadalajara for a subsequent 3-0 dismantling. Bradley Wright-Phillips had a clear look at goal in the semifinal first leg in Guadalajara, but took a bad touch and allowed Chivas' goalkeeper to stop his shot, sending the Red Bulls back home needing a goal. That goal never came.

Missed chances are one thing, but TFC's defensive breakdown just a minute into Tuesday's match was perhaps the most mind-boggling moment of the night. Isaac Brizuela was allowed to spring free down the endline off a throw-in, then his cross to the front of goal went uncontested before finding a wide-open Rodolfo Pizarro, who shook free from Auro before converting from close range. There were at least two, if not three, breakdowns on that sequence, which led to a goal that gave Chivas confidence early in the match.

Then there was Alan Pulido's cross-turned-shot for Chivas' second goal. Alex Bono hesitated as Pulido's free kick was struck and was left powerless to stop the ball as it floated over his head. It would have been a tough ball to stop even if Bono had responded sooner, but his hesitation took away any chance of making his latest big CCL save.

How will Toronto FC respond? You'll hear plenty of talk about the series being over, but TFC has too much quality to write the club off just yet. Toronto scored goals and played well in road legs against both Tigres and Club America, though the big difference next week will be the added pressure of knowing they must score goals to even have a chance at a title.

"At the end of the day the score comes down to finishing your chances and not giving away goals you shouldn't give away," Vanney said. "The result comes to that."

It will be up to Vanney to respond and set his team up with a chance to pull off what would be a historic comeback. As excellent as Vanney has been in the CCL, he was outcoached by Almeyda on Tuesday, with Chivas getting off to the better start to the match and making the necessary changes at halftime to wrest control away from a TFC side that dominated long stretches of the first half once the match had settled. Almeyda successfully put together a defensive gameplan to limit Giovinco and Altidore, and did so with a patchwork defense missing two key starters and its starting goalkeeper.

Chivas will have captain Jair Perreira back from suspension in central defense — though 38-year-old Carlos Salcido has been outstanding in his place — as well as starting left back Elias Hernandez. They should make things tougher on TFC's attack, but that doesn't mean the MLS outfit won't still find opportunities in Guadalajara.

The chances will be there, just as they were on Tuesday, and TFC can't afford to miss a single one. The club also can't afford any more defensive mistakes. Tuesday's first-leg disappointment has left TFC needing to play a flawless second leg to have any chance at becoming the first MLS team to win the CONCACAF Champions League in its 10 years of existence, and if the MLS champion falls short, Toronto will have only itself, and Tuesday's lackluster performance, to blame.