Suarez, Cavani... Nunez? Why Uruguay's new striking sensation 'will be the best in the world' 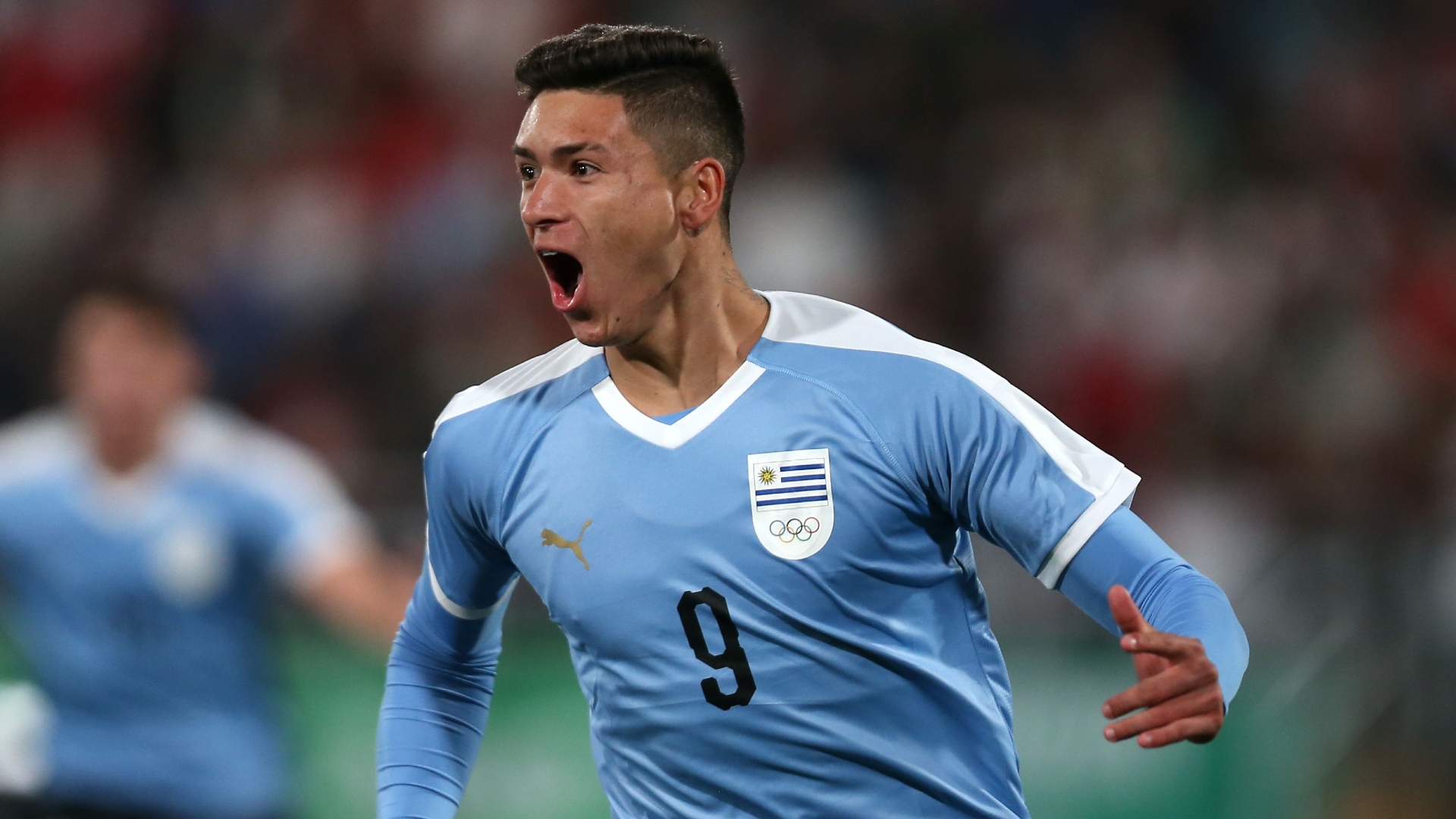 It is a date that has haunted Uruguay for years. For the last decade Luis Suarez and Edinson Cavani have ruled the roost in the Celeste attack, taking the nation to three consecutive World Cup knockout rounds as well as victory in the 2011 Copa America.

The duo, who were born within three weeks of each other in the city of Salto, are, however, nearing the end, turning 34 at the start of 2021. They may have just enough in the tank to take Uruguay to the World Cup in Qatar in 2022, but time is running out for a possible heir to stake his claim up front.

Fortunately for Uruguay, that successor may now be arriving. Darwin Nunez caught the headlines with a fantastic strike in last week's World Cup qualifier against Colombia and now looks like a serious alternative to the Atletico Madrid and Manchester United superstars.

Nunez, 21, has plenty in common with the pair. Like Suarez and Cavani he is a small-town boy, growing up on the Brazilian border in the agricultural hub of Artigas.

The native of the impoverished riverside  Barrio Pirata failed in his first trial with Penarol but later succeeded thanks to the efforts of former Uruguay star Jose Perdomo, who took the 15-year-old to Montevideo to join elder brother Junior in the club's youth academy.

“The adaptation process was hard, which almost always happens, more so for the kids who come from up north,” Under-15s coach Robert Lima recalled to Ovacion.  Indeed, Darwin almost returned to Artigas when Junior dropped out of Penarol due to family problems.

“My brother was training with the Penarol first team but he had to leave,” Nunez told Referi . “I was also going to go back to Artigas but he said to me: 'stay here, you have a future. I'm the one who's leaving'.”

Nunez decided to keep working at the Manya, and his persistence paid off when he made his first-team debut in November 2017, aged 18, coming off the bench for ex-Liverpool, Atletico and Argentina star Maxi Rodriguez.

The teenager helped Penarol to consecutive Uruguayan titles in 2017 and 2018, as well as victory in the 2019 Apertura before he left for Europe, signing for second-tier Spanish side Almeria for a fee worth €‎5.4 million.

The youngster's first season in Spain proved a stunning success as he netted 16 goals in 32 Segunda Division games to finish fourth in the top scorer rankings, with Almeria narrowly missing out on promotion.

Just 12 months after arriving at the club he was on the move again, becoming Benfica's most expensive signing in history as he moved to Lisbon in a €‎24.5m (£22m/$29m) deal in September.

Nunez took his time to settle under ex-Flamengo boss Jorge Jesus but has since become a key part of the set-up, especially in the Europa League where he has helped himself to four goals in just three games to date. He has also contributed six assists for his new club to prove that there is far more to his game than mere goalscoring prowess.

“Darwin is a kid, he is barely 21,” Jesus signalled to reporters in a recent press conference. “There is a lot still to learn from me here at Benfica about the game, but he has all this ability for decision-making, execution, finishing and speed.

“This kid will be the best in the world and, sadly for me, I will lose him soon.”

Nunez is making similar waves for the Celeste. On Friday, after Suarez and Cavani had both struck in Barranquilla, Colombia to give the visitors a commanding 2-0 lead, he entered the action for Nicolas de la Cruz.

He then needed just over 20 minutes to steer a brilliant long-range effort past David Ospina to put the World Cup qualifier beyond doubt and take his Uruguay tally to two in three appearances.

Following in the footsteps of two national heroes, the top two scorers in Uruguay history by some distance, promises to be no mean feat.

The likes of Abel Hernandez, Santiago Garcia and Giorgian De Arrascaeta have all been labelled as possible successors in the past, while Celta hotshot Maxi Gomez is another big hope for the future, only missing out on November's qualifiers through injury.

Nunez, though, is improving at a startling rate, and another big performance in Tuesday's crunch meeting with Brazil - with Suarez's Covid-induced withdrawal opening the door for a starting spot - would only further his chances of challenging those veteran performers for regular starting time in the Qatar World Cup and beyond.