Sandy MacIver: The 'future England and Everton No.1' in Neville's SheBelieves Cup plans 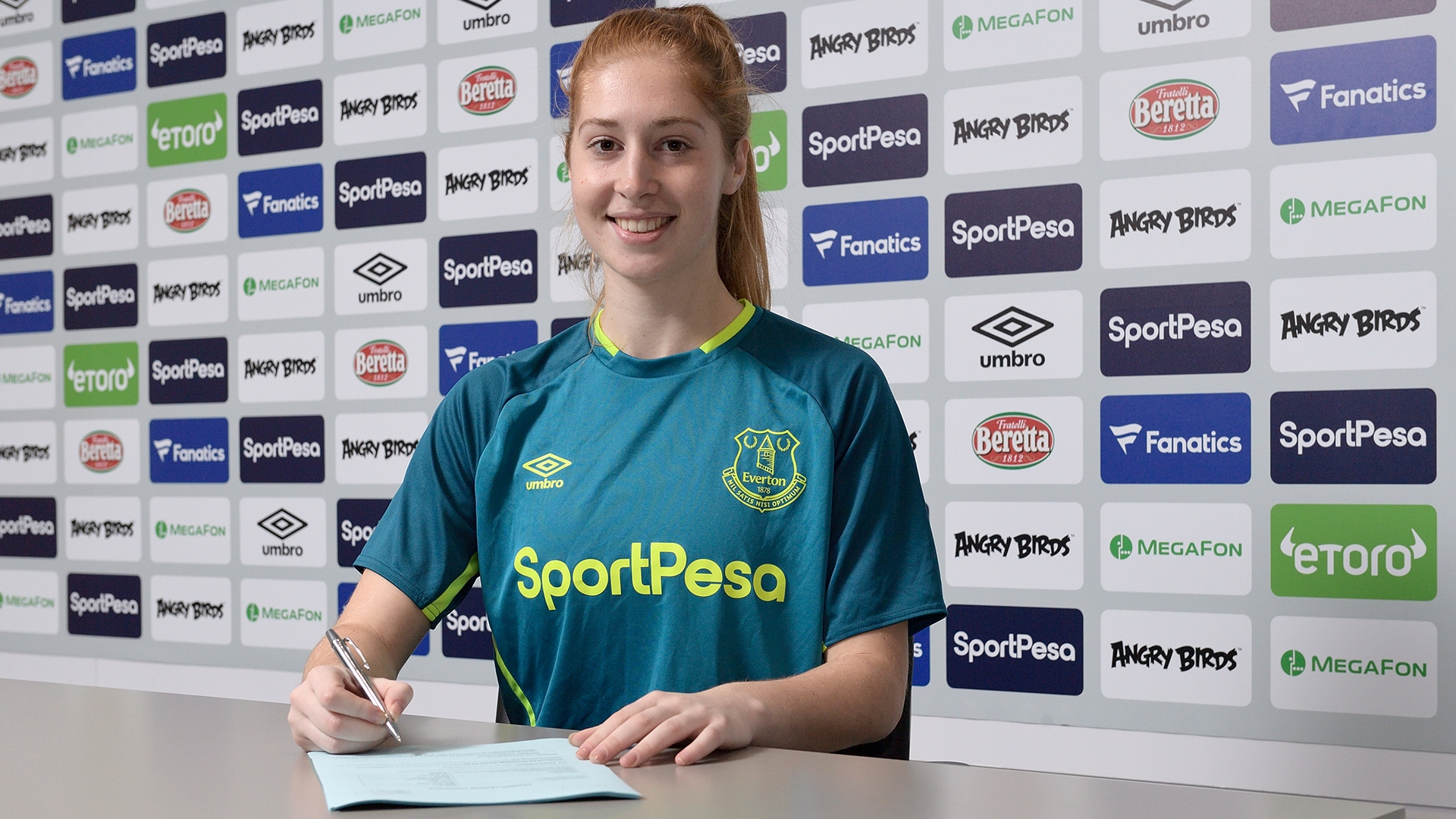 The 21-year-old returns to the United States in March, where she spent four years at university becoming the excellent young goalkeeper she is today

When Sandy MacIver returned home last month after four years at college, she probably wasn’t expecting to go back to the United States so soon - least of all as part of England’s SheBelieves Cup squad.

But when Phil Neville’s selection was announced on Tuesday, the Clemson University graduate, who won the Golden Glove at the FIFA Under-20 World Cup in 2018, was among the three goalkeepers.

“This is a vital time to expose Sandy and Ellie [Roebuck] to the exposure of playing in one of the best tournaments outside of the major tournaments,” the England head coach said, handing 21-year-old MacIver just her second senior call-up.

“If we get to Euro 2021 and people like Sandy and Ellie haven’t had that kind of experience, then we would have failed as coaches in terms of our planning of their development.”

The call-up is in keeping with how thick and fast things have come since MacIver returned to her home country.

“I didn’t expect it to fall like it did, but it was good. I enjoyed it,” she tells Goal of her Women’s Super League debut, which came in Everton’s 3-1 win over Reading in January.

The game saw her take the place of the in-form Tinja-Riikka Korpela, just a couple of weeks after signing for the Toffees.

“My mum and dad were more nervous than I was for the game,” she laughs. “I don’t think they could speak to each other in the car!

"[Being with England] is just a completely different environment, especially comparing it to the youth teams.

"Everything on the pitch is quicker, and it’s just like trying to step up to that level.

"Since being back at Everton, this environment kind of replicates that environment. You didn’t really get that in America.

“I think for a while I knew I wanted to come back to England – it was just a matter of where.

“To be honest, I think anywhere in England, [my mum and dad] were happy. It’s closer than 3000 miles away in America!”

This save and a W on #BarclaysFAWSL debut for @EvertonWomen…

How good a signing will Sandy MacIver prove to be? pic.twitter.com/jifZ6f34fh

That hardly stopped MacIver’s biggest fans from going across the pond to watch their daughter, who became Clemson Tigers’ starting goalkeeper during her time in South Carolina.

And when they did, it gave a young student away from home some home comforts.

Biscuits and teabags were among the necessities brought over - “In America, they just have naff biscuits. Nothing really beats a hobnob or a digestive in your tea does it?” - while the family visits were always appreciated too.

“My mum came out [for my graduation too] and my boyfriend," she explains.

“You have a ceremony where they celebrate the athletes and I had to do a speech. It was nerve-wracking! But I got through it.

“It was like four or five minutes. I’m just rubbish at that. I got my boyfriend to write it and people laughed so it was alright.”

When it comes to the football pitch, though, there’s certainly no show of nerves and very few weaknesses.

“She has huge potential – an England No.1 in my eyes,” Everton boss Willie Kirk tells Goal. “She’s fantastic with her feet, left and right, she’s got great distribution.

“She’s got a lot of great attributes,” adds Gabby George. The Toffees defender knows plenty about her new team-mate having spent time with MacIver both at Everton six years ago, before her move abroad, and in England youth camps.

“She’s come back a completely different goalkeeper. Her all-round game is great – her feet, distribution, handling.

“I think it’s a great signing for us and will only make the competition for the No.1 spot better.”

Before MacIver can focus on England, there is the small matter of facing Manchester United.

Casey Stoney’s side, who sit one place and one point above the Toffees in the WSL table, will be the first visitor to Everton’s new Walton Hall Park home this weekend.

Then, it’s back across the pond, where MacIver has so many fond memories.

It’s where she was when she earned her first senior call-up and it’s where she grew up as a player and a person.

“Our coach emphasised playing out from the back, so it was taking that aspect of my game to another level,” she says, reflecting on her development in the USA.

“[I was] away from home for the first time too.

"A lot of people had the support that they could go back home and they weren’t too far away, whereas if I was ever in that situation, I couldn’t just fly home.

“I think it was just kind of growing up in fast mode really.”

Asked what she missed the most about England during her four years, she doesn’t hesitate to reel things off, with a good curry and supermarket meal deals top of the list.

“You can’t go to the shop in America and get a sandwich, it just doesn’t exist. You have to get like a six-foot subway," she laughs.

Fortunately, this trip across the pond will just be for a couple of weeks, not four years, so MacIver shouldn’t miss home too much.

However, it’s a trip likely to be just as memorable for the 21-year-old – “the future Everton No.1 as well as England’s No.1”, according to Kirk.