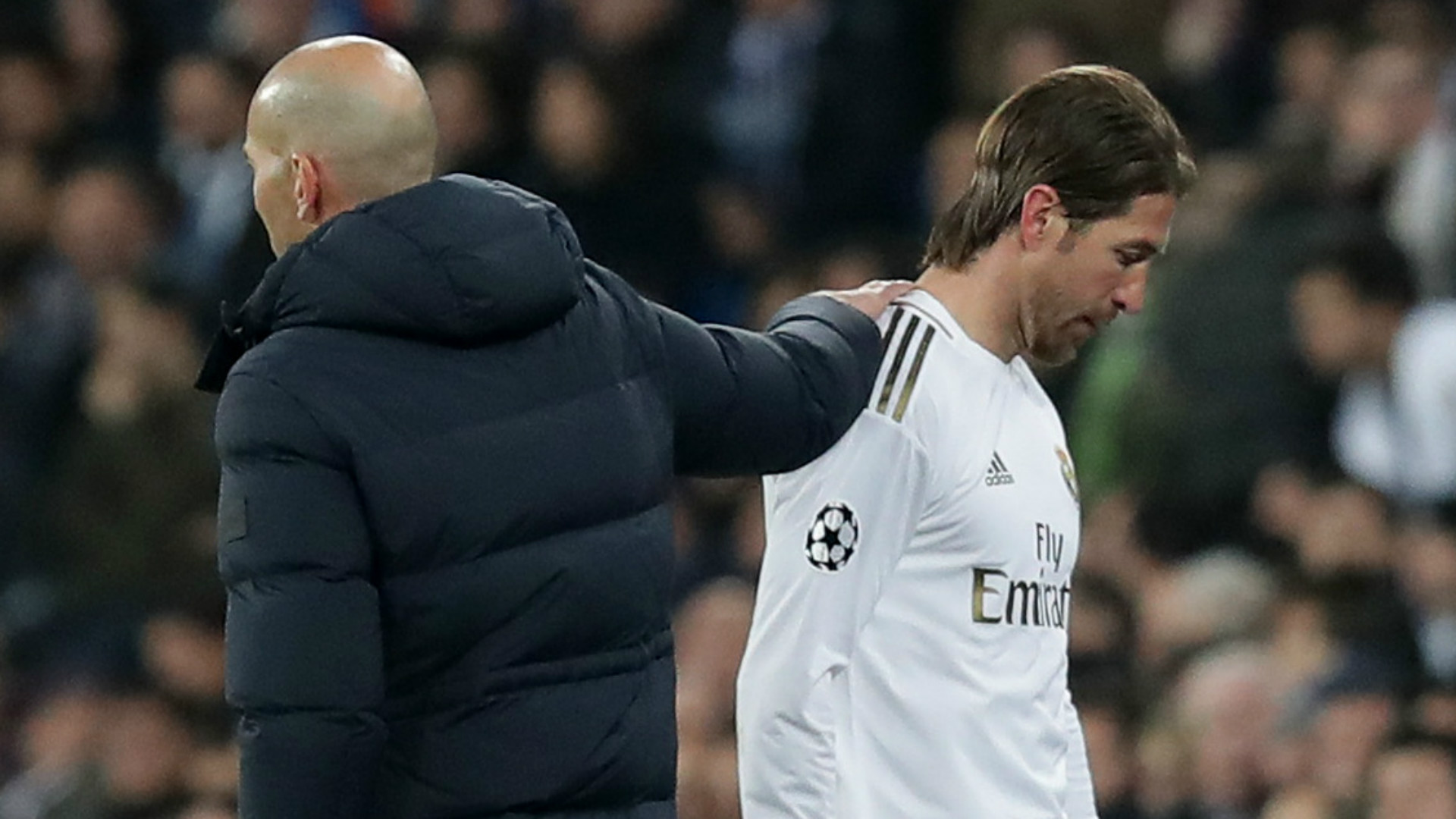 For a few minutes, Real Madrid were back.

“Kings of Europe,” crowed the Santiago Bernabeu after Isco sent them one up on Manchester City against the run of play. There were vibes of the ‘three-peat’ team, the record 13-time winners with the scent of the trophy in their nostrils once again.

But it all fell apart in the final quarter of an hour, with Pep Guardiola’s side coming from behind to earn a 2-1 last-16 first-leg victory on Wednesday, exposing how Zinedine Zidane has only managed to paper over the cracks since returning at the end of last season.

Madrid were humiliated by Ajax at this stage a year ago, the nadir of a disasterous campaign, and this meltdown had shades of that as Gabriel Jesus and Kevin De Bruyne struck for the visitors before captain Sergio Ramos was sent off for a late professional foul.

Los Blancos still miss Cristiano Ronaldo, their brutal goalscoring hero, with new No.7 Eden Hazard nothing like the machine his Portuguese predecessor was. Instead the Belgian has spent most of the season injured, having arrived overweight and unfit.

Madrid have instead been heavily leaning on Karim Benzema’s state of grace, but the French striker missed his only chance against City and only has two goals in his last 13 games.

Zidane wanted Paul Pogba last summer but didn't get the Manchester United midfielder and that meant his team still hasn't solved their chance creation problem. Instead he had to watch the masterful De Bruyne set up Jesus's goal and score the second himself from the spot.

Madrid have only succeeded in recent months thanks to a watertight defence, but that has disappeared now and was never something that a club with this squad should have been relying on.

Ramos and Carvajal showed why, with the latter oafishly scything down Raheem Sterling in the area for De Bruyne’s penalty and then the former earning his dismissal as he stopped Jesus’s run through on goal.

Manchester City’s system was designed to puzzle Madrid, giving them too much credit, and it also stopped them from creating much danger in the first half. Jesus spent long periods of at left wing-back, while De Bruyne was operating as a false nine.

It was similar to the way they set up in the Carabao Cup semi-final at Old Trafford, when they beat Manchester United 3-1 in January, but Madrid didn’t react to it. Instead Zidane’s side were content with a cagey first 45 minutes as they had more of the ball than Guardiola’s side, but were unable to do much with it.

It was a cautious chess match, with tight passages of play only rarely breaking out into fully fledged chances. The first came for Jesus, who cut in from the left but Thibaut Courtois made a good save to deny the forward.

Vinicius Junior should have sent Madrid ahead at the other end. Ferland Mendy whipped in a cross from the left and Benzema headed it towards Ederson’s goal. It was a dangerous effort but the Brazil goalkeeper brilliantly clawed it out, with Vinicius slipping as he tried to convert the rebound.

With this few chances any miss would have been big; this was huge. Jesus, at the other end, caused problems just before half time after Courtois had palmed a corner into his path, but Ramos deflected his shot and Casemiro stopped the Madrid captain from scoring an own goal with another block, with Fede Valverde hacking the ball away.

City built on that and Riyad Mahrez was denied by Courtois before Isco put Madrid ahead after 60 minutes, as Vinicius made amends for his earlier miss by bursting through and unselfishly squaring for the Spanish playmaker.

It was a false dawn, with Manchester City staying calm and showing Madrid they have not yet managed to climb back to the perch they fell from so unceremoniously last season.