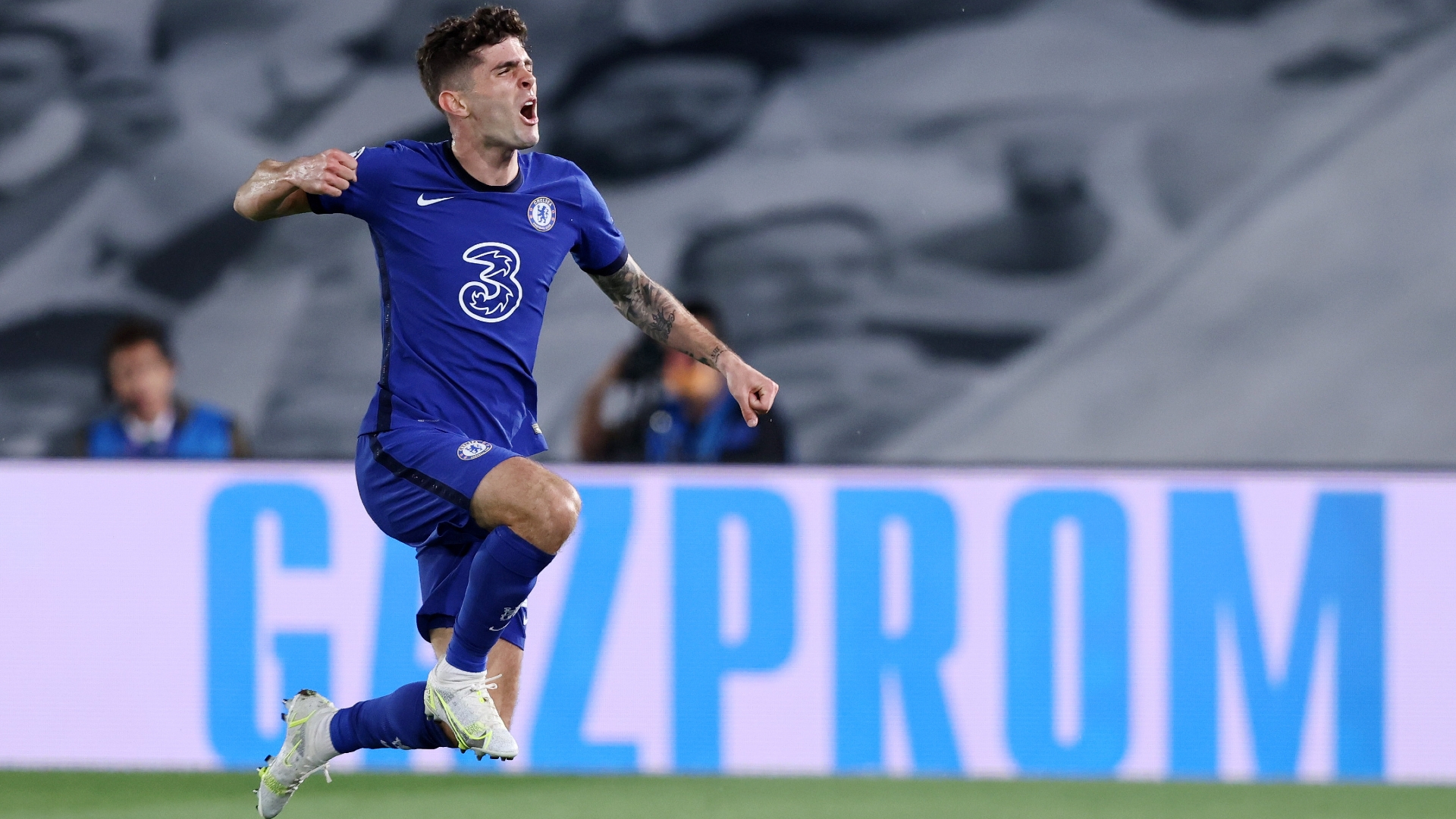 The former Borussia Dortmund ace joined a select group of USMNT stars to net in the knockout stages, although none had previously scored in the semis

Christian Pulisic made U.S. history on Tuesday after a finely taken goal which put Chelsea ahead in their Champions League semi-final against Real Madrid.

The Pennsylvania native needed just 14 minutes to open the scoring at the Estadio Alfredo Di Stefano and give the Blues the perfect start to their tie.

And in doing so he managed a feat which none of his compatriots had ever achieved in the history of the competition.

A goal to remember

Pulisic came to the fore early in the first half with a wonderful individual effort in Madrid.

The USMNT international skipped around Thibaut Courtois to leave the former Chelsea goalkeeper flailing, but he still had some work to do with his path to goal blocked by several Madrid defenders.

But none of the white shirts in the Madrid box could do anything as Pulisic drilled his effort into the net, putting the visitors 1-0 up in the first leg.

1 - Christian Pulisic 🇺🇸 is the first American player in history to score against Real Madrid in all competitions and the first to score in a UEFA Champions League semi-final. Star pic.twitter.com/6POgjhbZSs

Pulisic's goal was the first time a U.S. men's international has ever managed to score in a Champions League semi-final.

Indeed, only three of his compatriots can also boast a knockout goal in the competition: DaMarcus Beasley, Jermaine Jones and Tyler Adams, who scored for RB Leipzig in the 2019-20 quarter-finals to down Atletico Madrid.

The goal also meant Pulisic is now the highest-scoring American in Champions League history, with his fifth career goal in the competition breaking the record previously held by Beasley.

The Chelsea star is also the first U.S.-born player to score a competitive goal against Real Madrid.

Chelsea's joy was short-lived as Karim Benzema hit back with a sublime volley inside the area to level the game at 1-1 going into half-time.

Neither side could then make the breakthrough in the second 45 minutes, leaving the tie poised at the halfway stage.

It is still an encouraging scoreline for Thomas Tuchel's men, who will enjoy the advantage of an away goal for the return leg at Stamford Bridge.

The second leg will take place on May 5, with the winner advancing to meet either Manchester City or Paris Saint-Germain in the final.