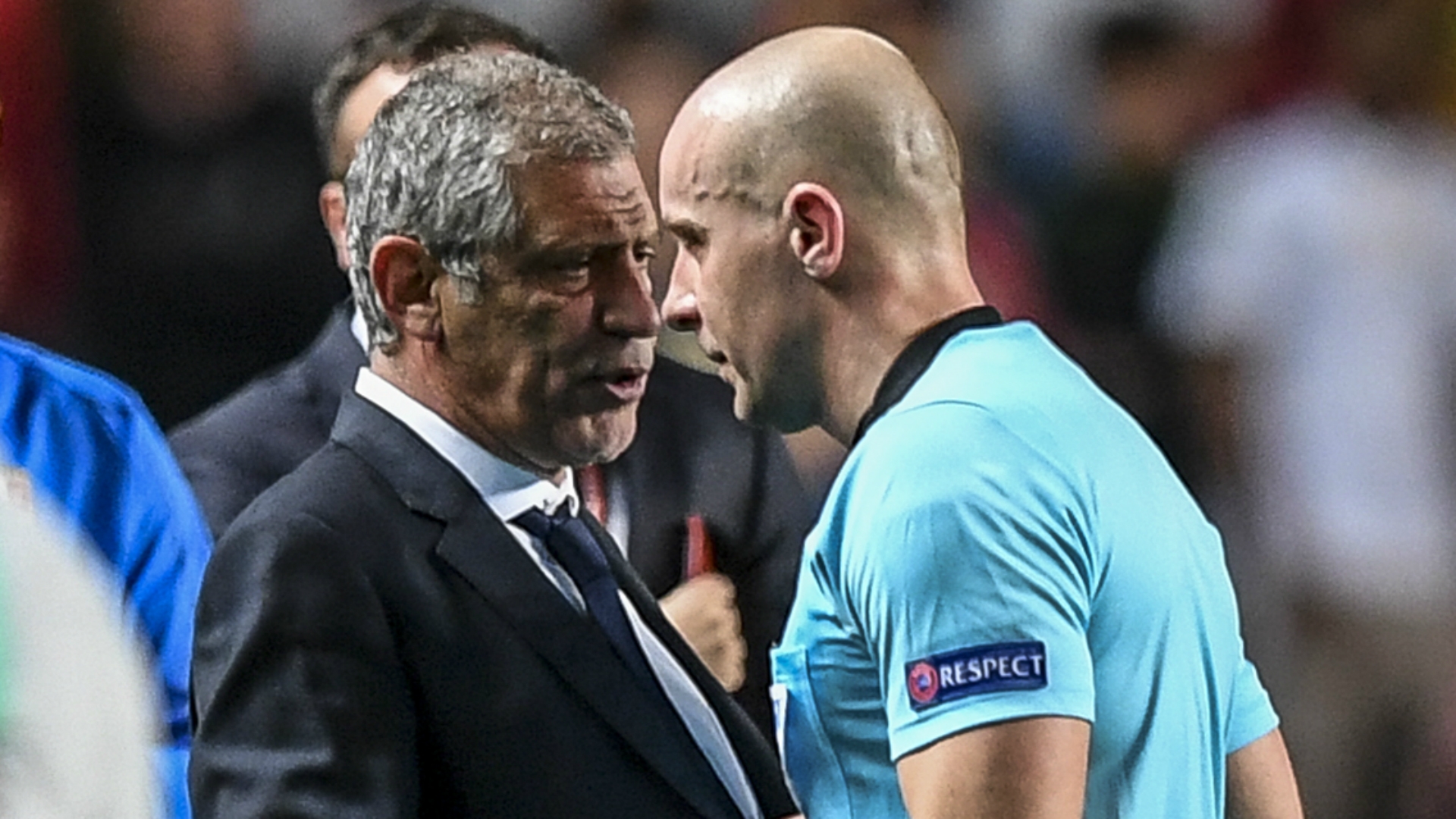 The Polish official pointed to the spot after the ball clearly struck Antonio Rukavina's arm, but reversed his call after speaking to his assistant

Portugal coach Fernando Santos says he received an apology from the referee who failed to award his team a penalty during their 1-1 draw against Serbia on Monday evening.

Santos was left furious when Polish referee Szymon Marciniak originally pointed to the spot after Andre Silva's 73rd-minute close-range header struck Antonio Rukavina's arm, only for the official to overturn his decision after conferring with his assistant.

The incident came as Portugal were scrapping to find a winner having gone 1-0 down to Dusan Tadic's 7th-minute penalty before Danilo Periera levelled three minutes from the break with a spectacular 25-yard strike.

And failure to find a winner meant Santos' side were held to a second consecutive draw after a 0-0 stalemate with Ukraine on Friday.

The Portuguese coach told RTP  after the game: "He [the referee] invited me to go to the booth to analyse the appeal. We saw and we had no doubts, neither he nor I, and then he apologised for the decision. He had no doubt, but that honesty does not help me.

"He gave a penalty... And no one 40 meters away can make the decision it was not, especially when the referee sees it clearly.

"What will I do with the excuse? At least he called me to analyse.

"I saw the two angles. In the first one we have doubts, but not in the second.

"The assistant was there and I said that it was his fault."

Portugal are heavily expected to make it through Group B in their Euro 2020 qualifying campaign, but now have ground to make up as they sit in third place and on just two points, leaving them behind Ukraine and Luxemburg.

Santos' team suffered a major setback when Cristiano Ronaldo had to be substituted in the 31st minute due to a hamstring problem, although the Juventus forward said after the game he is not worried by the problem.

The defending European champions will take on Switzerland in their next outing for the semi-final of the Nations League in June, and will face either England or the Netherlands on home soil in the final if they progress.