Paul Pogba has been urged by Manchester United legend Bryan Robson to cut out the social media "banter" and focus on doing his "job".

The France international has faced plenty of criticism this season for his off-field activity, with the 25-year-old accused of spending too much time on social media and colouring his hair.

His value to the cause at Old Trafford has been called into question as a result, with Jose Mourinho having opted to bench the £89 million midfielder at times.

Robson is among those who believe Pogba needs to start focusing more on his football in order to deliver on his potential, with it important for him to recognise that he is a sporting star first and global celebrity second.

The former United captain told Off the Ball’s Football Show: “He's on there [social media] a lot and he's laughing and joking.

“He likes to be in that limelight, coming across that he's a laid back character and he's jovial and he wants a bit of banter with the fans.

“For me though, it's a little bit too much. You need to win.

“It's not a game, so that's where somebody like myself, Roy Keane and Graeme Souness, those sorts of people, a Gary Neville when he's commentating, we understood that.

“This isn't a game, this is our living and we need to win and I think Paul’s got to get that a bit more into his character. This is a job.” 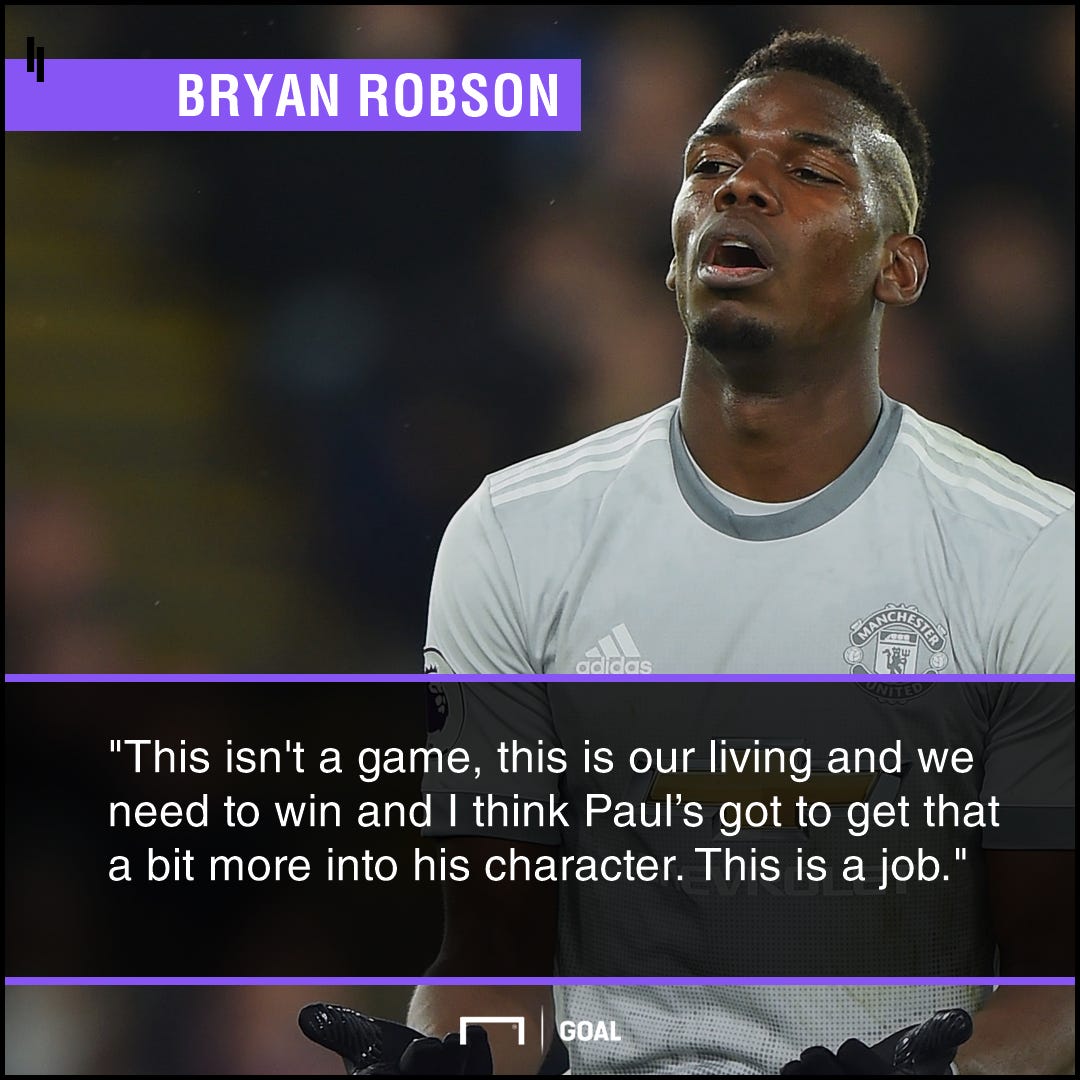 Pogba was recently blasted by former France international striker Christophe Dugarry for being “not serious” and indulging in too many “stupid things” away from the pitch.

The all-action midfielder responded to those barbs by producing a talismanic performance for his country in an international friendly clash with Russia which saw him score and assist for the first time for his country.

He was also returned to the United starting XI for the meeting with Swansea on Saturday, and helped the Red Devils to a comfortable 2-0 victory at Old Trafford.