But most importantly, the 2-1 win over Selangor has put them seven points clear of the relegation zone with only two matches remaining, effectively ensuring another season in the top flight for the Red Ants.

Some would call it justice.

During the pre-season, the two sides had been at loggerheads, with the Shah Alam, Selangor-based club threatened with expulsion from the league by Selangor, due to boardroom politics. Thankfully, the Red Ants managed to obtain a last-minute stay, utilising a manoeuvre that allowed them to be re-registered as another FA's affiliate.

But despite having parted ways, the club have displayed a reluctance to stake their claim as the number one professional team in the state of Selangor. Although they did introduce a red and yellow away kit; utilising the state flag colour, rumours of a move to rebrand move as 'Selangor FC' ultimately never materialised.

In the meantime, their home fans' attendance remained in the low hundreds throughout the season, while in interviews their players and coaches have been carefully choosing their words, in order to snuff out any efforts to play up the nascent rivalry against Selangor.

Some may describe it as magnanimous, but this deferential attitude was again on display following the 2-1 win. Speaking in the post-match press conference, caretaker head coach Adam Abdullah provided a reason for this reluctance when asked by Goal.

"Selangor are still Selangor. I was born in Selangor, as well as a former Selangor player myself. PKNS FC meanwhile have its own history and are already familiar to many. We want a PKNS team and a Selangor team to always be in the M-League, that's the most important thing.

"Our academy is doing well. A number of our boys have represented Malaysia at the under 19 and 21 levels, and that's proof of our youth development," explained Adam. 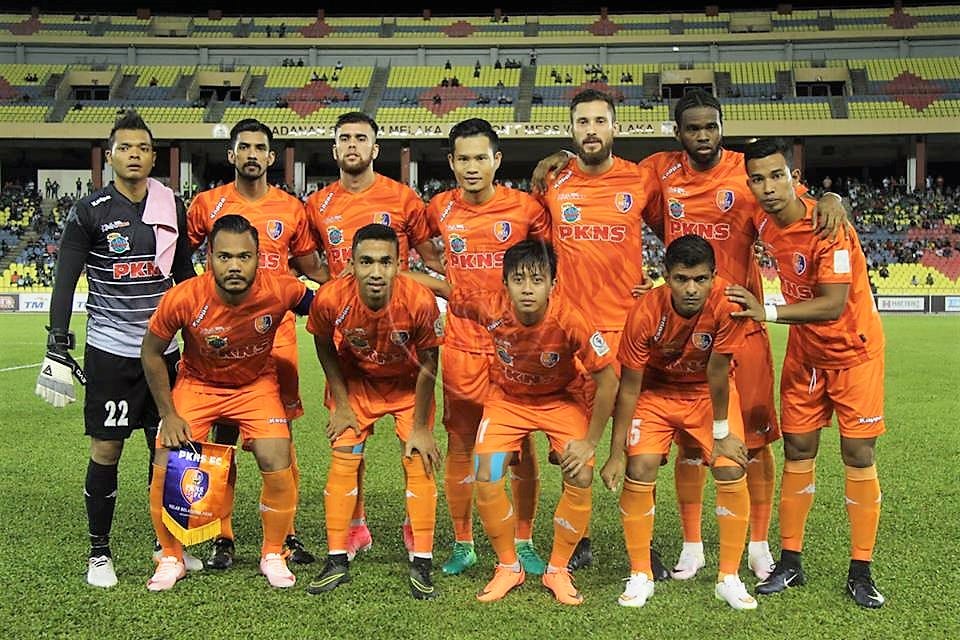 And Adam himself echoed the sentiment of contentment, when asked about his desire to take over on a permanent basis, having guided the Red Ants to safety.

He frankly responded that despite having been the club's caretaker coach for the second time in this season alone, he ultimately wants the permanent job to be handed over to a another, more experienced coach, as he would like to keep the job security he currently has as a staff member of the parent company.

The club are owned by Perbadanan Kemajuan Negeri Selangor (Selangor State Development Corporation), a state-owned corporation tasked with developing land and housing in the state of Selangor.

"Actually, I'm a Selangor State Development Corporation staff member, and my employment terms are different (than those of a full-time head coach).

"It's preferable for a better coach to take over at PKNS, and it's possible for us to go far if we make some changes in the roster.

"I am aware that I've shouldered the caretaker coach role twice, but the management wants a more renowned head coach so a more solid side can be formed. Furthermore, it's the team that is more important and not the head coach," he noted.

Adam also made an interesting revelation; that the bulk of his role is with the corporation and not the team it owns.

"When I hanged up my boots, I was hired by the property sales department which oversees rental units. But I was then transferred to the sports development department and now the majority of my day-to-day role concerns football.

"In fact, I do a lot of rapport building with state agencies, by organising (friendly) matches with their sports teams, just so that the company's dealings with the agencies can be done more smoothly," he confided.