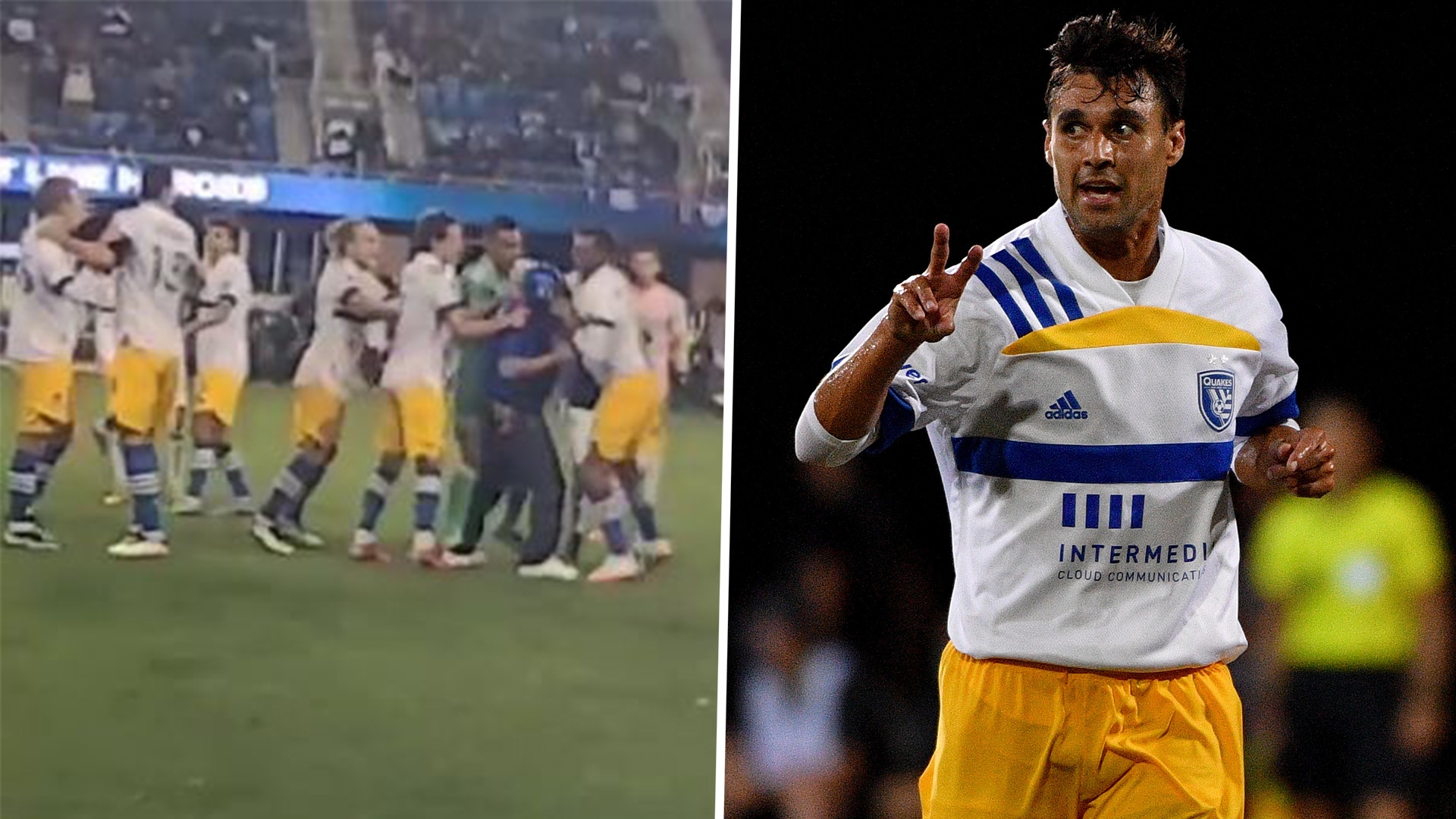 Chris Wondolowski is the record goalscorer in MLS and may have a future in WWE after taking down a pitch invader that threw a punch at a player during a friendly clash between San Jose Earthquakes and Cruz Azul.

Ugly scenes were sparked during a contest that was supposed to keep both teams ticking over during the October international break.

San Jose ran out 2-0 winners on the night, but the fixture will be remembered for a moment of madness from one of those in the stands that resulted in him being tackled on the field.

Tempers threatened to boil over at regular intervals during a game in San Jose that was full of passion despite no points being on the line.

At one stage, players from both sides came together for some pushing and shoving following a typically full-blooded challenge.

One supporter decided that he wanted to get in on the action and, after leaping over the advertising hoardings, found himself caught up in an on-pitch melee.

A punch was thrown through a crowd of players in the direction of San Jose midfielder Jack Skahan, with Argentine goalkeeper Daniel Vega having to step in.

Wondolowski then took matters into his own hands, with the intruder put into a headlock before being wrestled to the ground.

Who is Chris Wondolowski?

The 38-year-old California native is a MLS legend that has been on the Earthquakes’ books since 2009.

He is fast closing in on 400 appearances for the club, while 173 goals have been recorded – with 164 of those coming in league competition.

Wondolowski previously registered four MLS strikes for the Houston Dynamo, with that haul enough to carry him well clear of USMNT legend Landon Donovan (145 goals) at the top of the all-time scoring chart.

A vastly experienced frontman also represented the United States on 35 occasions between 2011 and 2016, with the target found 11 times while earning those caps.

He is currently tied to a one-year contact with the Earthquakes and looking to help them enjoy a positive end to the 2021 campaign that can still deliver a late push for the play-offs.