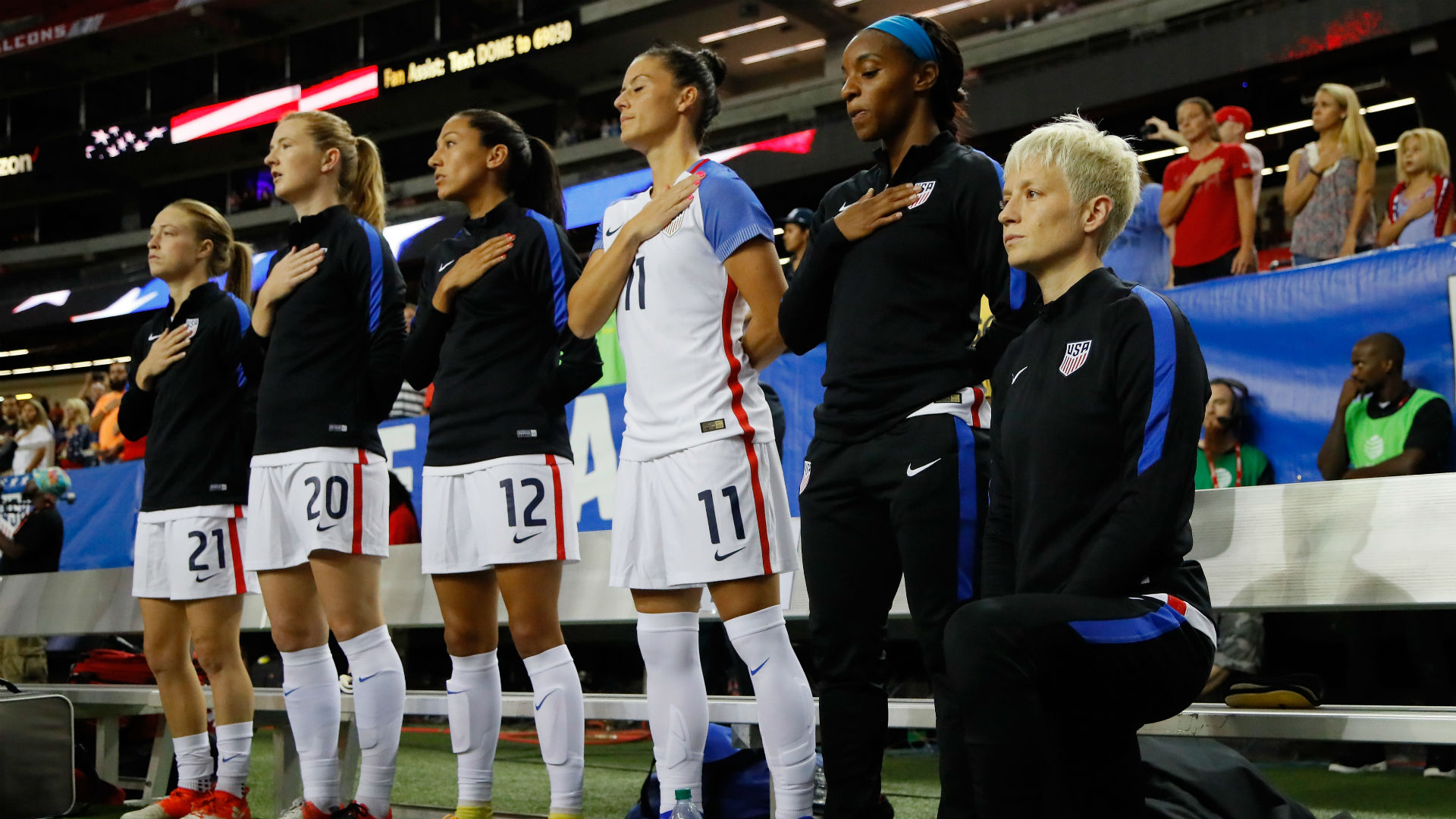 The federation has changed its bylaws after Megan Rapinoe knelt in protests in 2016.

U.S. Soccer has announced a change to its bylaws Saturday, requiring players stand during the pre-game national anthem.

The new policy states "All persons representing a Federation national team shall stand respectfully during the playing of national anthems at any event in which the Federation is represented."

Previously there was no official policy. This became controversial when women’s national team star Megan Rapinoe decided to kneel during the national anthem before games in solidarity with quarterback Colin Kaepernick, who did the same prior to NFL games, to protest social injustice in the United States.

Rapinoe also knelt before her games in the National Women’s Soccer League with the Seattle Reign.

New Policy added to @ussoccer bylaws: Players "shall stand respectfully during playing of national anthem @ which federation is represented" pic.twitter.com/fkVtCI1iHC