In the week in which the Gunners' long-time playmaker finally left the club, two of Mikel Arteta's new midfield stars led the way against Newcastle

If this is what Thomas Partey can do after just 25 minutes of football in two months, then Arsenal fans should be very excited.

The Ghana international had been limited to just seven appearances in all competitions since his £45 million ($58m) move from Atletico Madrid in the summer, with a thigh injury robbing him of the chance to lay down a marker at his new club.

He did show signs of what could be to come with a monstrous performance in the 1-0 win at Manchester United in November, but it has been a waiting game ever since while he has been consigned to the treatment room.

The 27-year-old is finally back fit, however, and against Newcastle on Monday showcased exactly why Arsenal were so determined to bring him from Spain as Mikel Arteta’s side recorded a dominant 3-0 victory.

Partey managed 67 minutes on his first start since a short-lived outing against Tottenham at the start of December, and gave a clinic in how to control the midfield alongside the equally impressive Granit Xhaka.

Before he was replaced by Mohamed Elneny, Partey had completed 55 of his 58 passes, won possession nine times and set up the opening goal of the night with a wonderful assist for Pierre-Emerick Aubameyang.

He also played a key role in the second goal, starting the move that led to Emile Smith Rowe setting up Bukayo Saka for his fourth of the season.

This was an Arsenal side that showed that there are exciting times ahead. 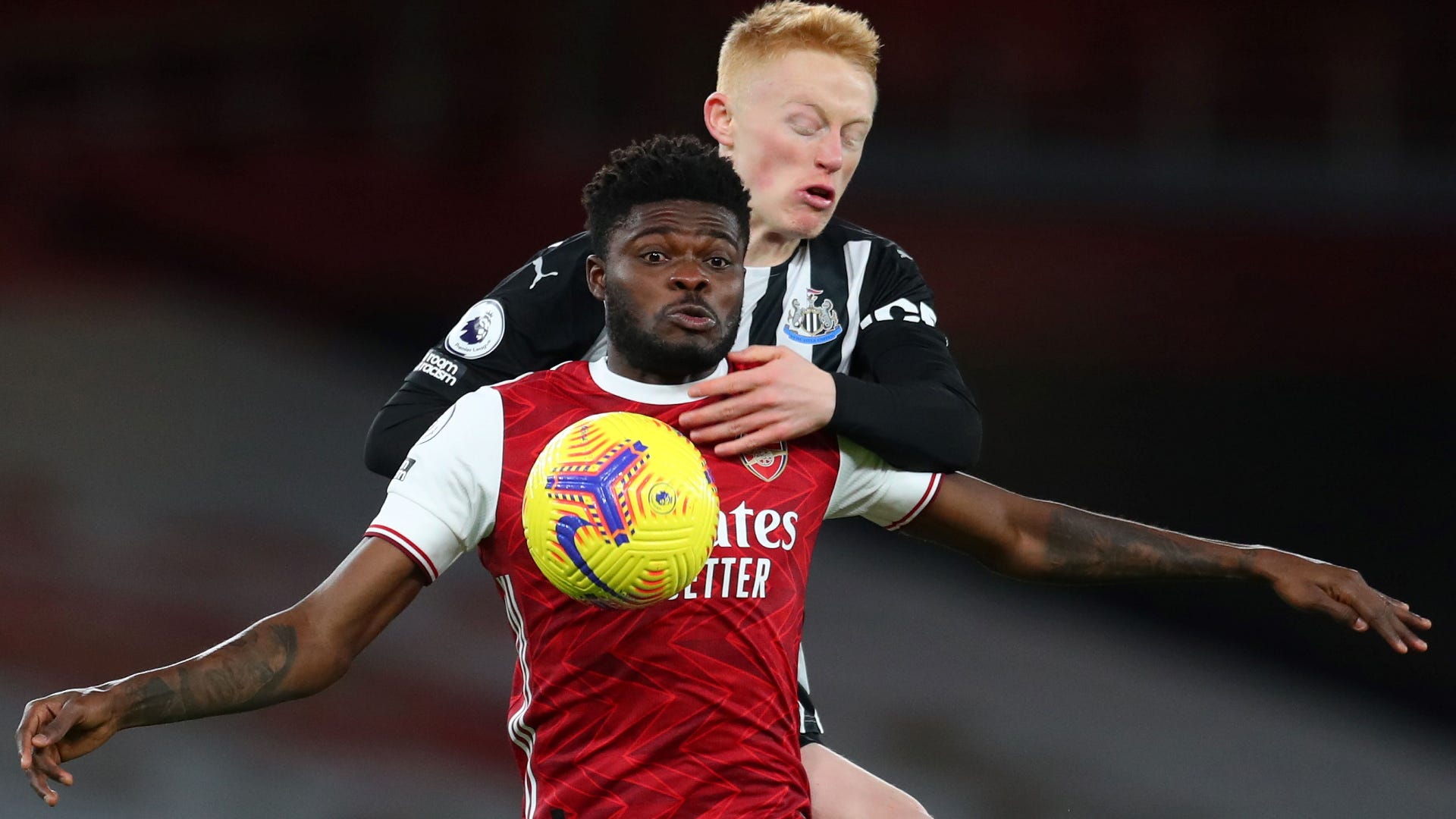 It has been a difficult season for the Gunners, on and off the pitch, but things are slowly coming together and they should be able to approach the second half of the campaign with real optimism.

Partey gave fans a tantalising glimpse of what could be to come over the coming years against Steve Bruce's side, and in Smith Rowe they have an attacking talent who is getting better by the week.

Mesut Ozil may now be consigned to Arsenal history, with the German in Turkey putting the finishing touches on his move to Fenerbahce, but Smith Rowe is showing he has what it takes to fill the creative void left by the former Real Madrid star.

The 20-year-old has now made 10 appearances in all competitions this season; he has either scored (two) or registered an assist (five) in seven of them.

His assist here for Saka encapsulated everything that is good about his game: driving forward down the left, beating his man and picking out his fellow academy graduate with a perfect cross which was begging to be turned home.

It was Smith Rowe’s third assist since Christmas, adding to ones against Chelsea and West Brom. No other player in the Premier League has registered more in the same period. Many questioned whether the youngster was ready to step up to the senior side, but his performances now are making a mockery of that suggestion.

For all of their struggles this season, Arsenal have now won five of their last six and kept five clean sheets in a row. You have to go back to 2009 for the last time they managed the latter. 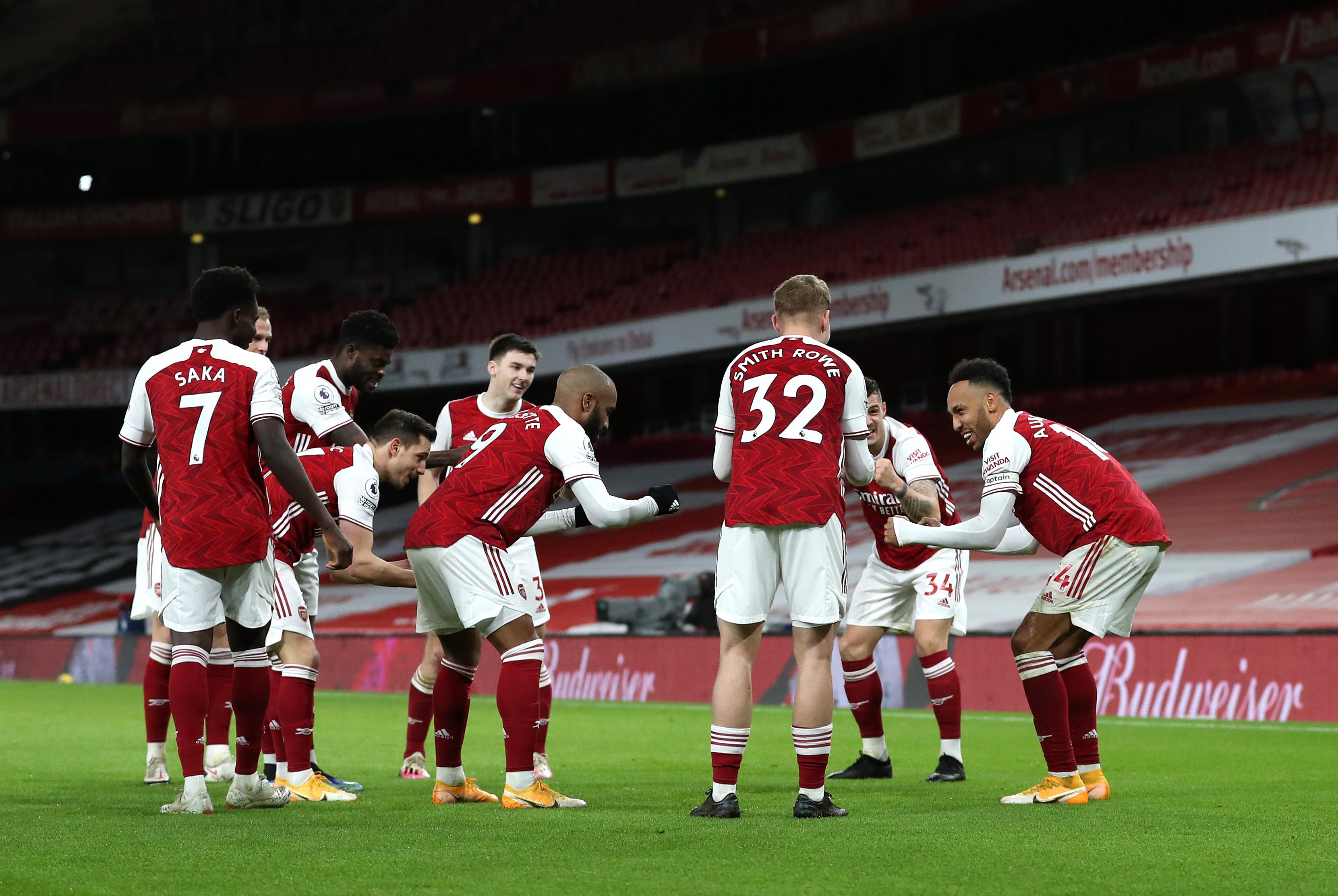 Xhaka is on his best run of form for a long time, Partey is back, Smith Rowe and Saka are starring up front and Aubameyang is back scoring goals.

The Gunners skipper missed a couple of opportunities in the first half at the Emirates Stadium, but his brace after the break has taken his tally to four goals in his last six games.

The way he finished off Partey’s superb pass soon after the interval will have delighted Arteta, and after Saka had added a second, the Gabon international slotted home from Cedric Soares’ cross to seal a fine win.

It has been a difficult few months for Arsenal, but the start to 2021 has been encouraging.

An injection of fresh blood has given Arteta’s side a new lease of life, and now Partey has returned to add even more quality into the mix.

Ozil may be gone. But it is a case of out with the old and in with the new in north London.